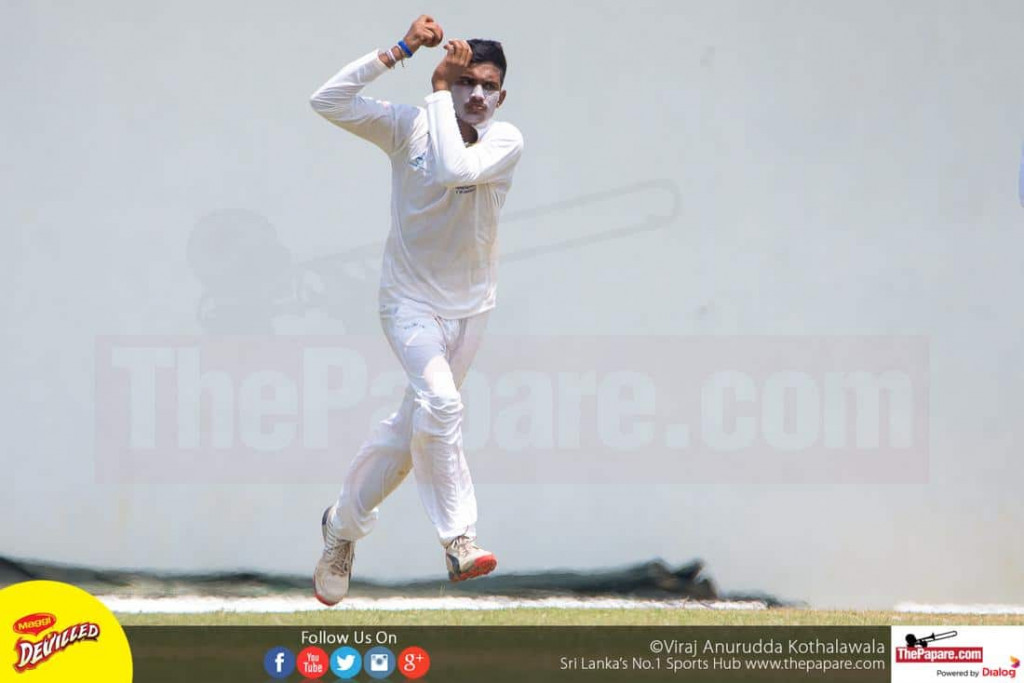 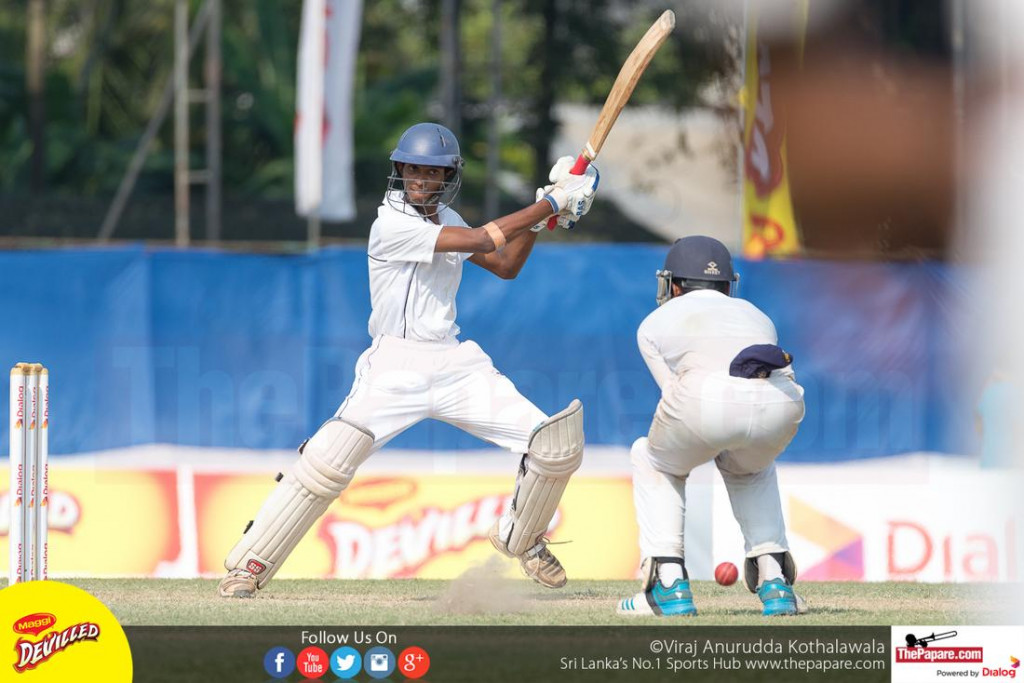 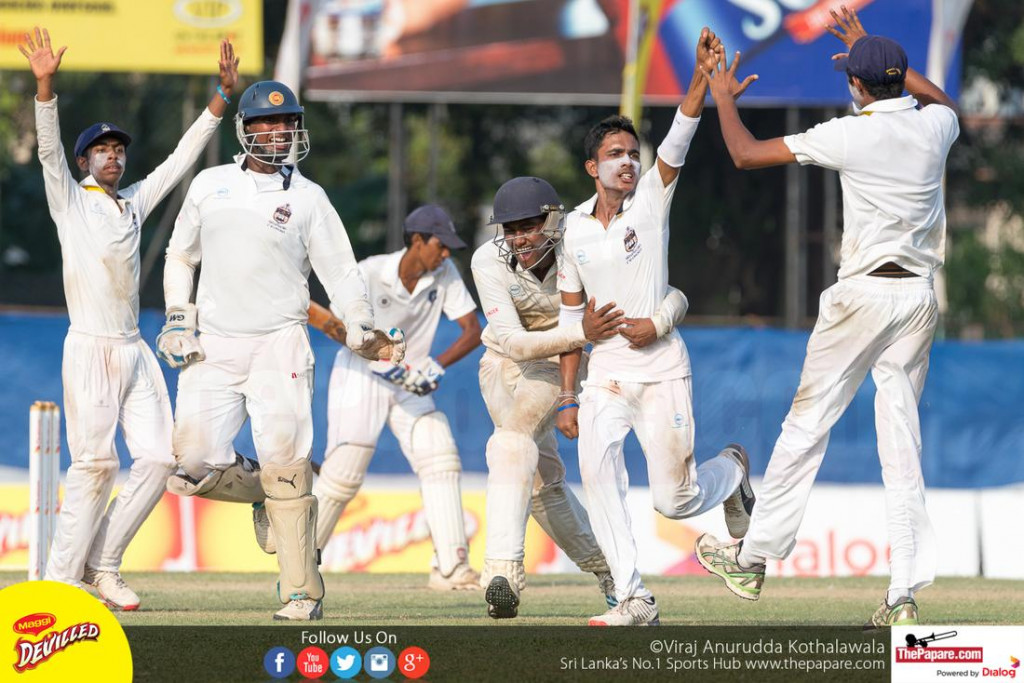 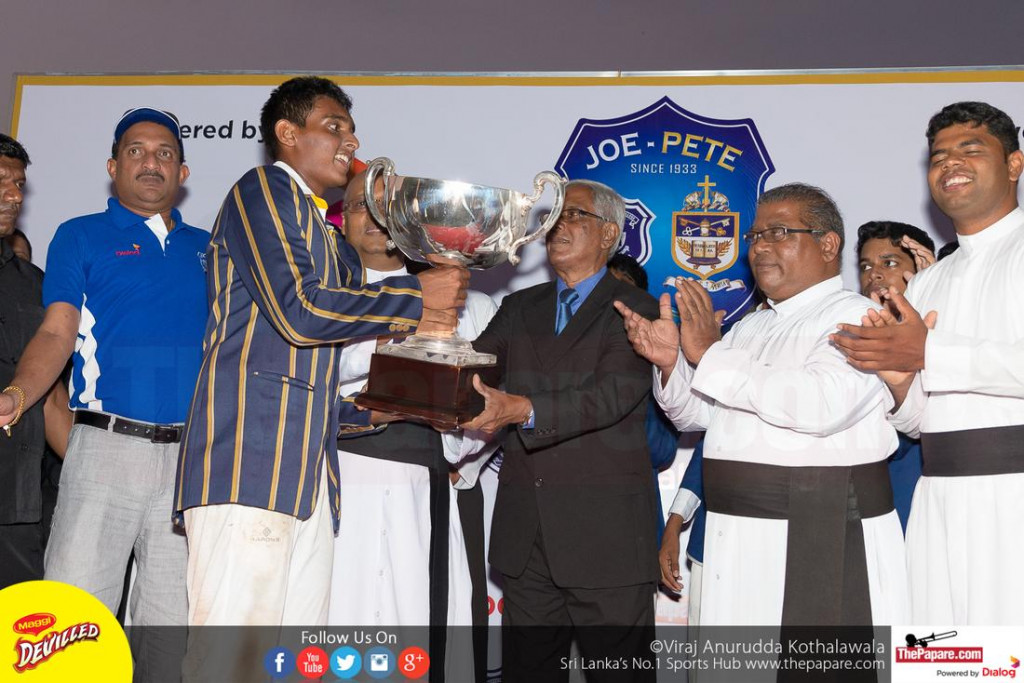 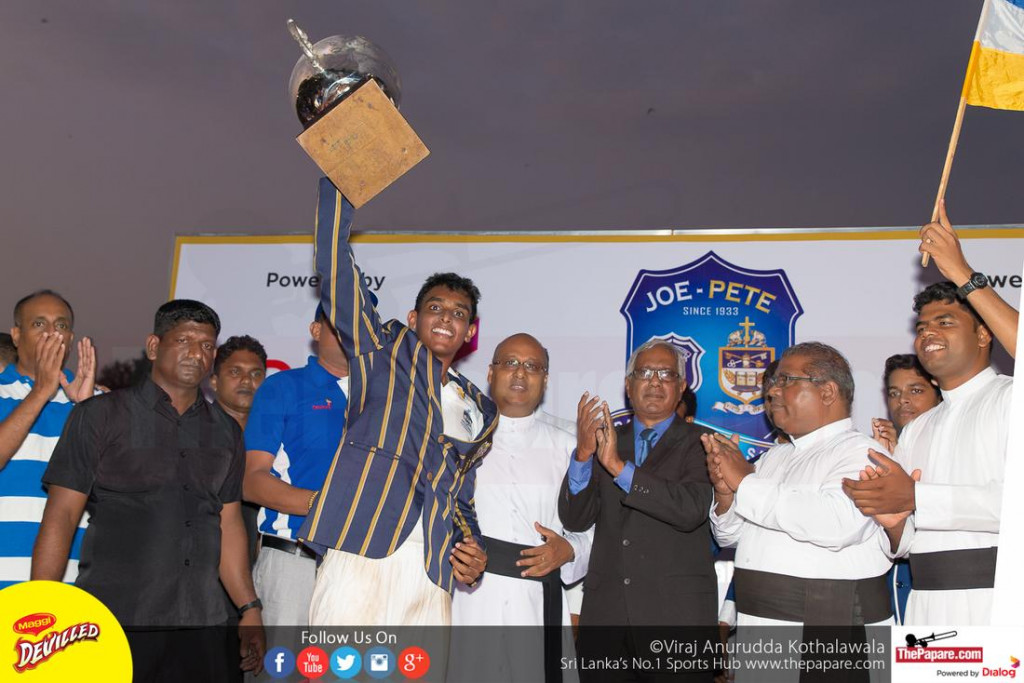 The match organizers awarded the victory to St. Peter’s College in their 82nd Battle of the Saints against St. Joseph’s College after crowd invasions and bad light prevented the Peterites from crossing the winning line on Saturday at P. Sara Oval stadium.


The umpires abandoned play at 6.20pm with the Peterites needing just 7 runs to win with more than 2 overs to spare in the final hour of play after a spectacular game of cricket ended in an unruly manner.

The Josephians fought valiantly to take the game to wire thanks to some gusty knocks by their spirited batsmen throughout second day’s play after starting the game with an overnight score of 28 for no loss.

Opener Revan Kelly was the first to be dismissed when he was controversially caught by Lakshina Rodrigo off Ravindu Silva when the score was 43.

Skipper Sandaruwan Rodrigo made 31 before he was caught excellently by Inesh Fernando at mid-wicket off Taneesha Weerakoon in the 25th over. The Josephians lost the prized scalp of Jehan Daniel when he played down the wrong line off Vinu Mohotty but one-drop batsman Nipun Sumanasinghe batted extremely cautiously to make a stubborn 103-ball 51 before Inesh Fernando ran him out after the lunch break.

Left-hander Pahan Perera and Neran Goonathilake battled for more than 100 balls to save the game before Perera was given LBW off Weerakoon for 30.

Wickets continued to tumble but the Josephians fought hard to save the game especially Goonathilake who made a courageous 173-ball 72 but the Josephian second innings ended in the 108th over with the score on 263.

Weerakoon was the pick of the bowlers once again taking 4 scalps to end with a staggering 10-wicket haul.

The Peterites needed 66 runs to win in 12 overs in fading light. Lakshina Rodrigo steered the chase with a superb 21-ball 32 but the umpires called off the game due to bad light when the score was 59 for 4 in 9.2 overs.

Earlier on day one, St. Peter’s led by three half-centuries scored by their left-handed batsmen, Hashan Wanasekara, Manelker De Silva and Ranmith Jayasena guided them to 304 in their allotted 60 overs. The Josephians in reply were bowled out for 106 with Taneesha Weerakoon taking 6 for 33 to completely destroy the Josephian batting.