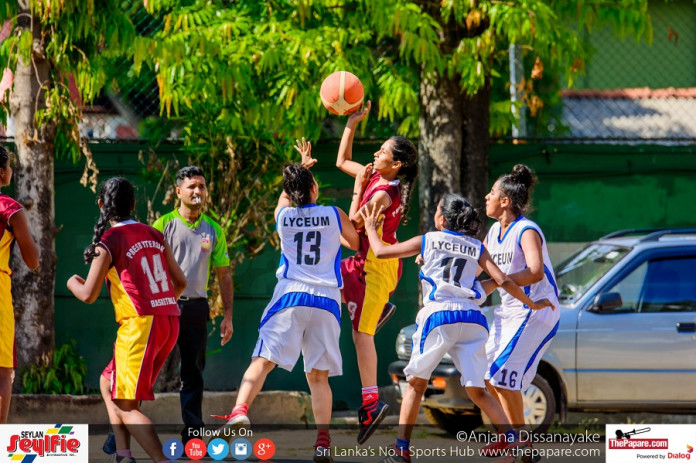 The final match of the tournament which was played after the consolation final between Presbytarian Girls School, Dehiwela and Lyceum International Nugegoda was halted right after half time due to bad weather conditions. The game was awarded to the girls from Nugegoda as the coaches discussed and came to a decision to move forward with the awards ceremony as the Nugegoda lasses were very dominant and they were clear winners as the scores read 30 points to 6 points at half time.

In the consolation final between Lyceum International and Presbytarian Girls School, the game was a tight contest as both teams wanted to give their supporters something to cheer about. However the girls from Dehiwala made sure they had the last laugh as they defended with a lot of enthusiasm to extend their half time score of 12 points to 25 points, while Lyceum only could muster up 18 points.