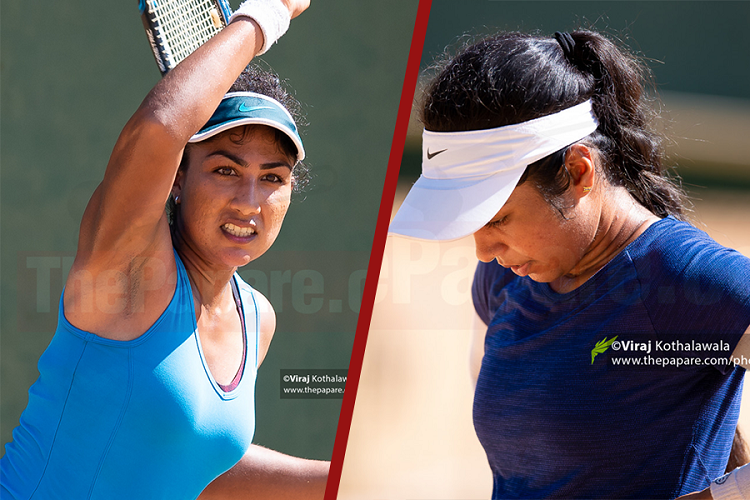 Rukshika Wijesooriya, re-entering the local tennis circuit after a stint in the USA, left no space for error between herself and a second Major title at SSC. She beat Kavindya De Silva, a class player on her day, 6/2, 6/1 in the final battle.

Rukshika Wijesooriya – Road to the final

Due to the lack of local tournaments in her resume, she started the tournament without a seed in the draw and was placed in the bottom half of 16. Receiving a Bye in the first round, Rukshika faced tournament second seed Oneli Perera in the quarterfinals who she surpassed quite comfortably in straight sets (6/0, 6/4).

Wijesooriya continued her dominance in the semifinals, over 3rd seeded Fed Cup represent Savini Jayasooriya, who ultimately retired at 5-0 down in the first set, due to an injury. With this, Wijesooriya booked her place in the final.

Once a celebrated player in the junior national pool, Kavindya De Silva made her comeback to the local circuit at the SSC Open 2019. Kavindya’s quarterfinal opponent was tournament top seed Janali Manamperi.

Manamperi captured the first set with each giving away just a game, but De Silva broke back with a break of serve 6/4 to take the match into a deciding third set. After a grueling final set, Kavindya pulled out the experience card to pull through with a 7/5 win to proceed to the semifinal. (1/6, 6/4, 7/5)

Kavindya’s next victim was 4th seeded Ochinthya Fernando whom she dismissed with a brisk 6/3, 6/0 win. With this win, Kavindya walked into her first final after a lapse of 5 years.

However, Rukshika wasted no time in sending De Silva packing, handing her a straight set defeat. Final scores read 6/2, 6/1. This is Rukshika’s 2nd Women’s title at the SSC Open, the first being in 2017. She won a triple crown in 2017, winning the U18 Girls as well as the Women’s Doubles to complete the triple.