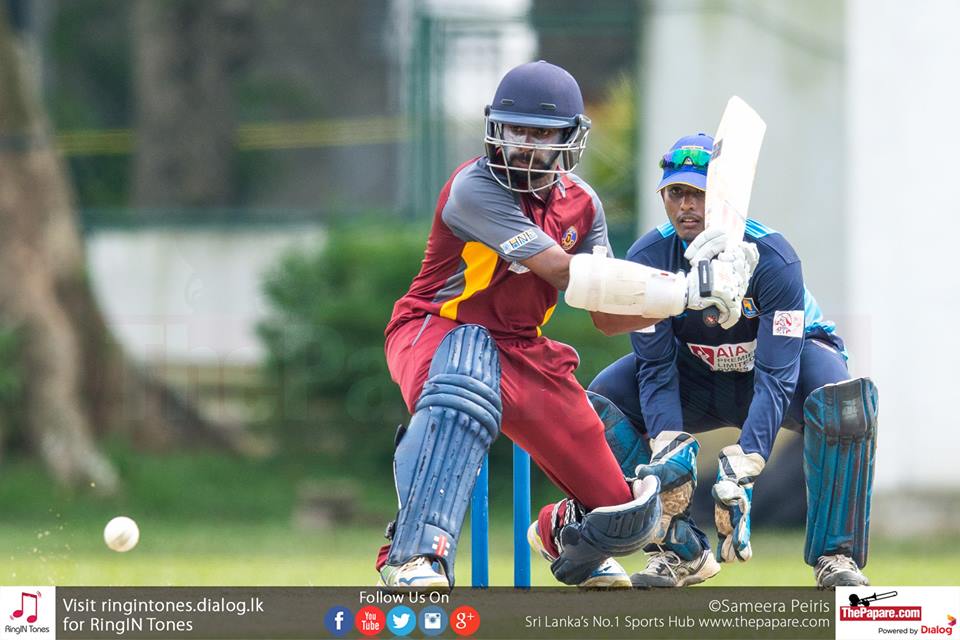 SSC, Colts, NCC & Bloomfield advanced to the semi-finals of the AIA Premier Limited Overs Tournament 2015/16 conducted by SLC after a rather disappointing couple of weeks due to rain as the group stage matches came to an end on 16th December.

Colts CC, the defending champions topped group A while last year’s runners-up SSC won group B convincingly.
On the final match day on Wednesday, four matches were abandoned without a ball being bowled due to heavy rain over night while in the other games, Sri Lanka Army Sports Club and Galle Cricket Club won pretty easily.

The Soldiers recorded a convincing 10-wicket win over Chilaw Marians CC with over 260 balls remaining at FTZ grounds in Katunayake.

After being sent in to bat first, Moors posted 220 runs in their allotted 47 overs. Right-handed Sachithra Serasinghe clamped 78 off 78 balls with 4 fours and 3 sixes. Left-arm spinner Chalana De Silva grabbed 3 wickets. When bad light intervened play, Galle CC were 204 for 4 in 38 overs with experienced Chamara Silva and young Dulash Udayanga not out on 64 and 55 respectively.
According to the D/L calculations, the hosts’ were 48 runs ahead of the target.

The poor scheduling of the matches in spite of heavy rain resulted in some of the top teams from being knocked out well before the group stage games ended. Teams like Saracens Sports Club were the highly affected clubs as 5 matches out of their 6 ended as no result and the other game they won convincingly. Galle CC were the least affected as only one game ended as no result for the newly-promoted club. Some of the matches were abandoned due to poor drainage systems in grounds like Moors grounds, Bloomfield grounds and CCC grounds.