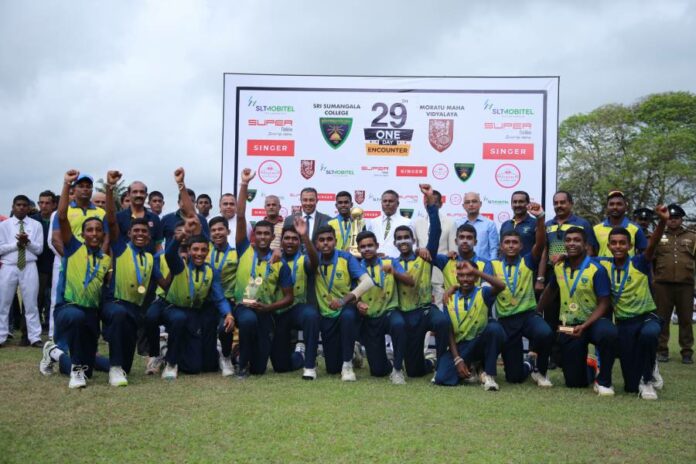 Sri Sumangala College beat Moratu Maha Vidyalaya by 99 runs to win the 29th Battle of the Golds One Day encounter which was worked off today (31st July) at De Soysa Cricket Stadium in Moratuwa.

After been put into bat first, Sri Sumangala College posted 218 runs on the board. The opening batter Duranka Silva (45), Senira Lithmin (42), Prabash Jayasekara (38) and Heshan Jayalath (35) chipped in with useful contributions with the bat for the lads from Panadura.

Madura Gimhana and Malith Rupasinghe were the chief wreckers with the ball for the Moralians as they snared 3 wickets each.

In reply, Moratu Maha Vidyalaya struggled with the bat as they were bowled out for just 119 runs handing a 99-run win for the Pandaura boys.