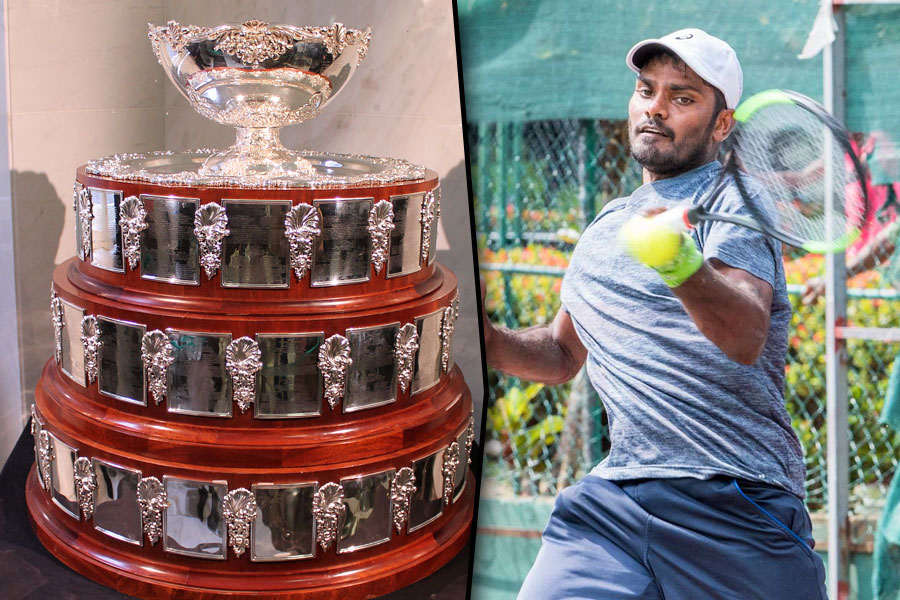 It will be a do-or-die battle for the island nation as they are set to host the Group III tie of the Tennis World Cup; the Davis Cup from the 17th to the 22nd of July; Sri Lanka will be fighting for a promotion going head to head against nine nations.

Colombo will once again play host to an important Davis Cup tie as the Group III Asia/Oceania..

The Davis Cup, referred to as the World Cup of tennis, is the premier men’s tennis event competed by a total 130 nations around the world. The championship that started in 1900 completes its 117th year with Argentina having claimed the most recent triumph last year. Played as a team event, each country is matched with each other and the winner is decided by playing five games that include four singles and a doubles match.

Sri Lanka first joined the competition in the year 1953 and has been in the competition ever since. The Sri Lankans faced a strong Netherlands team in their first ever Davis Cup tie and lost 5-0.

It took the Lankans five years to record their first ever Davis Cup victory and it was against Malaysia that the team registered a 3-1 win in 1958. Since then Sri Lanka has played a total of 129 ties and have been on the winning side on 60 occasions while losing 69.

Due to the complexity of the tournament, the tournament was divided into regions and later divided into groups to ensure fair competition amongst the nations. Sri Lanka was first grouped in Group II in the Asia-Oceania Zone in the year 1988 and the Lankans managed to survive, winning against Malaysia and losing out to Pakistan.

It took Sri Lanka three years to get themselves promoted to Group III and later climbed to Group II in 2010. In 2010, Sri Lanka had a tough task to hold on to their status as they faced New Zealand and Hong Kong. The Islanders went down fighting and were soon relegated once again.

It was the valiant efforts of the 2011 team that reincarnated Sri Lanka’s status as Harshana Godamanne together with Oshada Wijemanne took Sri Lanka’s aspirations forward. The 2011 team was one of the best and had the likes of Godamanne, Wijemanne, Dineshkanthan Thangarajah and Rajeev Rajapaksa.

From the promotion in 2011, Sri Lanka has been able to survive in the Group II of the Asia Oceania group going head to head with nations who had the services of experienced players.

Between the years of 2013 & 2015, Sri Lanka managed to win the relegation tie that helped them stay in the main competition and not get demoted.

However, in 2016, Sri Lanka missed the trick unfortunately and lost to both Thailand and Indonesia in their group II games. The Lankans put up an impressive performance against Thailand which was the 1st round game but lost 3-2.

After the disappointing loss, Sri Lanka was tied up with Indonesia and that resulted in one way traffic as hapless Lankans were served a 5-0 loss in Jakarta, Indonesia.

Sri Lanka dropped down to 78

Sri Lanka’s loss against Indonesia resulted in the nation dropping nine places in the Davis Cup World Rankings and are currently occupying the 78th position with 32.5 points.

Uphill task for the Islanders

Sri Lanka are now back in Group III and have a daunting task ahead of themselves to make their way back to the upper division. The last time such an occurrence happened, the Group III tie took place in Colombo and the hosts emerged victorious.

The 2011 match-winner and Sri Lanka’s tennis veteran still continues his services for the country and will be looking to take his country over the hurdle; this time with a new set of players.

Nine teams will play the Group III tie that is scheduled to take place at the Sri Lanka Tennis Association on the 17th and only two teams will advance to the next group.

ThePapare.com will be bringing you live action of the Davis Cup Group III Asia Oceania event that starts on 17th of July 2017.