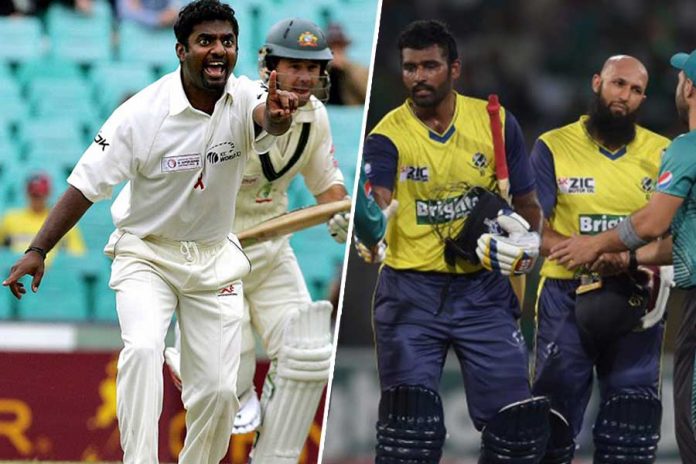 A World XI led by England’s limited overs Captain Eoin Morgan will take on the T20I World Champions West India in a T20I at Lords on the 31st of May 2018. This match will be played as a fundraiser to renovate several Cricket Grounds in the Caribbean Islands, which were damaged as a result of hurricanes Irma and Maria last year.

Eleven players from seven countries have confirmed their participation. So, as the world awaits what promises to be an epic T20I contest at the home of the game, we Sri Lankans look back at the contributions made by our own heroes for the World XI in the past.

Looking back at the history of World XIs, the first team with players from all over the world was formed way back in 1965. The team which was led by New Zealand’s John Reid toured England for 3 first-class matches. This team, which was called Rest of the World XI, won the series 1-0. In 1966 the Rest of the World XI led by Australian Bob Simpson participated in the Rothmans World Cup played in England. The tournament was eventually won by England XI.

Carlos Brathwaite will captain a star-studded Windies side in the Hurricane…….

Although they were played as Test matches, Test Status of these games was revoked by the ICC later. In 1971 Rest of the World XI toured Australia, once again because South Africa cancelled their tour. Test status was revoked from this series too. Sir Garfield Sobers led the Rest of the World XI on both occasions and his team won on both occasions.

The next instance in history where a World XI featured was the controversial World Series. A team named WSC World XI which was led by Tony Greig featured in this series. This series was played in the late 70’s.

An exhibition match was played between Asia XI led by Pakistan’s Wasim Akram and World XI led by Englishman Alec Stewart in 2000. This match which was played at the Kennington Oval London was won by Rest of the World XI. Sri Lankan Aravinda De Silva played for Asia XI.

In 2000, the ICC announced the ICC Cricket Week 1999/00. This series featured just one 50-Over match in which Asia XI took on Rest of the World XI in Dhaka. This was the first time in history where ICC officially announced a World XI, but still this match was not granted ODI status. Wasim Akram and Mark Waugh led Asia XI and World XI respectively. Sri Lanka’s Sanath Jayasuriya, Aravinda De Silva, Chaminda Vaas and Muttiah Muralitharan played for Asia XI.

For the same cause, New Zealand hosted a World XI for 3 50-Over matches and a 10-Over match. None of these matches were granted international status and they were played solely for charity. Sanath Jayasuriya, Kumar Sangakkara, Chaminda Vaas and Muttiah Muralitharan were members of this World XI which was formed by the Federation of International Cricketers’ Association (FICA).

During the early 2000s Australia were considered unbeatable (the team is still believed to be the greatest team of all time) so the concept of gathering the world’s best players in the same team developed and as a result the ICC Super Series happened in 2005.

A World XI consisting of the world’s best players at that time toured Australia for 3 ODIs and 1 Test match. Proving their dominance Australia led by Ricky Ponting beat the World XI in all 4 matches. Two South Africans Shaun Pollock and Greame Smith led the World XI in ODIs and Tests respectively.

Sri Lanka’s Kumar Sangakkara played in all three ODIs and scored 138 runs at an average of 46. Muttiah Muralitharan played in all 3 ODIs and took 5 wickets. He also played the Test match at Sydney and grabbed a match bag of 5 for 157.

The next assignment for the World XI was the 2017 Independence Cup in Pakistan. This was a 3 match T20I series played with the motive of bringing back International cricket to Pakistan. Pakistan won this series 2-1. Thisara Perera was the only Sri Lankan to feature in this series. He scored 96 runs and took 6 wickets, playing in all 3 matches. Thisara Perera will also feature in the forthcoming Hurricane Relief T20I.