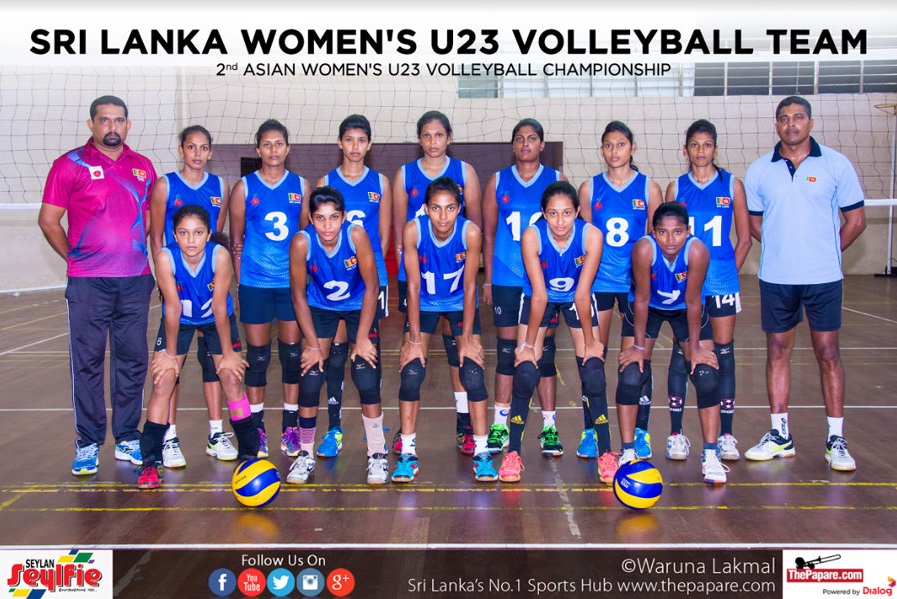 The 2nd Asian U23 Women’s Volleyball Championship is scheduled to commence on 13th of May at Nakhon Ratchasima in Thailand and the Sri Lanka U23 Women’s National Volleyball team will represent Sri Lanka under group “C”. They will be leaving for Thailand on the 10th of May.


The “A” and “B” groups consist of 3 teams while the “C” and “D” groups have 4 teams each. Sri Lanka has been drawn in pool “C” alongside Chinese Taipei, Kazakhstan and Australia where Chinese Taipei and Kazakhstan placed 5th and 9th respectively in the previous championship which was held in 2015. Sri Lanka and Australia are participating in the competition for the first time in history.

Although it is the men’s teams who have been able to gain much recognition in the Asian level, the women’s teams also have always been able to secure a place among the top 10 teams in the Asian level. The Junior National Women’s team placed among the top 8 teams in 2014 Asian Junior Volleyball Championship while the Sri Lankan Women’s National team grabbed the Silver medal in 2016 SAARC games which was held in India.

Practice and the coaches 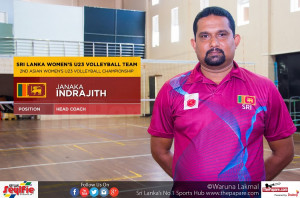 Janaka Indrajith has coached many National level squads of several age groups since 2005 and is assigned duties as the Head Coach of the Sri Lanka U23 Women’s National Volleyball team. He has successfully completed both the first and second stages of the coaching course conducted by the International Federation of Volleyball and also has obtained a special diploma in coaching. He also coaches the women’s Volleyball team of the National Youth Services Council. 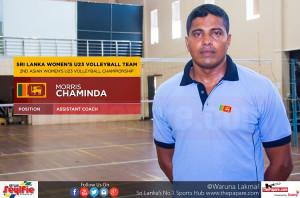 Moris Chaminda is appointed as the Assistant Coach of the Sri Lanka U23 Women’s National Volleyball team. He represented the Sri Lanka National Volleyball team as a senior player in 2014 and 2015 and this will be his first international tour as a coach. He successfully completed the first stage of the coaching course conducted by the International Federation of Volleyball while playing for the Navy Sports Club and also has completed a technical course in ball setting. 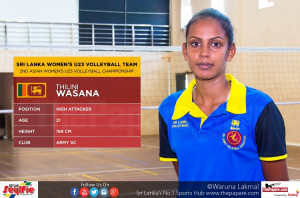 Thilini Wasana – She is given the responsibility of leading the team in the upcoming championship. Being a student of Anamaduwa Central College, she has represented the Junior Women’s National Volleyball team from 2010 to 2012. She also secured a place in the National team in 2015 and 2016 and is currently playing as a High Attacker of the Army Sports Club. 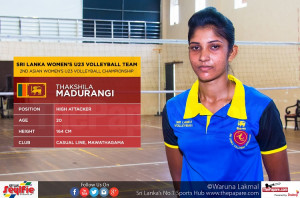 Thakshila Madurangi – She is appointed as the Vice-captain of the team and she is also the Captain of Mawatagama Casual Line Volleyball team which was a revolutionary team in the previous year. It was under her Captaincy where a team which represents the Mercantile Volleyball Tournament qualified for the finals of a National level competition for the first time in history. She is a High Attacker and she also has represented the Youth Women’s team in 2012, Junior team in 2014 and the National team in 2016. 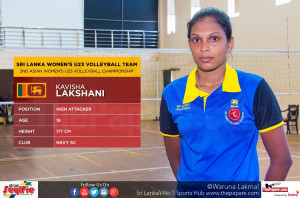 Kavisha Lakshani – Being a product of Dharmapala College, Eheliyagoda, she captained the Junior National team in 2014. She represented the Youth National team and has also participated in a foreign tour in 2014 as a member of the Sri Lanka Schools team. She currently plays for Navy Sports Club.

Although the team is practicing hard for the upcoming championship, it still lacks a main sponsor. However the Ministry of Sports has provided the nutritional food, accommodation and the stadium facilities. To come up in the Asian level the existing facilities must be developed and what lacks should be provided to them.

However, the team practices with the hope of reaching the top 8 in the tournament and it’ll certainly be much easy if they’ll be able to qualify for the top 2 teams in group “C”.

“We have a very big challenge. But it’s not impossible.” The Head Coach Janaka Indrajith said with confidence.

We, Thepapare.com wish all the very best for the Sri Lanka U23 Women’s team which will be leaving for Thailand on the 10th of May for the Asian U23 Women’s Volleyball Championship. Even you can convey your wishes below and keep in touch with Thepapare.com for further updates.