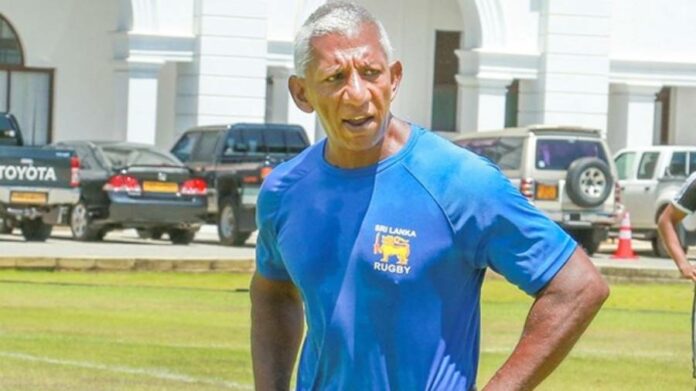 A legend in the Sporting Industry, Kreeda Bushana Chandrashan Perera, passed away in the evening hours today (24th) in Negombo.

A romantic of the game of Rugby, Chandrashan Perera excelled as a national rugby player and went on to Captain the national team. He was a ruthless winger and a fierce defender for both CH&FC and the Sri Lanka Tuskers. He was also a gifted cricketer having played first-class cricket and later on went on to being part of the national cricket team as the Media manager. 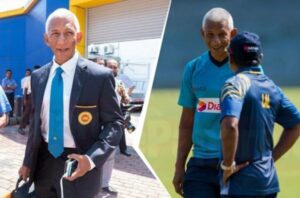 After hanging up his boots, Chandrashan contributed to the game of rugby and sports in general on multiple fronts. He was a national coach who generously imparted his vast knowledge to many young generations of rugby players. A fitness fanatic, Chandrashan was as fit as a fiddle and worked as a fitness trainer for sportsmen and women of multiple disciplines. He was also an administrator of repute and was once the Chairman of National Rugby Selectors.

To the sporting community, especially the fans of the oval-shaped ball game, Chandrashan Perera’s voice was synonymous with the game of Rugby. If he was not commentating on the game, his was the voice that was spurring the crowds on at the grounds. Chandrashan had a unique way with his words, he was a sought after motivator, host and compere who could address any gathering and command its attention.

Chandrashan was diagnosed with a rapidly progressing case of Parkinson’s Disease and degeneration of the spinal cord in 2018. 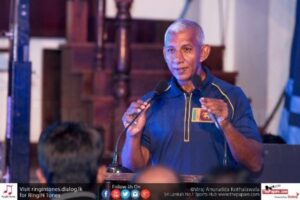 In 2019 he received the Life Time Award of Excellence with the Honorary Title ‘Kreeda Bhushuna’ (ක්‍රීඩා භූෂණ) at the Presidential Sports Awards for his dedicated service and determined commitment to the development of Sports in Sri Lanka. This was an accolade he held very close to his heart and treasured dearly.  The rugby community came together at the Havelocks Sports Club to honor this legend and frail health nothing could not take away his fierce spirit as he managed to inspire even while sitting in a wheelchair at Havelock Park.

With heavy hearts, we bid adieu to an incredible legend who has inspired many generations of Sri Lankans.