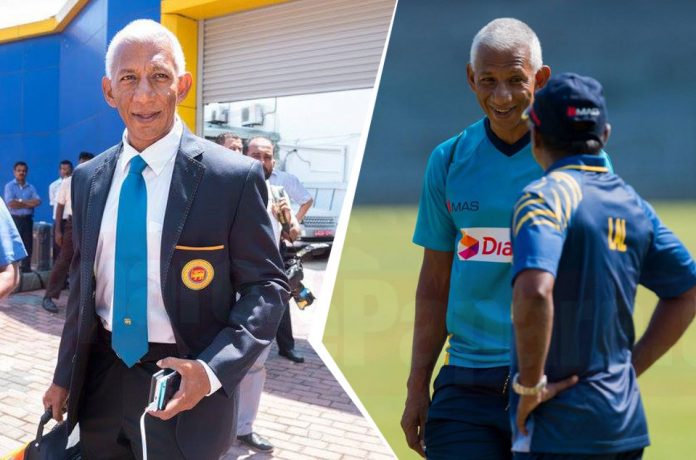 Fresh into journalism when England were in town in 2001, this scribe wasn’t too aware of media and broadcasting rights back then.

BBC was at loggerheads with Sri Lanka Cricket after being chucked out of the Galle International Stadium. The broadcasting rights for the series had been bought by a new British radio entity called Talk Sports but BBC, having covered the game for decades too, were doing ball by ball commentaries despite not having the rights. To this Talk Sports objected. The end result was BBC being thrown out of the ground. The job was entrusted to SLC’s Media Manager Chandrishan Perera. 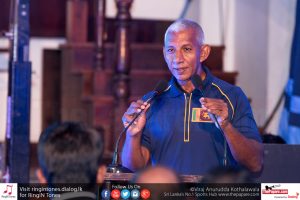 Jonathan Agnew, the former England fast bowler and BBC stalwart was literally shooting the messenger as he got into an argument with Chandrishan. Agnew was basically trying to bully Chandrishan, given he was representing one of the world’s strongest media entities. But the fact of the matter is BBC were guilty of copyright infringement.

“Shan, what I have in my hand is a satellite phone. If I pick up this phone and speak, the entire world will hear,” Agnew said in a threatening voice.

Pointing to his mobile phone, Chandrishan replied, “Here’s the f***ing phone mate. Take this and tell the world that you b******s had been downright cheats.”

That incident left a lasting impression on this writer, marveling at Chandrishan’s personality. He certainly didn’t suffer fools gladly. He was SLC’s first ever Media Manager, brought in by Thilanga Sumathipala. Chandrishan established the cricket board’s Media Unit that has done much to popularize the sport among the public.

Chandrishan would return to SLC for a second stint as Media Manger in 2015.

He travelled with the team to England with Angelo Mathews as the captain in 2016. 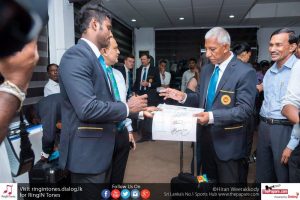 The last Test was played at Lord’s. The game ended in a draw with only 12 overs possible on the final day due to rain.

Sri Lanka’s ODI players had arrived at the ground in the hope of getting some training in but no practice was possible as it was raining.

When the journalists traveling with the team informed the Media Manager that they were interested in talking to Upul Tharanga, he called over the few of us to the pavilion. There was not much activity, but the stewards would not let us into the pavilion area as some of us weren’t properly dressed. Despite all its charm, Lord’s can be a funny place with the stewards following rules to the letter. There was nothing wrong with our attire but a few of us didn’t have blazers on, which was a requirement to enter the Lord’s pavilion.

Thankfully Chandrishan intervened. He told the stewards that with rains getting heavier, there was no other place for us to do the interview but the pavilion. Shan had few peers when it came to the command of the language.

Chandrishan represented the country in rugby and was an accomplished First Class cricketer. He played both games in England as well having gone there for higher studies.

Media Manager was not the only role he played in cricket. His services were also sought after as a trainer. Former Test captain Sanath Jayasuriya holds him in high esteem.

“I believe that Shan should be given an opportunity to look after the fitness of our young players. He is a tough guy but fair. He works extremely hard and his ways are unique,” Jayasuriya told The Papare.com. 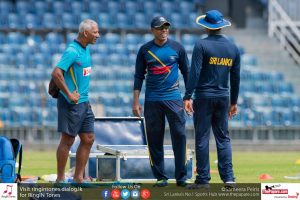 “The way he motivates young players is fabulous. Personally, he has been a great strength to me. I worked with him after my knees were operated on. He gradually increased my workload and thank god I am hundred percent fit now. I am seriously missing him. Everyone at CCC are also missing him. He is a great bloke treating the minor staff at the club in the same way like he would treat the CEOs. We all hope he will get well and be back soon training us. There’s much more he can contribute to Sri Lankan cricket and rugby,” Jayasuriya added.

Shan’s illness gives us a grim reminder about the dangers of playing contact sports. Compression of nerves becomes a common occurrence playing rugby and they can bring down even some of the fittest men. But if we  know one thing about Shan, is that he is a fighter. We wish a speedy recovery to a dear friend and one of the true legends in the sporting arena.