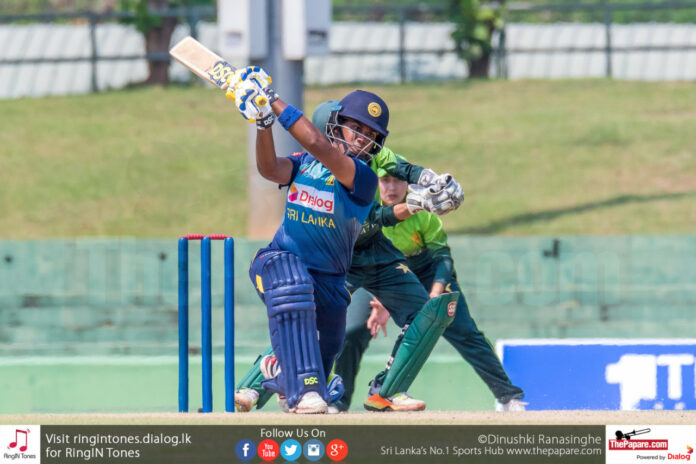 The Sri Lanka Women’s Cricket Team’s 1st Tour of Pakistan since 2006 is set to commence tomorrow (24) with the 1st T20I in Karachi.

Leadup to the series

Having had a long time away from the game due to Covid and other difficulties since 2020, this will be Sri Lanka’s 1st bilateral series since December 2019. Their last international outing was back in January, when they won the Commonwealth Games Qualifiers in Malaysia quite comfortably.

Pakistan on the other hand, last played T20I cricket back in July 2021 – they did however play the Women’s 50-Over World Cup in March/April, so will come into this series with game-time against better quality opposition under their belts.

Pakistan and Sri Lanka are 7th and 8th respectively in the World T20I rankings.

The teams have faced off in T20I cricket on 13 occasions and the head-to-head standings are pretty even, with both teams having 6 wins apiece and one game ending as a NR. However, Pakistan have clearly had the upper hand in the last 5 years, winning 3 of 4 games – Sri Lanka struggling with the bat through that time.

Sri Lanka will be without their leading pace bowler Udeshika Prabodhani for at least the 1st T20I – Prabodhani tested positive for Covid-19 and could not fly out with the team but has since reached Pakistan. Teenager Vishmi Gunaratne also will not be available for the series, but apart from her Sri Lanka will be at full strength.

In the absence of Gunaratne, Hasini Perera will likely open the batting alongside Chamari Athapaththu. We could also see a debutant in Imesha Dulani sometime during the series as well.

It’ll be interesting to see how the bowling line-up comes together, with the absence of Prabodhani leaving a big hole to be filled. Achini Kulasooriya, the quickest bowler in the squad, will likely take the new ball alongside Ama Kanchana – Sri Lanka don’t have too many fast-bowling options at hand, so expect to see plenty of spinners.

For Pakistan, left-arm spinner Nashra Sandhu, who has just recovered from a shoulder injury has been left out, alongside Javeria Khan – a notable omission, though not so surprising considering her being benched during the recently concluded ODI World Cup. Kainat Imtiaz, who was ruled out of the World Cup due to injury has returned to the squad.

For Sri Lanka, there’s no doubt that Chamari Athapaththu will be THE player to watch. The left-hander comes into this series after a brilliant run at the FairBreak Invitational earlier this month, where she finished with 313 runs in 7 games, the top run-getter of the tournament.

On the bowling front, a lot will depend on how the spinners go for Sri Lanka, with limited resources on the fast-bowling front. Veteran left-arm spinner Inoka Ranaweera and off-spinner Kavisha Dilhari will need to lead the way on that front, if Sri Lanka are to see any success in this series.

Pakistan’s batting hopes will rest on skipper Bismah Maroof. The elegant left-hander had a decent World Cup but will be looking to build on her form at the top of the order. All-rounders Fatima Sana and Aliya Riaz will also be ones to watch for Sri Lanka, both capable of doing plenty of damage with both bat and ball.

All three T20Is are to be played at the Southend Club Cricket Stadium in Karachi, which has not hosted any limited overs fixtures in the past. News from Pakistan suggests the track will offer little to the spinners and plenty to the batters, so some high scoring games can be expected, especially if the likes of Athapaththu and Maroof get going.

There’s no doubt that Sri Lanka come into this series as underdogs, having not faced any top 8 opposition since March 2020 and having a poor record against Pakistan in the last couple of years. However, they will also be determined to prove themselves, especially after missing out on the ODI World Cup earlier this year, with the qualifiers cancelled.

If Athapaththu gets going, it will be a sight to behold, but Sri Lanka will also hope that their bowling and fielding can show some improvement from what has been on display in the recent past.

The hosts, on the other hand, no doubt will have their plans to counter Athapaththu, so the results will depend on how much of a fight the other Sri Lankan batters put up.