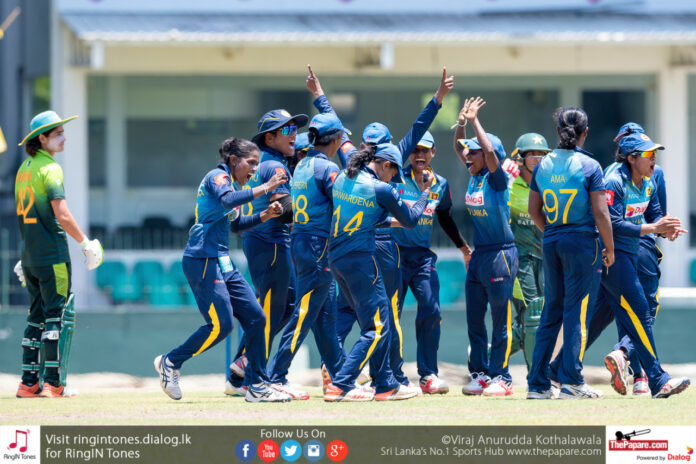 The Sri Lanka Cricket Selection Committee selected the following 15-member squad to take part in the upcoming Sri Lanka Women’s Team Tour of Pakistan. The team will leave for Pakistan on the 19th of May 2022.

The tour will consist of a 3 Match T20I series and a 3 match ODI series from the 24th of May to the 5th of June, Sri Lanka’s 1st bilateral series in both formats since October 2019.

Since November 2019, Sri Lanka have played the fewest number of internationals among full member nations (0 ODIs and 8 T20Is).

The squad will be led by star opening batter Chamari Athapaththu, who will join the team in Sri Lanka following the conclusion of the FairBreak Invitational T20 tournament in Dubai.

All-rounder Imesha Dulani is the only new inclusion to the squad from the team that took part in the Commonwealth Games qualifiers in January of this year, with 16-year-old Vishmi Gunaratne missing out reportedly due to academic commitments.

Left-armer Tharika Sewwandi has also been left out of the squad, despite a more than decent display at the recently concluded Inter-Club Division I 50-over tournament, where she picked up 11 wickets at an average of 7.91.

The squad announced is subject to the approval of the Ministry of Youth and Sports.

Schedule is as follows: 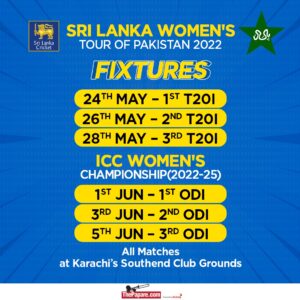