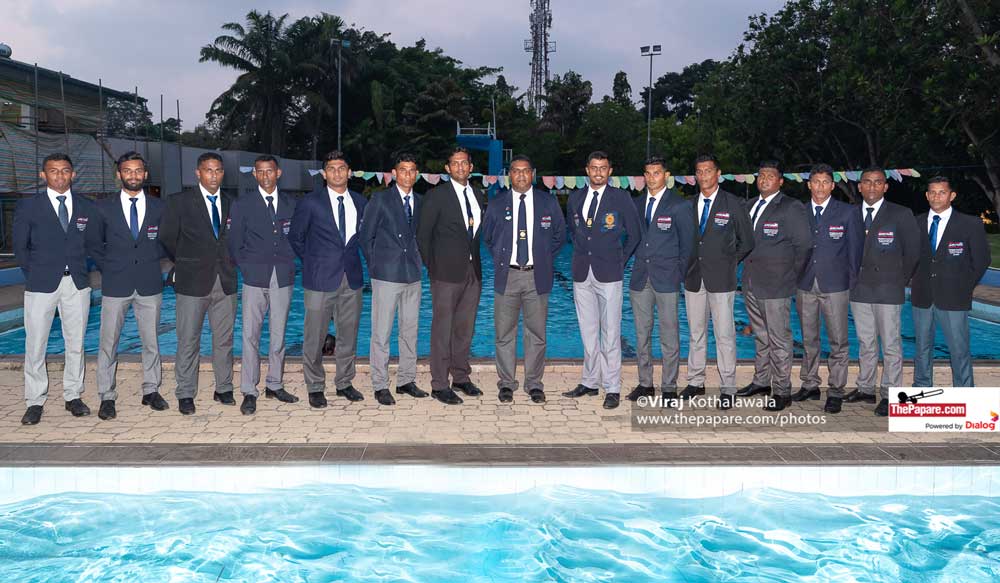 The Sri Lankan Men’s Water Polo team will take flight for the Princess Chulabhorn Water Polo Championship 2018, held in Bangkok, Thailand from the 21st to the 25th November.

This traditional championship is conducted for annual club celebration of the Chulabhorn Aquatic Club. Following the success of the Princess Chulabhorn Water Polo Cup 2017, there will be 27 teams participating from 11 countries in the event this year.

The Sri Lanka Men’s Water Polo Team created history in the year 2014, when the Old Thomians’ Swimming Club Team defeated CAC Thailand in the final, to lift Sri Lanka’s first ever International Silverware in the history of the game. They went on to defend their title in 2015 against Hong Kong to win back-to-back titles.

After a gap year in 2017, with only the Women’s Team taking part, the Lankan swimmers are back for another go at the prestigious cup. This year’s team will be led by 2016 Asia Pacific Water Polo Silver Medalist, Pathum Edirisinghe along with SAAC 2016 Silver medalist Nimnaka Ratnayake. The team is managed and coached by Ajantha Silva.

Skipper Pathum Edirisinghe, 25, is a product of Ananda College and lead the U19 Sri Lanka Schools Team to victory at the 2012 Malaysian Nationals. He was an active member of the Sri Lankan team who placed 2nd in the Asia Pacific Championship in 2016 and 3rd in the Malaysian Nationals in 2014.

Read: OTSC gets back at Royal; Visakha 3-years strong

Playing at the Center and Bar positions this year, the team will rely heavily on their skippers’ contributions as a main playmaker.

Joining him is 21-year old Nimnaka Ratnayake of Nalanda College. Ratnayake was a stand out in the Asian Junior Water Polo Championship in 2013 and was a part of the Runner-up team at the 2016 South Asian Aquatic Championship held in Colombo. He captained his Alma Mater for 3 consecutive years from 2013 – 2016.

Vice Captain Nimnaka Ratnayake speaks to ThePapare.com ahead of the tour

Taking up duties as the Coach and Team Manager of the team in Ajantha Silva who carries ample experience mentoring National sides in the previous years. He coached the National team who toured for the Asia Pacific Water Polo Championship in 2016.

Apart from the two leaders, who bring National experience, the team is relatively new to the big stage. 9 out of the 14 players have been selected from the forces of Sri Lanka Army and Air Force.

Sankha Pradeep and Nischal Navod will be the players to watch out for as they will take lead in the front to convert the attacks into goals. They will be instrumental in executing the plays created in the middle by Edirisinghe and Ratnayake.

The Lankans will play their first two Group matches on the 21st November against the Canberra Cowboys and last years’ Silver medalists Chulabhorn Aquatic Club. The swimmers will take on ARON the following day and the Great Whites on the 23rd. Their final group stage match will be on the 24th against the team from Japan, Yamakata Sharks.

Stay logged to ThePapare.com for updates and news from the Princess Chulabhorn Water Polo Championship from the 21st – 25th November.