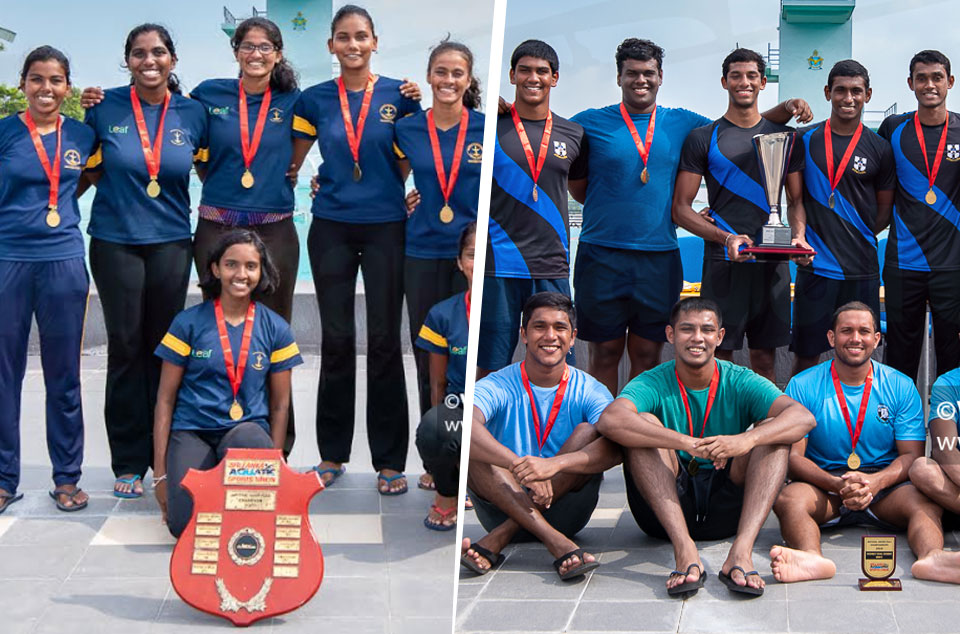 S. Thomas’ College was coming off a disappointing defeat in the 2018 Hayman Trophy after 5 years of reign. It was the dream final they’d hoped for against Royal College to avenge this defeat and rightfully did so in the final.

S. Thomas’ College went with a poised and experienced team led by Sanaka Molligoda. Their impressive run in the league so far with 5 undefeated matches leading up to the final. The boys in Blue and black defeated the Airmen in the semifinals earlier today with a score of 14-6.

Royal College, also undefeated in the lead up to the final, faced off against their ‘B’ team earlier today in the semifinals. Unlike the Thomians, Dulanjana Fernando and his boys were made to sweat by their ‘B’ team, who escalated all the way up to a difference of 1 goal to book their spot in the championship game. Final score read 11-10.

S. Thomas’ were a dominant pack in the pool from the get-go, working their counterparts around with most of the ball possession. In the end, it was the Thomian clan that prevailed ahead with a 3-goal lead, closing out the match, 10-7.

Air Force men were adjudged 2nd Runners-up with a walkover from RCUAC ‘B’ team in the 3rd place play-off.

Visakha Vidyalaya claimed their 3rd undisputed National title with their remarkable run in this year’s National Championship. With just 4 teams in this year’s mix, the Women’s matches were played in the form of Round-Robin, aka a League.

Nothing but merciless defeats awaited Air Force, OTSC and the Visakha ‘B’ team as the strong armed Visakha Vidyalaya ‘A’ team finished the league in style, securing their 3rd consecutive year in the National Women’s Championship throne.