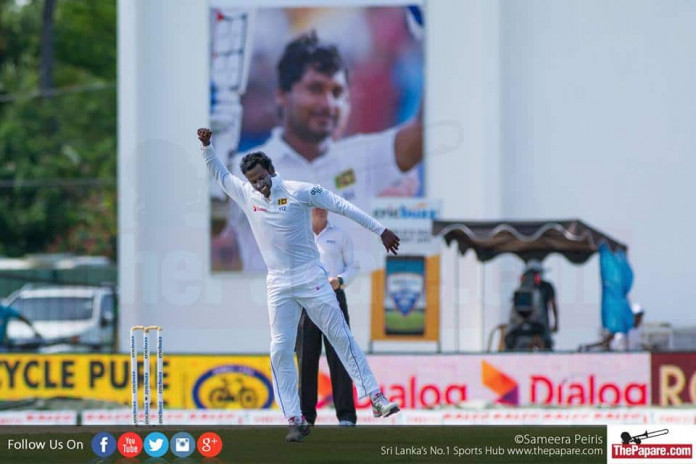 After a horror tour to England, Sri Lanka have been presented with an immediate opportunity for redemption, in familiar surroundings, when they host Australia. The Test series begins tomorrow and Sri Lanka will be looking to transition once again. Newly resurrected Chief of Selectors, Sanath Jayasuriya, has snapped his fingers and unfurled a freshly-minted squad to face the No.1 ranked Test side in the world. Here is a closer look at how Sri Lanka might fare in the Series.

In the first three innings of the England tour, Sri Lanka might as well have not had any openers. But the Karunaratne-Silva pairing is one that Sri Lanka have invested in and one that they will continue to support.

The problem for the two have been finding consistency across multiple series. On one tour they are making fans giddy with their attritional protection of the middle order. Next, they don’t bother turning up. At home, they have done reasonably well.

The pitches should suit them better than the fire pits of Headingley or Durham.

But an attack of Josh Hazelwood, Mitchell Starc and Mitchell Marsh offer a different kind of test, not least the verbal barrage they are likely to receive along with a distinct change in the pace of the deliveries they receive. They will also need to contend with the right arm and left arm combination that the Aussies use as a potent threat. While Starc is not a renowned new ball threat, Hazelwood has certainly earned a reputation for himself with the departure of Ryan Harris. However, Starc’s yorkers are devastating and along with Hazelwood both have been known to dabble in reverse swing.

With strong performances in the tour game including a 10fer in the match for Steven O’Keefe, Australia’s spin twins have signalled their own form of threat should the openers see off the new ball. Between the quicks and the spinners sit Mitchell Marsh, with his hit the deck seamers, who will also pose a considerable risk ensuring that this won’t be a picnic in the sun for these two.

In a tour of dire straits in England, Kusal Mendis offered Sri Lanka an iota of escapism. He impressed with his flourishing blade of drives and aggressive intent at the pivotal number three position on the way to collecting a couple of half centuries and a legion of fans. The Australian tour represents an opportunity for him to bed down that start.

The quality of the bowlers won’t be dimmed but the nature of the challenge is at the other extreme. Batting in Sri Lanka is often a challenge for the mind and body and perseverance as much as it is a test of your skill in the searing heat.

It will be intriguing to see how this young player responds to the added pressure on him now to perform. More of the same from England would do for Sri Lanka as he chases his maiden Test century.

At the back end of the England tour, Chandimal appeared to have unlocked an element to his batting that has remained elusive to him. Consistency. Although the back to back half centuries came in the limited overs matches, it showed briefly just how vital this player is to Sri Lanka’s future cause and just how badly he’s let the team down with his failures and inability to turn his talent into substance.

His century at Chester-le-Street showed that he is capable of unfurling his natural style when backed into a corner. Just like he did against India in 2015. Chandimal now needs to contribute to the effort of setting up matches in the first innings.  Sri Lanka have only managed to bat a 100 overs in an innings 7 times since the start of 2015.

Mitchell Starc has said he is going to target Mathews on this tour. He believes he is a man under a lot of pressure. Having been at the helm of arguably one of Sri Lanka’s worst tours overseas, there have been murmurs about his leadership coming under question.

While questions about his leadership style and tactics are valid there is no doubt that Mathews is the right man for the job. Not least because he is the only viable candidate out of a field of one.  But above all else Sri Lanka needs him to get back into the runs.

In England he looked a broken man and he hung out his bat under trying conditions far too often for a batsman of his calibre. Upon his turn at captaincy the one giant stride Mathews made to his batting was tightening his defensive technique.

But in England as each loss and each dropped catch and mistake bore down on him, his old mistakes found their way in through the cracks. Sri Lanka needs Mathews to shepherd his young batting line up.

He needs to control the middle overs and remains a vital cog in disarming the threat that Lyon and O’Keefe will pose.

After nearly ten thousand first-class runs at over fifty Roshen Silva has finally broken into the national team.

It is a great story of hard work and unquestionable consistency paying off. In truth, though, Silva could have been picked as far back as two or three years ago but it appears his runs for Sri Lanka A in England, where his more esteemed peers struggled, was finally enough for the selectors to look on his favourably.

He is likely to be a direct replacement for Lahiru Thirimanne. Oh yes, in other news, Thirimanne has been dropped. This is not a drill.

All-rounder Milinda Siriwardene must wonder what he did wrong to have been left out of this tour. Dropping Thirimanne, a good move, was perhaps needed to be offset by an odd one. It all boils down to Sri Lankan selection logic. But the onus is now fully on Kusal Perera to re-establish himself in the side. Cleary this is a young player who has a lot going for him.

It is quite a feat that Sri Lanka are able to actually put some fast bowlers on the field much less pick a squad of them for a tour.  However, it is a great opportunity for Nuwan Pradeep to continue the great work he did in England.

There he had conditions and a duke ball to help with the movement he extracted. In Sri Lanka, he will have to resort an entirely different skill set.

Based on past evidence bowling at home is not something he has enjoyed. With batsman as varied as David Warner and Steven Smith in the opposition Pradeep will need to once again raise his game.

Suranga Lakmal, along with Pradeep will offer the slivers of experience to the fast bowling unit. His performances in England were hugely inconsistent and was in line with how his entire career has been.

With new picks Vishwa Fernando and Asitha Fernando in the running, Lakmal will be in a battle to secure his place in the starting XI.

Vishwa Fernando’s left arm angle makes him a popular choice for the second seamers position in the starting line-up while Asitha Fernando is likely to be in the squad for work experience on this tour.

If it’s a home series, then Sri Lanka cannot look beyond Rangana Herath to deliver them the bowling riches. Herath had a difficult tour to England where he did not have much support from his captain or the rub of the green.

But at home, the tiny man is a colossus.  And it his experience and cunning that Sri Lanka and Mathews will rely on, to get Sri Lanka’s Test team back on track. At 38 this may the great man’s last home tour so he will be looking to go out on a high.

Much like the fast bowlers, the second spinners position in the team is up for discussion. Dilruwan Perera plays such a peripheral role as Sri Lanka’s support spinner to Herath that people often forget he exists.

But this is a man who averages 23 at home with two 5-wicket hauls in 12 innings. Almost the perfect non-star hero to replace Herath as the number 1 choice. But with more exotic choices like Lakshan Sandakan being picked Perera might fade into anonymity. Sandakan, much like Roshen Silva has turned in performances at first-class level every year. So his place in the squad is richly deserved. And a Chinaman is always an exciting prospect.

Sri Lankan supporters are generally a soft bunch on their team. Whether Sri Lanka win or lose they always tend to support their heroes. But of late there has been a sense of resignation and hopelessness that’s beset the fan base. This team has become a poster-child of what is wrong with the system. The exit of players like Mahela Jayawardene and Kumar Sangakkara has highlighted that the domestic structures are not strong enough to bring forth talent to replace them in a hurry.

On any given day most fans expect Sri Lanka to lose and are being turned off the sport by the performances of the national team. And much of it stems from the fact that the team at times, especially on the England tour, appears rudderless, pinballing from one loss to another. And at the centre of all this chaos is Angelo Mathews and his leadership.

Without the support of Jayawardene and Sangakkara in the field, Mathews’a captaincy has regressed into a shadow of who he is as a batsman and a cricketer. As a batsman, he is a fighter to the end, but, as a captain, he gives up far too easily and does not fight tooth and nail for Sri Lanka’s position in the game.

And this, above all, is what Sri Lanka wants out of their team. To fight, to show resilience and to not lose sight of the legacy and traditions of this side; that of a team that fights above their weight class through teamwork.

Mathews may never write his own version of the ‘Art of War’ but he can raise this side up by building a strong foundation rooted in getting the basics well-oiled and doing the simple things right. And he if adopts a common sense approach to match situations in his leadership and draws on his inner fighter’s spirit, this Sri Lankan team could very well transition into something worthwhile in the future.