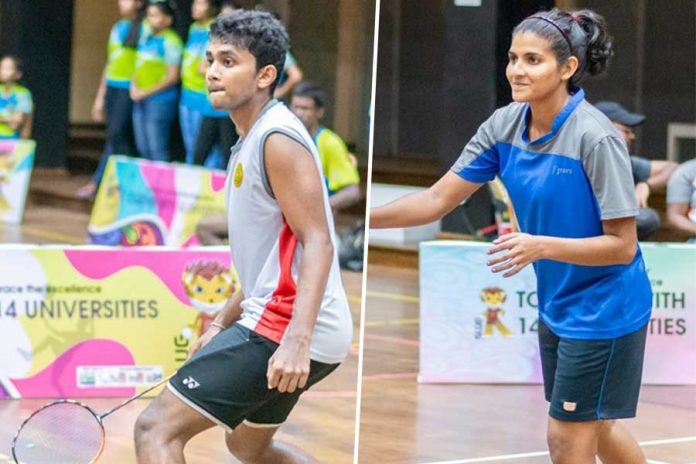 The 13th Sri Lanka University Games (SLUG) Badminton tournament was held for the third consecutive day yesterday at the Gymnasium of University of Ruhuna. The tournament kicked off on the 28th of August with the group stage matches played in both the Men’s and the Women’s categories.

In the men’s Category Colombo, Moratuwa, Jayawardenapura, Eastern, Ruhuna, Rajarata, Peradeniya and Kelaniya qualified for the Quarterfinals of their respective groups

Also Read : Buwaneka and Thilini smash their way to Gold

In the Women’s Category Colombo eased past Wayamba 3-1 in the 1st semifinal while Jayawardenapura defeated Kelaniya with the same score line in the 2nd semi. The all-important final was set up between the Colombo and Jayawardenapura and saw Jayawardenapura scrape past Colombo 3-0 while Kelaniya defeated Wayamba to clinch the 3rd place.

Buwaneka and Thilini smash their way to Gold