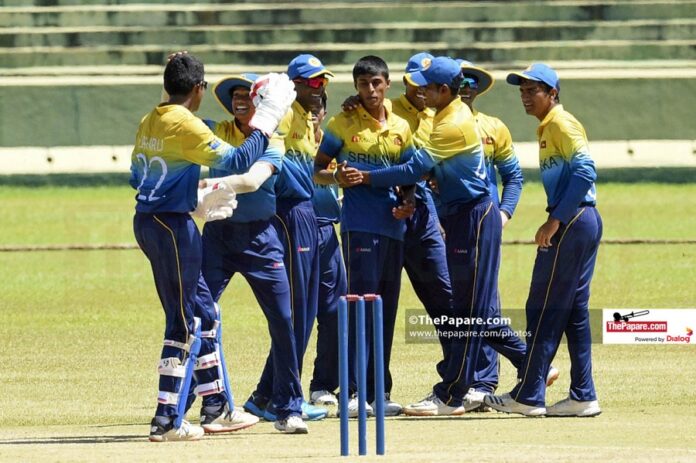 Sri Lanka U19s squad for the upcoming series against England U19 has been announced, with 4 changes from the squad that played Bangladesh U19s last month.

The 4 batters who were dropped from the squad had an unfortunate outing against Bangladesh as all of them managed only to accumulate under 20 runs in the 2 games each of them got – Jeewaka Shasheen 16 runs, Ryan Fernando 17 runs, Harindu Jayasekara 12 runs, Lahiru Dewatage 0 runs.

Nevertheless, it was a fruitful series for several other cricketers representing the Sri Lanka U19 team, especially for skipper, Dunith Wellalage and his deputy Raveen de Silva, as they managed to shine both with bat and ball.

The new additions to the squad are more or less like-for-like as they have 3 top-order batsmen in Abhishek Liyanarachchi, Ranuda Somaratne and Sakuna Liyanage while Anjala Bandara is a wicket-keeper-batsman.

The English youth side will land on the Island today, 22nd November, to play 5 Youth ODIs starting on 30th November.

The Sri Lankan Youth squad moved into their bio-bubble on Thursday and commenced practices yesterday.