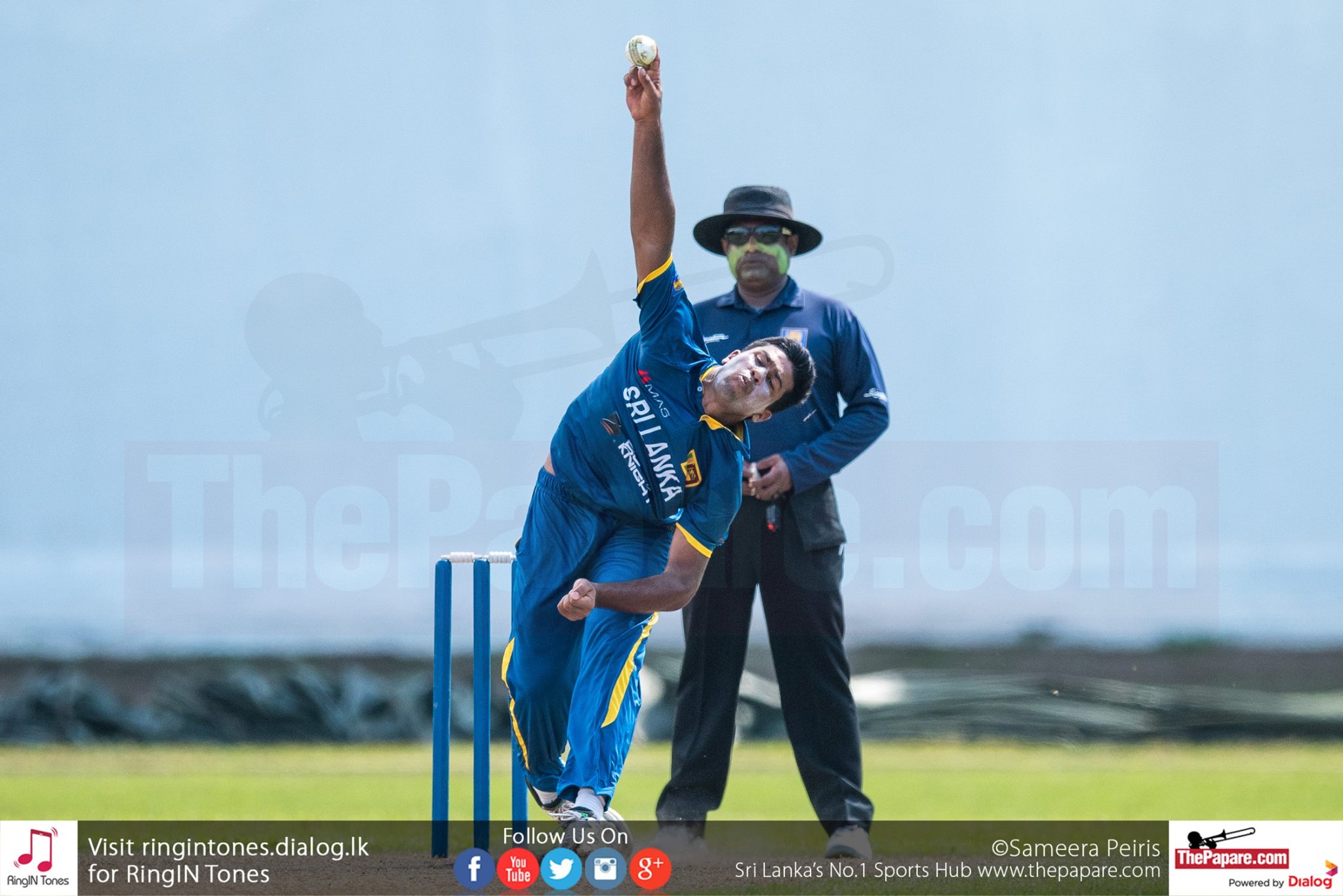 The young Indian batsmen warmed-up excellently for the tri-nation series when they smashed 303 against Sri Lanka U19 Emerging XI in a practice game played at SSC grounds on Monday. The rains arrived early at around 3pm (local time) which prevented the game from producing a result.

Himanshu Rana and Ishan Kishan opened the batting for the visitors after their skipper Ricky Bhui won the toss and elected to bat first. They got their team to a flying start posting 124 before Lahiru Kumara dismissed wicket-keeper batsman Kishan for a 50-ball 70. Rana continued to batter the Lankan bowlers but he was unfortunate to be dismissed for 92 in the 33rd over.

Virat Singh who came in after the fall of first wicket then added 79 runs for the third wicket with skipper Ricky Bhui for the third wicket raising their total past 250 before Mahipal Lomror chipped in with an unbeaten 20 to raise the Indian score past 300. Trinitian fast-bowler Lahiru Kumara took 2 wickets conceding only 48 runs.
The Lankan openers, Kavin Bandara and Salindu Ushan failed to provide a good foundation as Salinda fell for just 1 run in the 3rd over. Right-handed Avishka Fernando and left-handed Bandara added 55 runs for the second wicket before the former was dismissed for a 37-ball 36 with four fours and two sixes whilst Bandara remained unbeaten on 23. The Sri Lankan score read 64 for 3 in 14.5 overs before rain took the game away from reaching any kind of result.