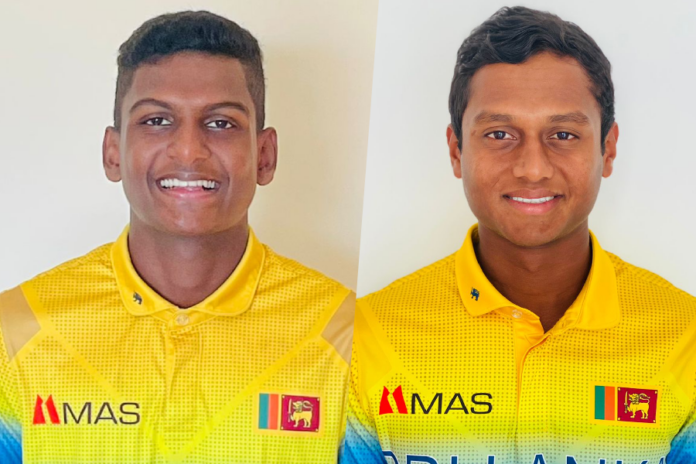 After the second day’s play was washed out completely, the final day commenced on time with the visitors at 182/4 in their first innings. Left-hander Asitha Wanninayake, who was unbeaten on 81 at the close of play on day two, went on to score his century before leaving the field retired out.

Young Sri Lankans bowled brilliantly in their turn with the ball, restricting Young Lions Invitational XI to just 104 runs. Left arm spinner Wanuja Sahan Kumara was the pick of the bowlers for the visitors as he snared 4 wickets for 13 runs.

Sri Lanka U19s began their second innings 144 runs ahead and showed another good batting display putting on 132 runs for 2 wickets at the end of final day’s play. Opening batter Abhishek Liyanaarachchi top scored with a knock of 51 runs off 57 balls.