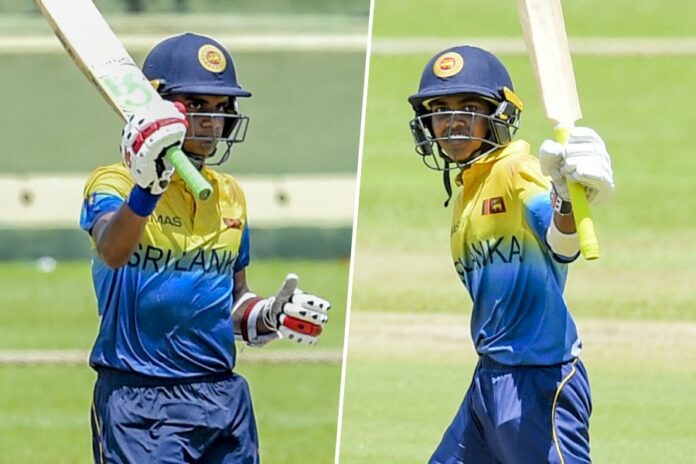 Bangladesh gave away a tad too many runs for their liking. The temperament and worksman-like attitude towards batting from both Sadeesh Jayawardena and Pawan Pathiraja was the key for success in Sri Lanka’s case.

It was yet another tough deck to bat on at Rangiri Dambulla International Cricket Stadium, and Sri Lanka decided to put runs on board first.

Sri Lankan opener Sadeesh Jayawardena gave them a fine start even though his partner Jeewaka Shasheen had a rough outing once again. Jayawardena anchored the innings for Sri Lanka by scoring 58 runs off 94 deliveries, just the kind of knock which was the need of the hour for Sri Lanka on that surface.

Then came the star from the last game, Pawan Pathiraja, who put up another brilliant show with the bat. He made a steady 51 off 68 deliveries putting Sri Lanka well on course.

The gutsy seamer Ripon Mondol was yet again the chief wrecker for Bangladesh as he bagged 3 wickets for 49 runs. Ashikur Zaman supported him with 2 scalps to his name.

Unlike the first match, Bangladesh got an impressive start in this game. Opener Mahfijul Islam played a stylish yet composed knock of 75 runs to see his team inching closer to the finish line.

There were useful contributions from his opening partner Iftikher Hossain (36) and the Skipper Meherob Hasan (33), but it was mostly about Islam’s knock of confidence.

Sri Lanka’s ace fast bowler, Matheesha Pathirana was not brought into the attack until the 32nd over, and that turned out to be an excellent decision from the Lankan Captain Dunith Wellalage. In fact, Wellalage rotated his bowlers exceptionally well as he was quick to assess the conditions.

Wellalage himself bowled a splendid spell of 3 wickets for just 30 runs, doing just enough to strangle the visitors.

Pathirana on the other hand bowled magnificently at the death, just like his idol, and picked the crucial wicket of Mahfijul Islam. The slingy seamer picked up 3 wickets in no time, leaving the Bangladeshis toothless.

Still, the Bangladesh camp had a ray of hope as their final pair dragged the game to the last over with just 8 runs required.

Pathirana bowled the last over and his first ball, a heavy bouncer, was carved over the top of the keeper’s head for a four. It was followed by a wide and a single.

With just 2 required, Ripon Mondol dug out a yorker to Pathiraja at covers and tried to get to the other end, but the Kandy boy was too good to beat as he sent a rocket-throw straight into the stumps at the non-striker’s end to seal this thrilling encounter in Sri Lanka’s favour.