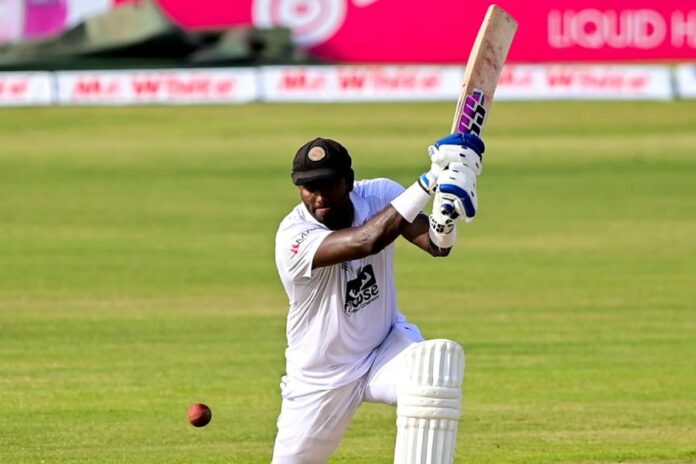 Angelo Mathews struck his 12th Test hundred as Sri Lanka dominated the opening day’s play in the first Test match against Bangladesh in Chattogram on Sunday.

Former captain walked in when the visitors were two down for 66 and then batted till the close of play, taking Sri Lanka to 258/4. This is Mathews’ first century against Bangladesh and the first since scoring a century against England last year. Mathews remained unbeaten on 114, while Dinesh Chandimal gave a brilliant hand scoring 34 off 77 deliveries as they added 75 unbroken runs for the fifth wicket.

Mathews initially added valuable 92 runs for the 3rd wicket with Kusal Mendis, who made a solid 54. They batted through the second session without conceding a wicket, however, Mendis was dismissed in the very first ball after the tea break. In the last session, Dhananjaya De Silva

was the last player to be dismissed after DRS spotted a faint inside edge as Sri Lanka were 4 down for 183 with nearly 35 overs remaining in the day.

Whilst Mathews put away anything loose, Chandimal tried to unsettle the spinners using his feet more regularly.

“It was a very good wicket, so somebody had to go big and bat for long. On a placid wicket like this, first innings total is important. Bangladesh bowled well, it wasn’t easy for us to go big. For the spinners, the oddball turned, but it’s a good wicket to bat on, so hopefully it will turn on day 3 and day 4. The pitch will wear and tear, so first innings total is important. We need to get as many runs as possible, so that our spinners come into play.”Mathews said after play.

Skipper Karunaratne was trapped LBW for 9, while attempting a cut shot to a ball that came on with the arm. Right-handed Fernando looked good but was caught behind just 10 minutes before the lunch break after scoring 36 runs off 76 balls with 3 fours and 1 six.

Mathews was on 38 when he was given out caught behind off Taijul Islam but thanks to DRS, the decision was overturned. He went on to score 14 fours and 1 six to play with great composure and authority to hold the innings together.

The last time these two teams met in Chattogram in 2018, more than 1500 runs were scored along with five centuries. However, Sri Lanka has beaten Bangladesh in Tests on 17 occasions, while Bangladesh has won only once. The two-Test match series is a part of the ICC World Test Championship.