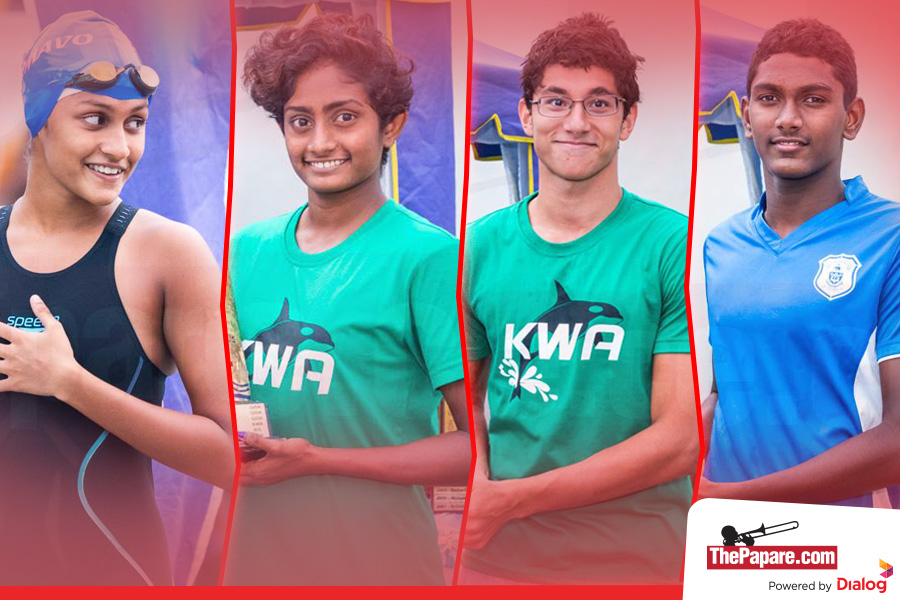 The premier Sri Lankan Swimming Championship; the Senior and Junior Nationals that was worked off at the Sugathadasa Indoor Swimming Pool Complex last weekend saw the emergence of new champions and title contenders for the national crown.

It was Sirimavo Bandaranaike Balika Vidyalaya and Killer Whale Aquatics who emerged victorious in the Senior Women’s and Men’s category respectively.

Four days of intense action witnessed the best of the Sri Lankan swimming arena coming out on top to take the silver while for most others, it was a proving grounds for greatness.

We take a look at few of the top performers at the Senior and Junior Nationals and their run up to the national competition.

The 14-year-old sensation from Visakha Vidyalaya continued to mark her dominance in the swimming arena winning gold in all four events swum in the Junior Nationals. The South Asian Aquatic Championship gold medallist, Ramudi was also a key performer at the National Schools Swimming Championships as well.

Filling the shoes of his elder sibling, the youngest of the Abeysinghe’s Kyle emerged as Sri Lanka’s new national champion dominating the Senior Nationals winning four gold medals and a silver medal in the individual events. With the relays added up, Kyle went on to win eight gold medals and three silver in total. His efforts saw Killer Whale Aquatics reign on top to retain the Men’s national title for the second year running

The newly crowned Best Swimmer in the Senior Nationals category, Ishani Senanayake of Killer Whale Aquatics had one of the best swimming championships this year winning gold in all five of the events she participated. Senanayake dominated the long distance events and was the undisputed winner.

The 17-year-old swimmer from Sirimavo Bandaranaike Balika Vidyalaya played an integral role in their team’s first ever Senior Nationals title victory. Vinoli who was adjudged the Best Swimmer in the National Sports Festival and later represented Sri Lanka at the South Asian Aquatic Championship.

Vinoli won two silver medals and two gold in her individual events and had the honour of winning five more in the relay events along with her team for Sirimavo.