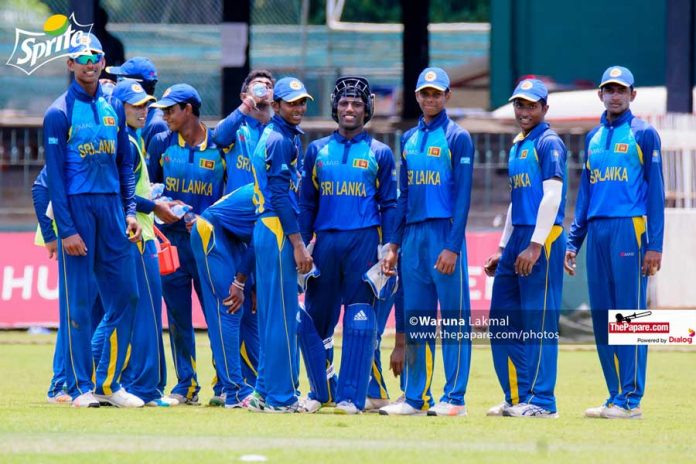 Sri Lanka Cricket today announced a 15 member squad for the upcoming ‘U19 Asia Cup’ in Bangladesh.

The 8-team tournament is scheduled to commence on the 29th of September, with Sri Lanka taking on hosts Bangladesh in Chittagong.

India U19 registered another easy win to clinch the 5-match Youth ODI series 3-2….

Defending Champions Afghanistan are placed alongside India, U.A.E and Nepal in ‘Group A’, while Sri Lanka, Bangladesh, Pakistan and Hong Kong are in ‘Group B’.

The Sri Lanka U19 touring squad will be looking forward to put up a good performance in the Asia Cup, after they fared really well in the 5-match Youth ODI series against the touring Indians which they unluckily lost 3-2.