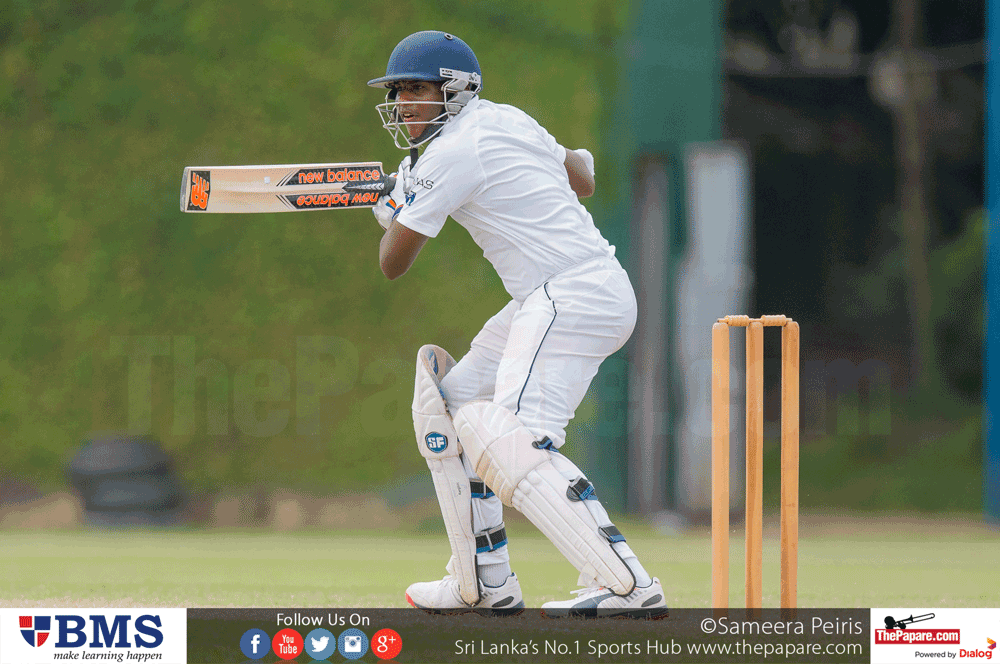 The visitors were outplayed by a disciplined bowling effort by the home team as the young Proteas’ were restricted to only 206 before Vishwa Chathuranga and Sammu Ashan guided Sri Lanka U19s to 108 for 2. Sri Lanka U19s still trail by 98 runs with 8 wickets remaining.

One-drop batsman, Raynard Van Tonder made 9 elegant boundaries during his 43-ball 41 before he became Prasan’s 2nd wicket with a peach off a delivery which took the outside edge and flew to the slip-cordon. After being 51 for 4, Wandile Makwetu and Mulder added 67 for the 5th wicket before the left-arm spin twins, Praveen Jayawickrama and Damitha Silva decimated the lower middle-order of the young South African team.

Mulder made five fours to accumulate 41 runs off 74 deliveries before failing to execute a hook shot off Dilshan and was caught at deep square-leg by Pethum Nissanka. The Trinitian was the pick of the bowlers for the home team ending with 3 for 62 after bowling 14 overs.

The South Africans were in deep trouble at 132 for 8 but wicket-keeper batsman Ricardo Vanconcelos guided the tail excellently to stay unbeaten on 78 off 95 balls with 9 fours and 2 sixes. The last pair of Vanconcelos and Mnyaka frustrated the hosts’ with a 37-run stand to push the score to 206 but the latter did not even trouble the scores. 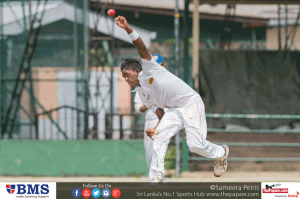 In reply, Sri Lanka U19s lost Pethum Nissanka for no score when the 16-year old left-arm seamer Akhona Mnyaka bowled a wide delivery which the Isipathana College opening batsman chased down and was caught behind.

Sri Lankan skipper Avishka Fernando started off brightly scoring two eye-pleasing cover drives to the fence but was caught at slips by a brilliant ball by his counterpart, Mulder.

Vice-captain and experienced Sammu Ashan and Prince of Wales’ College opening batsman Vishwa Chathuranga constructed a superb unbroken 63-run stand for the 3rd wicket to put the hosts’ in driving seat. Left-handed Chathuranga made 8 boundaries through the off-side to accumulate 59 off 98 balls while Ashan made a patient 76-ball 31.

The match will be continued tomorrow for 2nd day’s play.