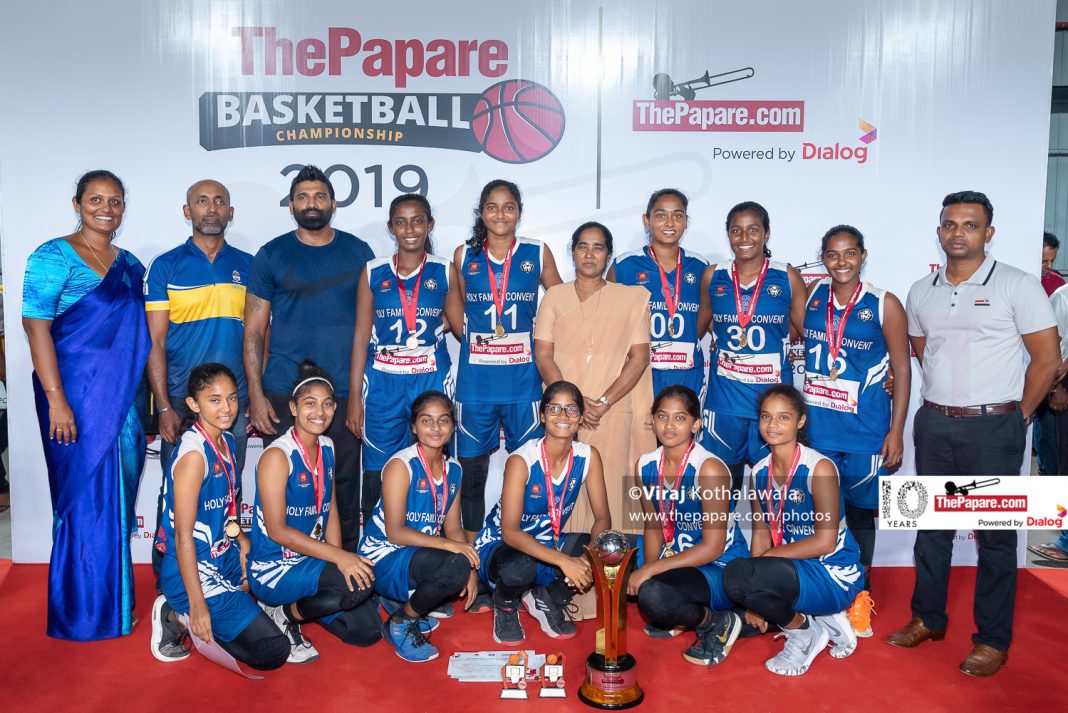 HFC drew first blood and led the game 4-0 till the third minute of the game, where SJGS opened their account drawing in a lay-in. SJGS did tie the game 4-all by the fourth minute but, HFC went on to score 16 points in the maiden quarter in reply to 8 by SJGS.

It was a low-scoring affair between the two-teams as the rain hampered gameplay multiple times. The halting of the game several times didn’t let the girls settle in to the game. Going into the second quarter HFC only scored 5 points while SJGS added 7.

It was a close tussle between the sides, as both teams managed 10 points in the penultimate quarter. SJGS trailed the game by two points in the 6th minute, scores reading, 26-24.

SJGS needed a collective effort from their end to battle a heavy offensive flow from the HFC end. Back-to back three-pointers and tight defense gave HFC the upper-hand in the match. With SJGS stepping back into the game in the third-quarter it was all to be decided in the final ten minutes.

The boards were dominated by HFC despite them not holding a clear advantage height-wise. The first few minutes where they continuously attacked the basket gave them the four-point edge which led them to the win.

HFC added 9 points in the final quarter while SJGS added 6. With five minutes remaining in the game, HFC were leading by just one point. The latter part of the final quarter remained scoreless as both the teams struggled to convert possession into points.

HFC kept their defense tight to hold onto the win despite SJGS’s best efforts.