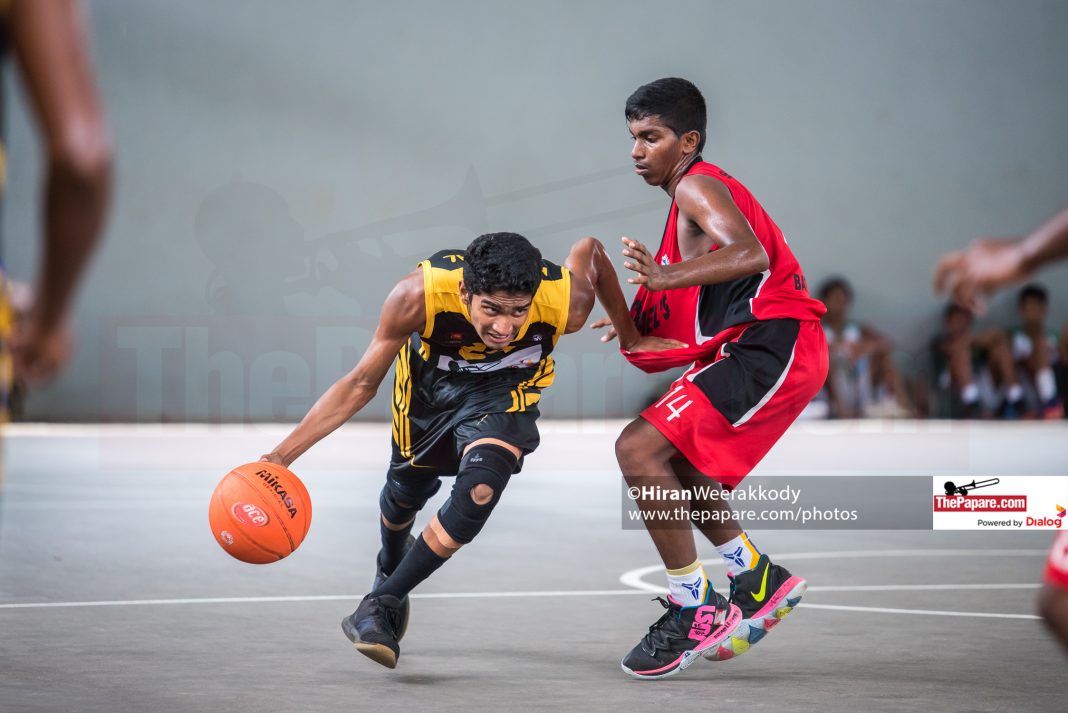 The first semi-final in the ‘C Division’ was played between Stafford International School (SIS) and Dharmashoka College – Ambalangoda (DAC). It was a convincing victory of 44 points for the Ambalangoda lads, as the full-time scores read, 70-26.

The whole forty minutes of game-play was solely dominated by DACK. In fact, SIS were unable to score a single basket in the second quarter of the game. It was only in the first and third quarter that SIS were able to get to double figures in the match.

The second semi-final of the ‘C Division’ was played between Gateway College – Kandy (GACK) and St. Anthony`s – Wattala (SACW). It was an intense first half as both teams went head to head to book their spot in the finals. Unfortunately, the same intensity was not shown in the second half of the match.

Even though SACW got to double figures in both the first and the second quarter and went on to lead the game by a point at half time, the game was completely given away in the latter two quarters. Full time scores read, 54-44 in favor of Gateway College Kandy.

The ‘C Division’ Boys’ final will be played between Gateway College – Kandy and Dharmashoka College – Ambalangoda on the 03rd of November 2019.

The first semi-final of the ‘B Division’ was played between St. Sebastian`s College (SSC) and Colombo International School (CIS). CIS went on to register a ten-point win to book their spot in the final. Full time scores read, 67-57.

The second semi-final was played between St. Michael’s College – Batticaloa (SMC) and D.S. Senanayake College – Colombo (DSSC). DSSC went on to dominate the game in the first half and set the tone to win and place themselves in the final.

Even though the momentum was on the DSSC end, the Batticaloa lads turned things around in the third quarter, scoring a game-high of 22 points, but, in the final quarter they were only able to add-up 11 points which took the game away from them.

The ‘B Division’ Boys’ final will be played between, D.S. Senanayake College vs. Colombo International School – Colombo on the 03rd of November 2019.