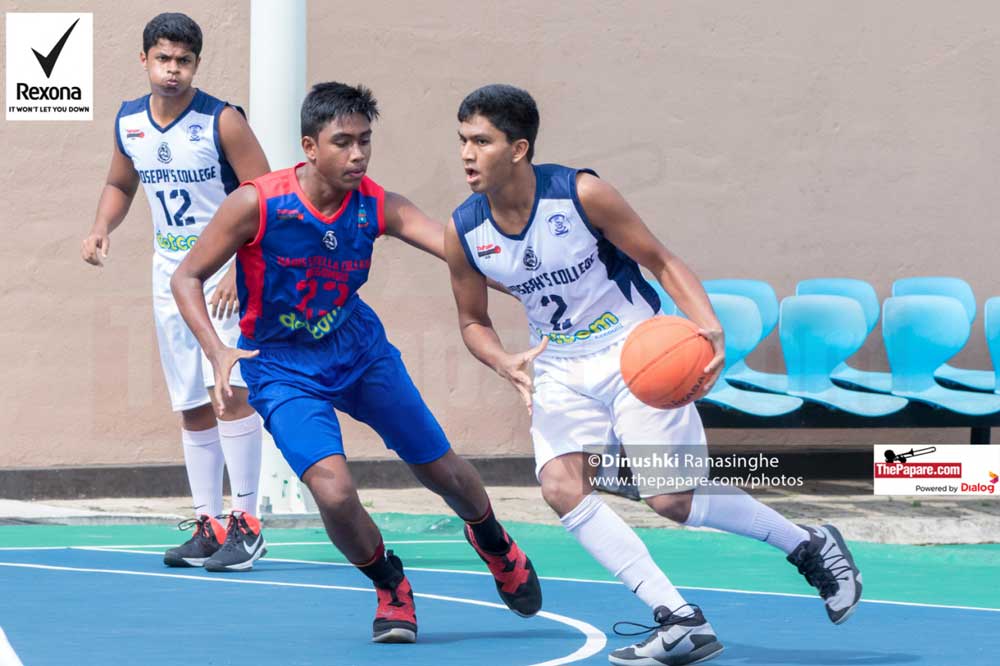 ThePapare Basketball Championship 2018 (TPBC18) commenced its boys’ preliminary stages today. The ‘Group B’ and ‘Group D’ matches were played at St. Joseph`s College and S. Thomas’ College respectively. Here are the results of day one.

S. Thomas` College (STC) took on St. Benedict`s College (SBC) in the first match for the day in ‘Group B’. STC led the game in the first quarter by having a comfortable lead of 07 points. Scores read: 16 – 09.

STC kept the momentum in the second quarter adding another 16 points to the score, while the opposition only managed 03 points. It was in the third quarter that SBC came in to the game, scoring a game high of 17 points. STC fell behind in the game managing only 03 points.

The lads from Mount-Lavinia were lucky that they scored well in the first two quarters. If they hadn`t the robust second half performance by the Benedictines would have taken the game away. Both the teams scored 13 apiece in the final quarter. The early lead helped STC to close the game with a win, 51-36.

The second match in ‘Group B’ was played between Lyceum International School – Wattala (LISW) and De La Salle College (DLS). It was a walk in the park for the LISW, leading the maiden quarter, 20-06.

LISW lost a bit of ground in the second quarter scoring just 08 points, but picked up scoring again in the third quarter to score 18 points. DLS only managed 04 points in both second and third quarters. The fourth quarter scores reading was 4-8, DLS outscoring LISW. The game closed at 50-19 with LISW winning easily.

It was evenly a matched game as both sides exchanged the lead regularly. Joes scored 09 points in the first quarter while MSC scored 06 points. The close tussle between the two teams hyped up during the final quarter where MSC outscored the hosts, 24-17. But with the early lead, St. Joseph’s went on to win the match 55-49 at full time.

The match between St. Peter`s College and St. Sebastian`s College started off predicting to be a close tussle, but SPC took the game away, winning convincingly 72-52.