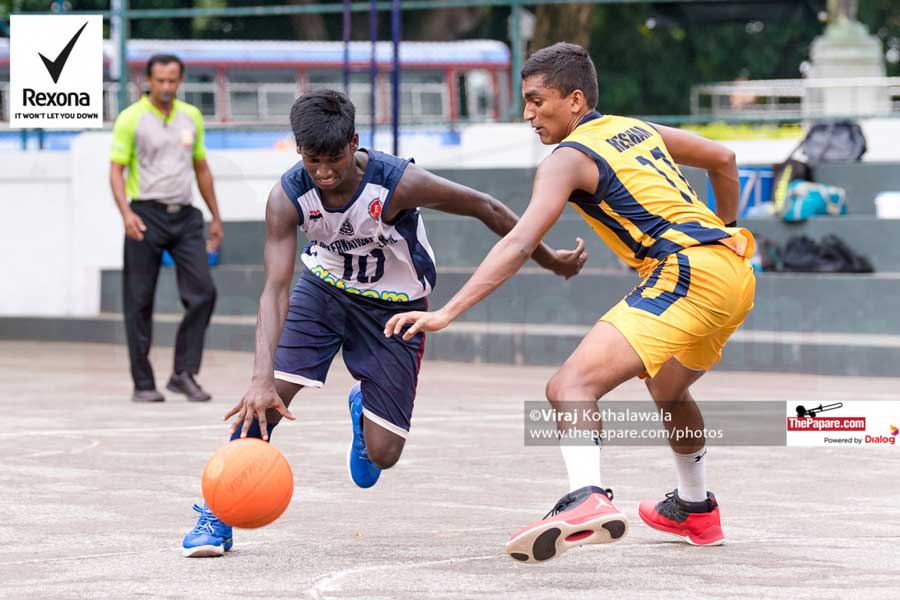 From the tip-off both teams started strong, scoring consistently as the lead went back and forth. However, AISJ, shooting more accurately from behind the arc, managed to edge the quarter with a one-point lead.

With improved defence, RC retook the lead in the 2nd quarter with steals being converted to points on the other end. However later on in the quarter AISJ caught up and squared the game at 25-all with some good defensive plays.

Into the second half of the game, RC manage to find holes in the defence of AISJ and penetrated to score easy lay ups, thus increasing their lead to 9 points.

Once again AISJ corrected their lapses in defence and managed to reduce the gap to 1 point with the score being 56-55 going into the final quarter.

Nevertheless, Heshan from RC managed to find ways to drive in and score a couple of lay ups in the 4th quarter. With time running out, RC held off the opposition, keeping possession with them and ran down the clock to win by 5 points.

The Head Coach of RC Mr. Prasanna Jayasinghe said “It was a tough game, they were fast and aggressive. We did struggle at times but due to the height and skill of our players we managed to pull out a victory”.

LISN started strong with some tight defence which allowed more steals and second chance points as they took an early lead. LISN’s Arshad started the game in form, recording multiple shots from behind the arc throughout the quarter to take a commanding lead of 18 points.

LISN continued the rhythm throughout the remainder of the first half. Even though SMC started to implement a full court press, LISN managed to find quick offensive plays to overcome the defence taking a 21 point lead into the 2nd half.

Towards the beginning of the third half the same momentum continued as SMC continued to struggle to find an answer to their problem sin offense and defense.

However, into the last moments of the game, SMC did come back with a full court press and this time managed to get some steals and convert them into points, cutting the deficit to 6 points.

Nevertheless, LISN switching back to its main players which quickly swung the momentum back in their favour and ended the game with a comfortable win.

The Captain of LISN Dinith speaking to ThePapare.com said “We played better than yesterday. We had a good team performance today to come up with the victory and if we continue the momentum we can go a long way in the tournament”.