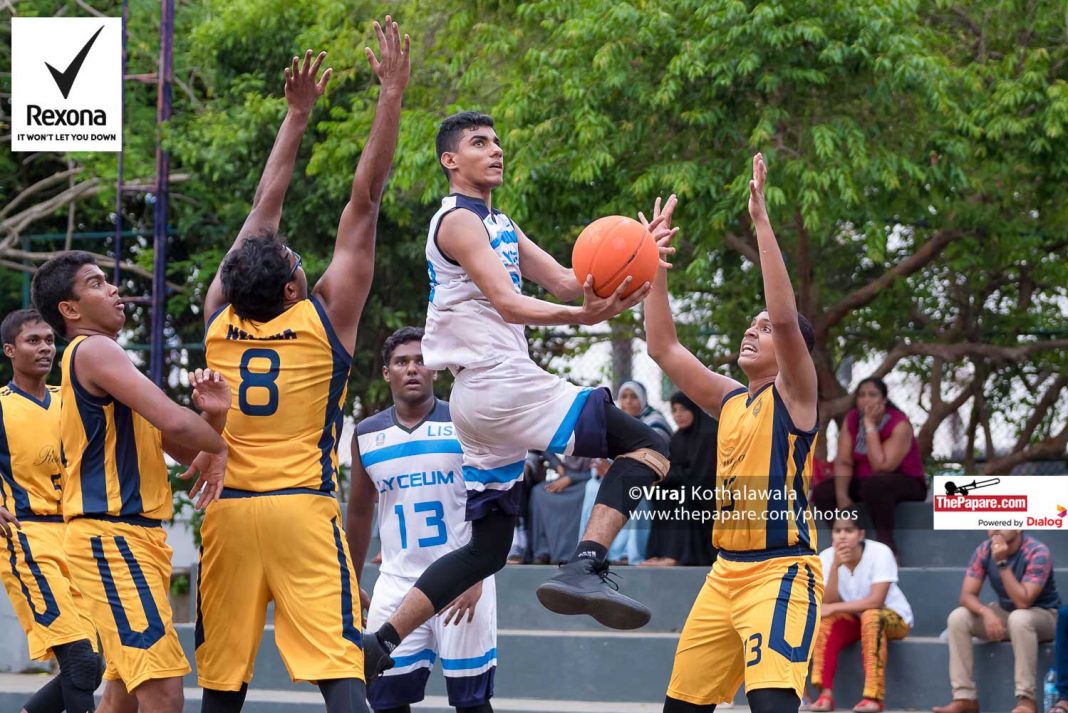 CIS managed to take an early lead at the beginning of the first half of the game. With tight defence and scoring second chance points due to more offensive rebounds CIS took control of the game, ending the 1st quarter 11 points ahead of their counterparts.

CIS continued their momentum through the 2nd quarter but AISJ rallied at the latter part of the half to cut the deficit to 7 points.

AISJ, changing their defence to a full court press, managed to cut CIS’ lead further, gathering momentum towards the end of the 3rd quarter. They fought back had to cut the lead to 1 point with the scores being 55-56 going into the fourth quarter.

Completing an excellent comeback in the game, AISJ continued to hurt CIS with their offensive and defensive pressure as they outscored their opponents in the final quarter to win by 5 points.

The Captain of Angel International School Jaffna Simron Speaking to ThePapare.com said “ It was a good game and we really needed this win. We did struggle in the beginning but we corrected our mistakes after the 1st quarter and managed to fight to come back with a victory”.

Both teams started the game strongly from the tip-off. However, RC with a much stronger defence managed to get steals and convert them to points on the other end, taking a 6 point lead to end the first quarter.

LISN fought back to cut the lead to 3 points in the 2nd quarter. However due to the height advantage in favour of RC, they managed to get more offensive boards and score second chance points to keep the lead.

LISN implemented a tactical change due to being beaten on rebounds, pressuring the key Center  Nelaka Upasena of RC, who was dominating the boards.

As the intense game went back and forth, with several lead changes in the final quarter, both teams were scoring offensively and as the game went down to the wire. However, with a 3 from Arshad Rafeen, LISN managed to lead the game by 2 points with 45 seconds remaining.

Nevertheless, due to a careless foul by LISN, Royal College’s Heshan sunk in two free throws to tie the game and the game went into overtime with the scores on 55-all.

LISN made some key changes in the defensive end at the beginning of overtime, with a man to man defence implemented. RC struggled to find points as LISN managed to convert their steals into points on the other end. They clawed their way to a 6-point lead and managed to hold of the Royalists to take the game 63-69.

The Captain of LISN Dinith Speaking to ThePapare.com said “It was a tough game as expected. We played hard and were determined to win. We want to keep this winning momentum going and reach the final. I am really proud of my team for the heart they put into today’s game to come up with win.”