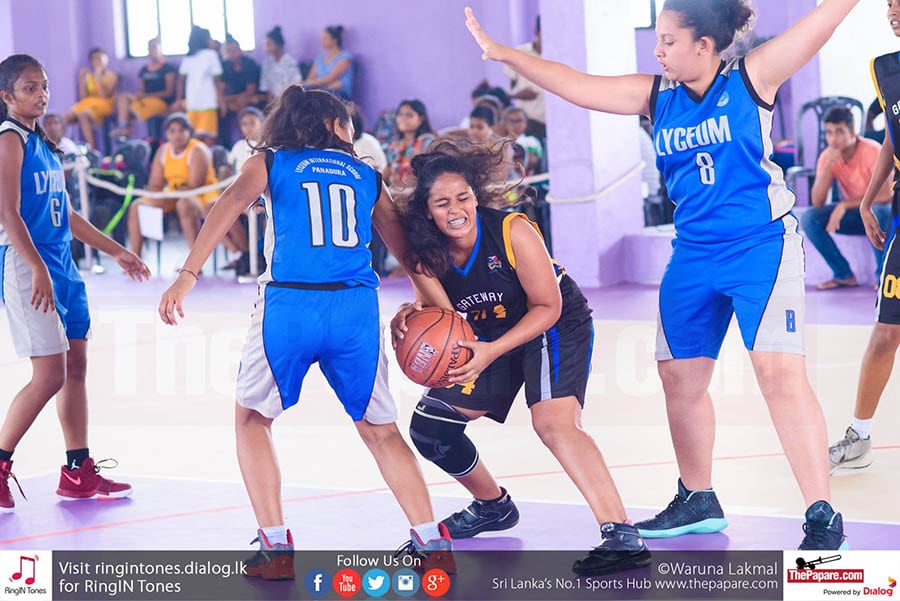 AIS breezed through to victory, beating RIC 45 – 10 in a one-sided affair. Shaffna and Viyara were both tied as the highest point scorers for RIC, getting 2 points each while Anushika Mahendiran was the key offensive player for AIS, scoring 10 points.

AIS dominated the game from the tip-off, securing a substantial lead in the very first quarter. RIC struggled on both the offense and defense as the players were slow to fall back into position. Even though AIS struggled to score in the final quarter , RIC was too far behind to pose a serious threat.

In another one-sided affair, GCC annihilated LISP in the second match of the day with a final score of 51-8. Yischelle Foenander played secured a majority of the rebounds for GCC and contributed 23 points to the team while Roshell top scored for LISP with 04 points.

GCC dominated the court in all aspects of the game as they went on a scoring spree, getting consecutive shots and leaving LISP in the dust. The LISP defense struggled to keep up with the GCC players, thus enabling GCC to secure an easy win.

LISW came out on top as the stronger of the two Lyceum teams beating the LISN team 65-35. Pawani Ranspura was the highest point scorer for the LISW, securing 23 points. Rashmi Perera secured almost half the points for LISN, getting 14 points.

Both teams opted for a tight defense from the beginning of the game. LISN`s strength has been their ability to penetrate and score but LISW was well equipped to counter that strategy. LISW guarded the lanes and made sure no one made inroads towards the rim. Thus, they were able to secure the win and maintain their unbeaten streak.