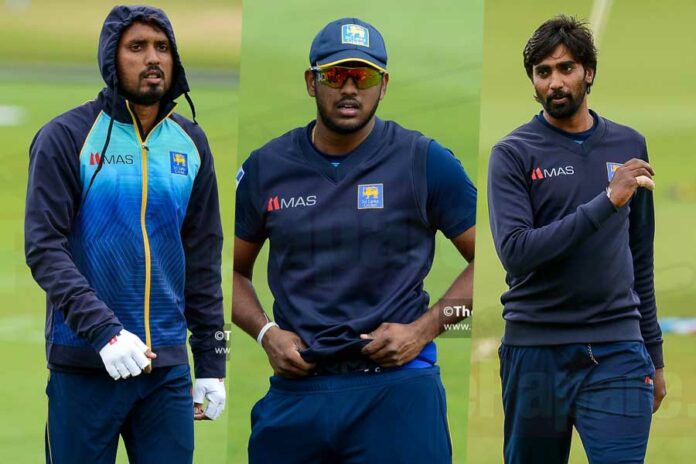 The national selectors have picked a large contingent of 24 players for the upcoming Sri Lanka tour of England. The islanders will play three T20Is and three ODIs on the month-long tour and will depart for England on the 8th of June.

Kusal Perera has been named both the ODI and T20I captain for the tour. Having led the national team in the recent ODI series in Bangladesh, Perera will replace Dasun Shanaka at the helm in the shortest format of the game.

Shanaka, despite being named Sri Lanka T20I captain couldn’t lead the team during their last assignment in the West Indies, due to a visa issue. Angelo Mathews led the Sri Lanka team in Shanaka’s absence but Mathews has not been included in the squad due to the ‘Youth Policy’ taken by the selectors.

Dashing top-order batsman Avishka Fernando has been recalled to the limited-overs setup after missing out on the West Indies tour due to an injury. He was overlooked for the Bangladesh ODIs due to fitness concerns. Oshada Fernando, who last played a T20I against India in early 2020, has also been recalled. He was omitted from the Bangladesh ODI squad despite playing in West Indies. Middle-order batsman Ashen Bandara is the only player to miss out from the squad which played Bangladesh last month, due to a hamstring injury.

Right-arm seamer Nuwan Pradeep also makes a return to the white-ball setup after being dropped for the Bangladesh ODIs. Kasun Rajitha, who hasn’t featured for Sri Lanka since the Boxing Day Test match against South Africa last year has also been included. Several uncapped players – middle-order batsman Charith Asalanka, fast-bowling all-rounder Dhananjaya Lakshan, and right-arm seamer Ishan Jayaratne have been named in the squad for the first time following some impressive domestic performances.

The squad will leave the island on the 8th of June and will play a couple of intra-squad games before they take on Eoin Morgan’s England outfit on the 23rd of June for the 1st T20I.

*Subject to Ministry of Sports approval