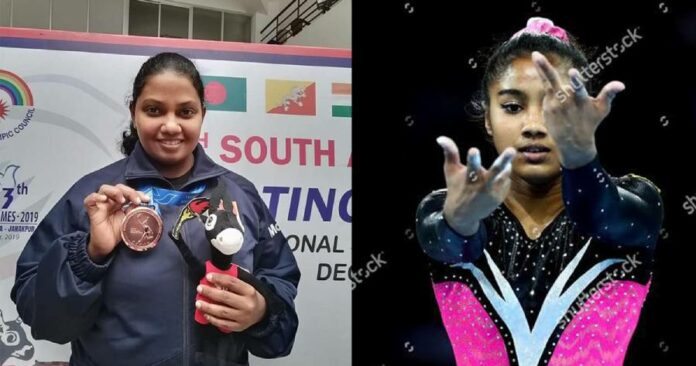 NOC Sri Lanka will be sending an eight-strong contingent of athletes and their Coaches, Managers, Masseurs, and Admin officials, making it a maximum of 15, to Tokyo 2020 – thanks to NOC’s good Relationship with the International Olympic Committee.

Topping the list will be Equestrian Mathilda Karlsson, who bought a direct ticket for the Games on the weight of her legal battle which she won after she was downgraded on a technical point by the authorities. Karlsson was the first athlete to get directly qualified for Tokyo, which is a landmark achievement for the Equestrian Sport in Sri Lanka.

The participation of Gymnast Milka Gehani will mark the first time in the history of NOC Sri Lanka, that the country managed to get a slot in the Olympics for a sport other than those that have been there thus far. Milka Gehani de Silva topped the Asian Continental Quota, ahead of India’s Pranati Nayak.

A student at Piliyandala Somaweera Chandrasiri Vidyalaya, Gehani shifted to Methodist College Colombo-3 in the latter stages of her education. Milka then received training in Japan, which was given under the IOC/Olympic Solidarity (OS) /NOC Scholarship programme. As a result of the superior standards in the training centre there and her ability to grasp and apply them, Milka was further equipped with the skills to compete.

She has represented Sri Lanka at several international competitions, and has so far proved she is the best in the business in local circles. She was Sri Lanka’s Junior National Champion from 2011 (at just 8 years old) to 2014, then finished 6th in the Junior Commonwealth Games in 2016. She was National Champion in 2017 and 2018. She then finished within the top 8 at the Asian Championship in Indonesia in 2018, becoming the first Sri Lankan to achieve this feat. She also represented Sri Lanka at the Youth Olympic Games 2018, setting an Area record.

Another slot has been taken by Shooter Tehani Egodawela – OS/IOC confirmed that a slot was being allocated for her, and NOC in consultation with the President of Shooting Federation confirmed the acceptance of this slot, thereby confirming a slot for Shooting.

Tehani, who is attached to the Sri Lanka Navy, was a former student at Good Shepherd Convent, Nayakakanda.

Apart from the above, it is likely that two more places will be afforded to Sri Lanka either in Judo/ Wrestling/Badminton or Weightlifting, thus bringing our team contingent to eight athletes.