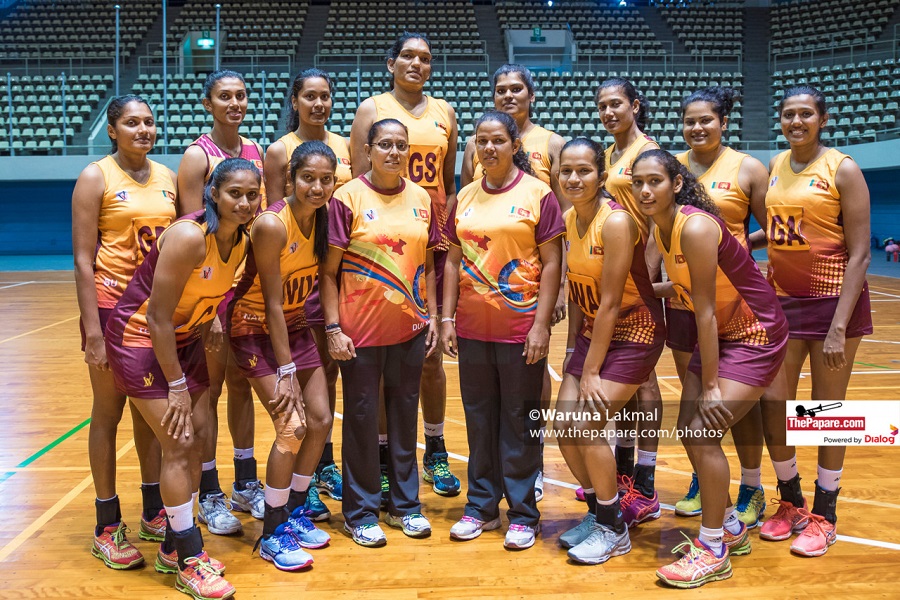 The 11th Asian Netball Championship 2018 will commence at the OCBC Arena at Singapore Sports Hub, Singapore on the 1st of September.

Sri Lanka have a rich history in the sport, particularly at this regional event, having won the title 4 times since the tournament’s inception in 1985.

Sri Lanka’s last win came back in 2009 and they have since only managed runner-up finishes in the last 3 tournaments, finishing second best to Singapore twice and Malaysia at the most recent edition of the Championship in 2016.

During the last tournament, Sri Lanka looked on their way to a semi-final exit before they stunned top seed Singapore to make their way to the final. The tournament ended in disappointment however, as the Lankans lost to Malaysia for the 2nd time in the Championship and had to settle for the Silver Medal.

Sri Lanka’s preparations for the 11th Asian Netball Championship have been in full swing since January of this year with double international Thilaka Jinadasa being appointed Head Coach. Since then, the team has participated in two preparatory tournaments with encouraging results.

In May, Sri Lanka hosted the Singaporean national team in a quadrangular tournament featuring PStar Netball Club, a community club from England, as well as the Sri Lanka Development Team.

The Invitational tournament was organized in a bid to give the players some much needed match practice and concluded successfully with Sri Lanka defeating Singapore in a tight final at the Sugathadasa Indoor Stadium.

This in itself was a step up from the preparations for the 2016 tourney, where a team was hurriedly put together a couple of months prior to the Championship.

The Sri Lanka Netball Federation also organized an invaluable tour to Malawi at the end of July, which saw the Lankans facing the 6th Ranked team in the world in 2 encounters. Although Sri Lanka lost 5 of the 6 games they played in Malawi (they played 2 each against the Malawi National Team, Malawi U20s and 2 club sides), the team gained a lot of experience and confidence from the performance.

Coach Thilaka Jinadasa stated that the tour definitely improved the style of play of Sri Lanka’s mid-court as the girls grew more accustomed to the faster and physical style of play that is seen in Malawi.

“We were able to give them a good fight. They don’t play the style we do there in Malawi, so the girls had to adapt and play more aggressively. I think this will be a big strength for us, going into the Asian Championships.”

12 teams will participate in this year’s championship in 4 groups of 3 with the top 4 teams in the region, Malaysia, Sri Lanka, Singapore and Hong Kong, heading Groups A, B, C, and D.

The four top seeds are expected to go through the preliminary round without a problem, however, Sri Lanka could face some stiff opposition from Chinese Taipei, ranked 33rd in the world.

The end of the first round will see the teams move into round 2 in 3 groups of 4. The top 4 finishers with move onto Group E, essentially the semifinalists, 2nd place finishers will move to Group F to battle it out for the 5-8th spots, and the rest will move on to Group G to play for the 9th-12th spots.

The top four teams will then go head to head against each other, with their position in Group E determining who will face who in the semifinals of the Tournament.

Air Force’s Chathurangi Jayasooriya will lead the team this time around, with Darshika Abeywickrama suiting up as her deputy.

The return of national treasure Tharjini Sivalingam will be a huge boost for the Lankans and will look to lead the way for Hasitha Mendis, Dulanga Dhananji and new recruit Elilenthini Sethukavalar.

Gone are the days when Sri Lanka were all but assured a place in the final of the Asian Netball Championship. With Malaysia emerging as a real contender over the last few years, Sri Lanka will have their work cut out if they are to break their streak as runners up and finally hunt down that elusive title!