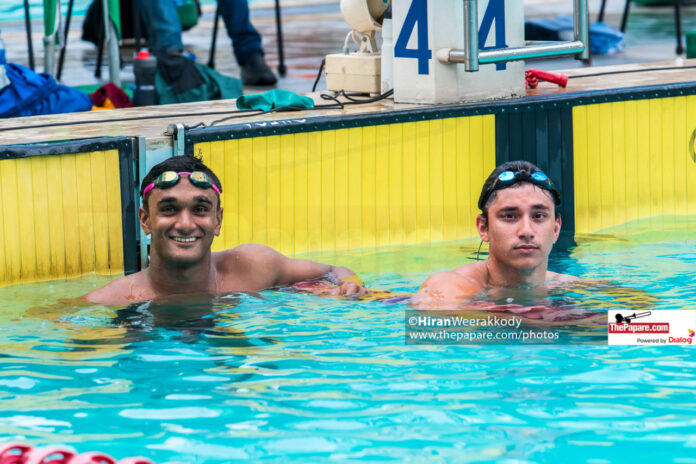 Sri Lanka’s swimming fraternity is getting ready for 2022 as SLASU released the official event calendar for the year.

Starting the year off the first set of selection trials were held at the Sugathadasa Indoor Stadium over the 21st, 22nd weekend with Akalanka Peiris and co. showing real potential for the rest of the year.

The trials were mainly in focus with the 19th Asian Games and Birmingham Commonwealth Games which are to be held from July – September. These will soon be followed by the Age Group Relay Championships on the 30th January.

March and April will be big months if for those aiming to qualify for the 19th FINA World Championships in Fukuoka as 3 qualifying events will take place with two of them happening in Malaysia.

Just after the Fina World Championships in May, the schools action will be showcased in June with the Junior and Senior Schools Aquatic Sports Championships. This will segway into the Commonwealth Games which will happen in July/August.

The 8th FINA World Junior Swimming Championships will also take place in August and the 19th Asian Games in Hangzhou, China is to be held in September.

The short course (25m) 16th FINA World Championships – Kazan will also take place towards the final two months of the year with a big focus on the Asian Youth Games in Shantou. 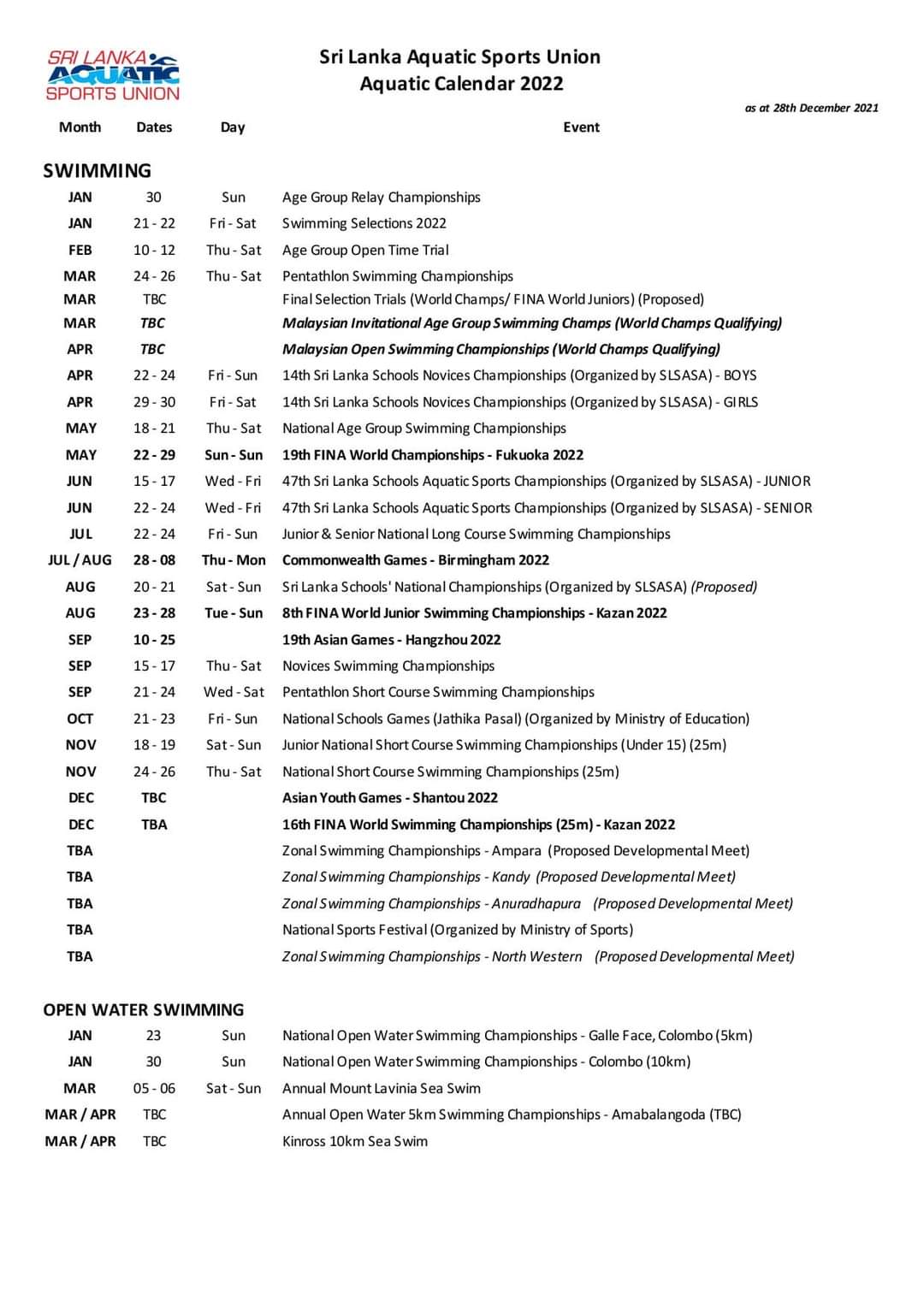