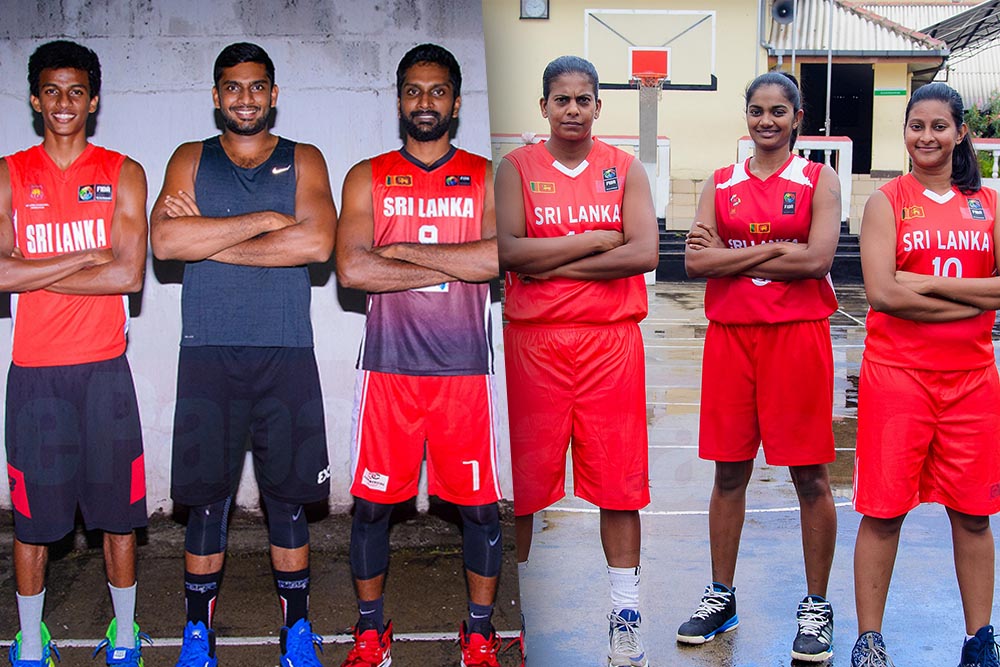 The second edition of the 3×3 FIBA Asia Cup is set to tip off from the 27th of October – 29th of October 2017 in Ulaanbaatar, Mongolia. Sri Lanka will be part of the competition in both men`s and women`s categories. ThePapare.com will be FIBA`s Broadcasting Partner for Sri Lanka. Viewers can experience the 3×3 Asia Cup Live on ThePapare.com.

Sri Lanka ranked in the fiftieth in the world and occupying the twelfth spot in Asia, will mark another important run in their 3×3 anecdote for the year 2017 by participating in the second edition of the Asia Cup.

Sri Lanka`s run in 3×3 for 2017 has been impressive. Still in early stages of the sport, the local lads and lasses have learnt quickly from their errors and improved in every tour. Earlier in the year, Sri Lanka went on to beat Japan for the maiden time in any format of the game, at the U18 3×3 Asia Cup 2017.

Apart from the famous win, Sri Lanka also participated in the U18 3×3 World Cup 2017 held in China and the 3×3 World Cup which was held in France.

After the experience in the continental championships, Sri Lanka went on to taking part in the 3×3 U23 Nations League which in-fact concluded in Sri Lanka.

Sri Lanka men`s team will walk in with plenty of experience in hand. Moving swiftly across the court, grabbing the rebounds and getting the second chances is key in the shorter version of the game if anyone wants to emerge as the winner.

Sri Lanka is well equipped with speed and height. The two brothers, Clinton Thevakumar and Arnold Thevakumar will play a key role in the team. Both the players having experience in the international arena, specially Arnold participating in the FIBA 3×3 fast track program will play an instrumental role for the islanders.

The rest of the two slots in the team is filled by Sudesh Paiva and Timothy Nithushan. Both the players having plenty of international experience being a part of the national team for the past years will add the color to the team.

Nithushan, who is brilliant in his penetrating skills will team up with Clinton, equally brilliant in both penetrating and shooting outside the arc. The two men will be looking to hit the gaps while Sudesh Paiva`s rebounding skills and his game play will come handy for Sri Lanka to balance things in the court.

Arnold Brent, speaking to ThePapare.com about the tournament said,

“We have been practicing for quite some time mainly focusing on our shooting. We practice a lot of shooting throughout the day for us to be in touch. Our main focus is to get off the group stages first and then we will look at the rest of the matches as it comes”.

Sri Lanka Men`s team will play their first match against the qualifying nation in bracket B on the 28th of October 2.30 PM (Local Time) while the second match will be played against Kazakhstan on the same day at 4.25 PM (Local Time).

The Sri Lanka women`s team too will feature both talent and experience. The four slots in the team are filled equally between senior and junior players. The team comprises of Kumaraine Silva, Solange Gunaewijaya, Jayani Nugi Ransari and Imesha Thathsarani.

Apart from the seniors, Imesha Thathsarani who was part of the national youth team, in the recently concluded U23 nations league will add value to the deck. Thathsarani is also a part of the FIBA 3×3 Fast Track Program towards the 2020 Olympics.

“Practices have been good and we are preparing well, we all have played together before so I believe we can achieve our expectations and bring back glory to Sri Lanka”.

Sri Lanka Women`s Team will play their first match against China on the 28th of October at 11.50 am (local time) and the second game will be played against the hosts Mongolia at 3.25 PM (local time) on the same day.

The match-ups will be tough, there will be no doubt, but it is high time that Sri Lanka use their experience to do better in the game. Home-work on the rest of the teams and executing the game plan will definitely help the Lankan lads and lasses to keep the step outside the knockout stages and qualify for the knockouts.