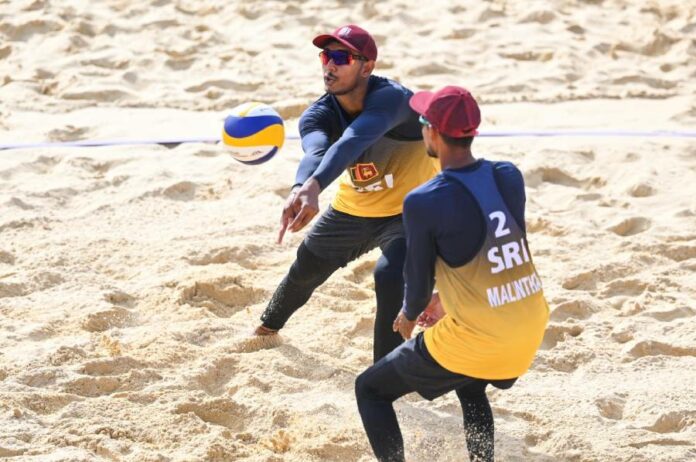 Both the Men’s and Women’s pairs of Sri Lanka lost at their quarter finals in Beach Volleyball at the Birmingham Commonwealth Games 2022.

In the group stage, Malintha and Ashen lost 2-0 to Canada’s Schachter & Dearing. They lost the 1st set 21-14 against Gambia’s Jawo and Jarra, but won the 2nd 19-21. However, they lost the 3rd set 15-9. They needed to win against Saint Kitts and Nevis’ Hodge and Seabrookes to have any hopes of a quarter final place, and they did comfortably 21-11 and 21-11.

In the Women’s quarter final, it was an easy win for the Canadian pair who won both sets 21-9 & 21-11. Deepika and Chathurika booked a place in the quarters after a 2-0 set win against Trinidad and Tobago’s Armstrong and Chase after they were forced to withdraw due to injury.

The Sri Lankan pair lost 2-0 to both Australia’s Clancy and Mariafe and Cyprus’ Constantinou and Constantopoulou in the other group stage matches.