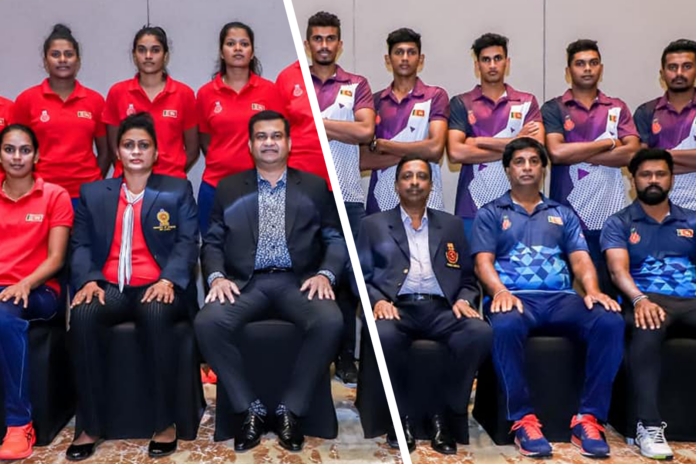 Sri Lanka Volleyball Men’s and Women’s teams left for Bangladesh on the 21st of December to participate in the Asian Central Zone Volleyball Championships.

The tournament will be conducted from 23rd to 28th December in Dhaka with the participation of six countries – Maldives, Nepal, Sri Lanka, Kyrgyzstan, Uzbekistan and the hosts, Bangladesh. All six teams will compete in the Women’s championship, while five teams except Kyrgyzstan will vie for the Men’s championship.

All teams will play each other in the league stage with the top two teams of both men’s and women’s groups playing the finals.

Before departing the island, former Sri Lanka Cricket captain Aravinda De Silva conducted a special motivational workshop on the 20th of December for both teams.

Sri Lanka men’s Volleyball team will be captained by Lasindu Methmal, while the Sri Lankan women spikers will be led by Thilini Wasana. The men’s team will be coached by Channa Jayasekara and assisted by Nishan Indika. The Women’s team will have the services of Charles Tillakaratne as the Head Coach and Chandima Akaravita as the Assistant Coach.