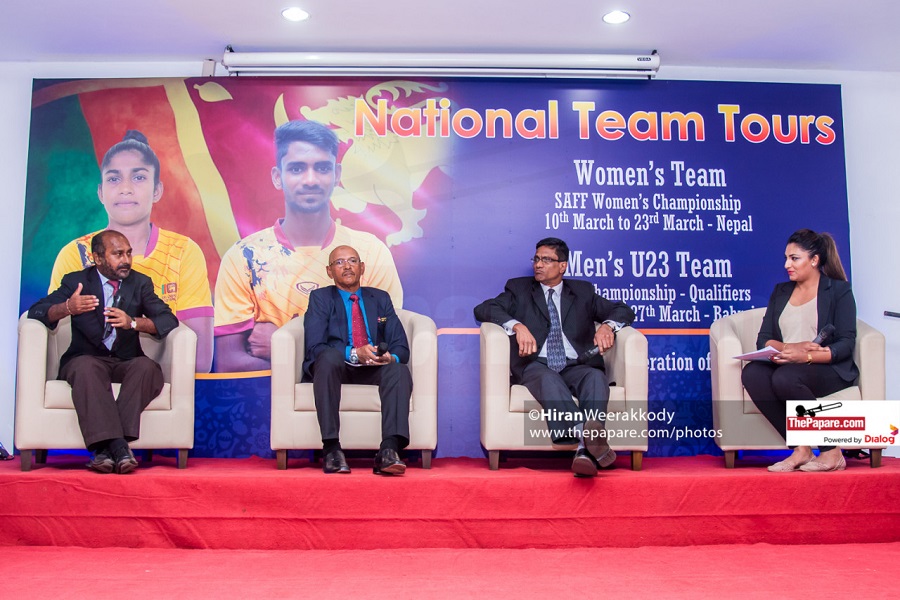 A media briefing was held at the Football Federation of Sri Lanka (FFSL) to inform about the upcoming SAFF Women’s Championship & 2020 AFC U23 Championship Qualifiers in which the respective Teams will be participating.

President of the FFSL Anura De Silva addressing the media shared his views;

“We will prepare for the World Cup qualification in June with the current squad and the U23 players included.

“I’m satisfied with the team because we had many training sessions over few months and played few international friendly matches as well. Our main target is to enter into the semi finals and we will make further plans in accordance.”

Head Coach of the U23 team Nizam Packeer Ali had this to say;

“The boys are not much experienced locally or internationally. But we have a talented and physically strong team. Though we conduct practices in a short period of time. We hope to give a good competition in these qualifiers.”

“This international experience will be very useful for the upcoming South Asian Games (SAG) to be held in September this year.”

“Training time was limited due to the Champions League however I’m expecting this team to give a surprise as we did in the recent SAFF.”