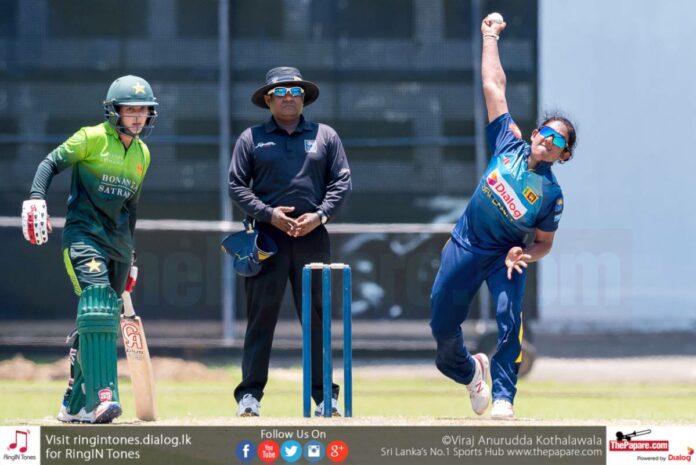 Sri Lanka will face West Indies, Ireland, Papua New Guinea and the Netherlands in Group A, at the ICC Women’s World Cup Qualifier 2021, scheduled to kick off in Zimbabwe on the 21st of November.

Pakistan and Bangladesh feature in a highly anticipated match on the opening day of the Qualifier to be played across four venues in Harare.

The 10-team tournament gets off with a set of warm-up matches on 19 November, after which the south Asian rivals will play at the Old Hararians Club on 21 November.

The match between the 2016 ICC Women’s T20 World Cup champions West Indies and Sri Lanka will be another high-profile match during the preliminary league of the tournament which sees the West Indies, Sri Lanka, Ireland, Papua New Guinea and the Netherlands in Group A, and Pakistan, Bangladesh, Thailand, Zimbabwe and the United States in Group B.

There is no knockout stage in the competition, with the preliminary league, consisting of five teams each in two groups, followed by a Super Six stage to decide the final positions at the end of 29 matches.

The Zimbabwe tournament is an important one on the calendar as it decides three qualifiers for the ICC Women’s Cricket World Cup 2022 to be held in New Zealand from 4 March to 3 April, joining five teams who have already qualified through the ICC Women’s Championship – Australia, England, India, South Africa and hosts New Zealand.

The three qualifiers as well as the next two teams will also ensure places in the next ICC Women’s Championship (IWC) along with the top five from last time, as the number of teams in the third cycle of the IWC goes up from eight to 10 teams. 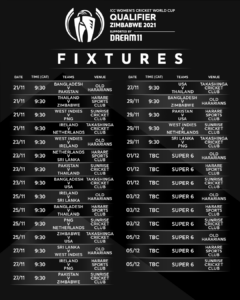