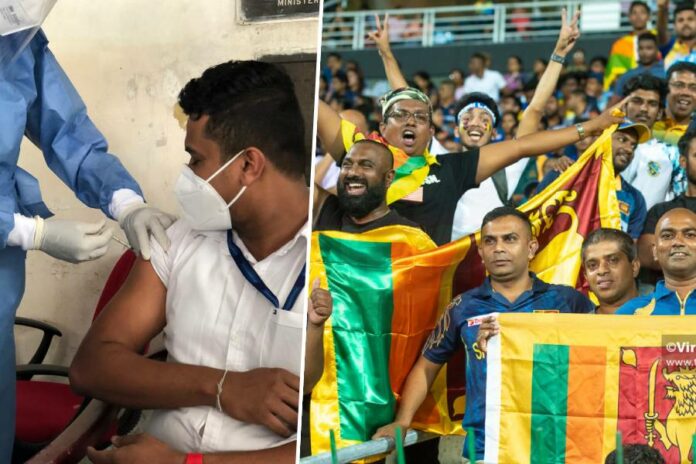 Sri Lanka Cricket (SLC) could have their first tournament with the attendance of fans in the Covid-19 era during the second season of the Lanka Premier League (LPL), ThePapare learns.

SLC announced last week that the postponed franchise-based T20 competition will be held in Hambantota from the 4th to the 23rd of December later this year. The second season of the LPL will once again see five teams competing at a single venue like in 2020.

“We want to encourage our fans to get both the doses (of vaccines) so that we can allow up to 25% capacity for the LPL. Currently, we have a vaccination rate of 54% (both doses) and hopefully if we reach around 70 to 75 percent in the next couple of months, with the guidance of Ministry of Health, we can open up the stands for fans. “ SLC Head of Medical Unit, Professor Arjuna De Silva exclusively told ThePapare.

Sri Lanka is still under a quarantine curfew, with restricted movement. However, since 2020, SLC have managed to host plenty of international cricket matches in the island sans the fans. Following the recent reports of 20-29 age group showing reluctancy to get jabbed, Cricket could well be a driving force for the general public to get vaccinated.

“Not only for LPL, we’re also looking at the option of opening the gates for fully-vaccinated fans for any sporting events in the future.” He further stated.

Soon after the ICC Men’s T20 World Cup 2021 in the UAE and Oman, Sri Lanka is also slated to host West Indies for a two-match Test series in Galle from 21st November to 2nd December.