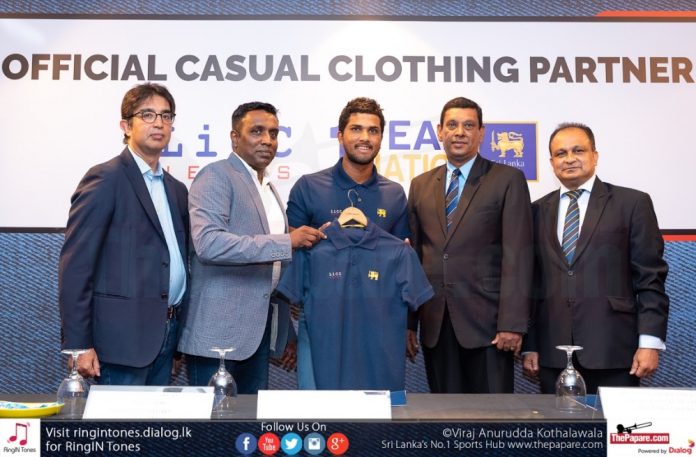 Dominant in the field and ahead of the curve in its arena, LiCC (Long Island Clothing Company) has partnered up with Sri Lanka Cricket as the organization’s Official Casual Clothing Partner.

With this timely sponsorship, two giants in their respective fields have come together and now form a partnership that will put Sri Lanka’s cricketers ahead in style and comfort and add sartorial value to an already iconic team.

LiCC has always been at the center of technological innovation when it comes to comfortable and aesthetically appealing apparel. The T-shirts and jeans which the national teams will don during their outbound and inbound tours will thus be no different.

Vinod Hirdaramani, Director – Hirdaramani Group of Companies said that since its launch ten ago, LiCC has done wonders to the development of jeans, which have been in use for over a century through contemporary styles, associated with high fashion, “With LiCC’s modern design sense, cutting-edge innovations and the brand appeal, along with the wide coverage of Sri Lanka Cricket, this promises to be an unbeatable and winning partnership.” He affirmed.

LiCC is a subsidiary of the blue-chip Hirdaramani Group, a long-standing establishment in business for over 100 years. The conglomerate has a wide network of companies in the apparel, leisure, power, information technology and retail industry. It has extended its presence across six countries with over 60,000 employees and is known as a company with a broad vision and capacity to explore novel ventures.