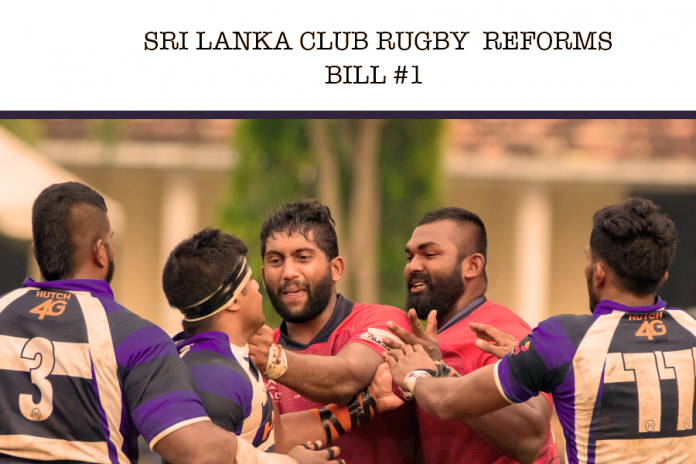 In December of 2017, US President Donald Trump passed what was described as the most sweeping and radical tax reforms in the country’s history. It was the most dramatic such change in over three decades. Duly passed 51-49 by congress.

Republicans said the tax cuts for corporations, small businesses and individuals will boost economic growth. Democrats, who all voted against it, said it is designed to benefit the ultra-rich at the expense of the national deficit.* Thus far, based on economic data from the federal reserve, the United States is humming along.

Radical reforms for what were, and are radical times. Love it or hate it, change is an inevitable agent. The only consistency around all human life is change. Evolution.

Read More: Five must do’s for the second round

Rugby or any sport for that matter is no different. There is no better place and competition of “significance”, more applicable in Sri Lanka than the current club rugby setup or DRL. 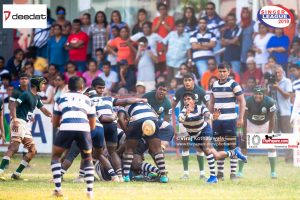 Sri Lanka rugby is at a crossroads and require bold change to drive home a fluid setup which will allow for local talent to optimize their potential. There is no shortage of this talent, in the rugby strongholds and now, “emerging” schools who play a vital role for schoolboy level. Just ask any of the premier level coaches and school administrators.

This talent management is much bigger than one or two clubs winning a title so they can brag about it and the rest, moan about it, then do everything possible to curtail their opponents, off the field. In short, the current system is tailor-made for it in a funny sort of way. By “it” I mean, suiting a club or clubs to dominate.

Running on an archaic model and arbitrary mechanisms which has seen domination of the highest order by one club– Kandy, followed by a ragtag motley crue, flash in the pan performances along the way

For the record, Kandy and her success over the last 19 years has been nothing short of phenomenal on paper. It is a record which speaks for itself, leaving the rest of the “clubs” in its wake. 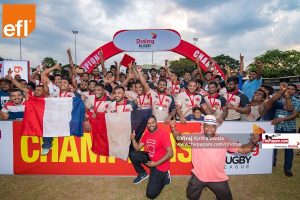 Starting from how the club rugby set up is run and how the game is administered, leaves for more questions than answers if you were to be objective. The recent drama surrounding the bottom four dwellers- “foreigners only” policy is a perfect example. Done with seemingly good intent, but what was supposed to unite and excite the competition caused friction and doubt. The complete opposite to what it was supposed to do.

Be that as it may, what you are about to read are some key proposals and changes which should be enacted to ensure forthright competitiveness, in the local first-class league for what I believe are the rightful reasons of equity, ensuring all clubs, it’s players, administrators, sponsors and above all, you, the fans get the fairest deal of them all.

In what I believe is the most comprehensive reasoning, to date, which will allow for a more level playing field – think of it as a brand-new deck of cards which have been shuffled thoughtfully to give every card player a fair go. It is not stacked in a certain manner but leaving enough intrigue for whoever wants to take it, and play a winning hand. The more you play, the better your chances are.

Kicking off what will be a detailed multi part series of articles in the form of draft proposals which would usually cost any union millions of tax payer rupees in “consulting fees” and blah blah, will be laid out. This, for the betterment of the game. Period. They will be groundbreaking and pioneering.

Targeting key areas such as the missing link between Sri Lanka’s most successful and prestigious sports league, the MILO schools U20. A gold mine of talent which has only really benefited a few elite schools in a skewed manner.

These proposals will be sweeping and radical, much like Donald Trump and his tax reforms. The time for action is now. Let’s make SL rugby great again. 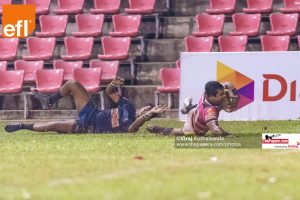 Club rugby in Sri Lanka is way too predictable, in comparison to school boy rugby. It is crystal clear on the evidence in front of us. The level of interest and gate revenues, online viewership, quality of competitiveness are all head and shoulders above the so called “Club premiership grade”.

As opposed to, two and a few clubs being in a race disguised to go pretty much–one way or the other. So, let’s make it into an open race. Much like a weight for age handicap, where anyone can beat anyone on their day.

Turnstiles keep ticking over with your average weekend school game between lesser profile teams doing far better than club fixtures. The recently concluded Vidyartha V Dharmaraja from the B division at Nittawela is the prime example. It drew a 5000+ crowd and healthy online audience at ThePapare.com.

This very game ended up being my #straightup game of the week, beating the likes of St Peter’s V Royal and St Joseph’s V Isipathana on the same weekend.

On the very big end, the Bradby shield which I called from the commentary box last year is the mother of all games in the island. It, on a global scale will challenge any top secondary schools clash such as Kings College V Auckland Grammar in New Zealand. In fact, it is bigger and greater.

Unless a game like Kandy V CR&FC is played at Nittawela, there is hardly any spectator interest. I am not even going to state the attendance figures when played in Colombo for the fact that it may cause embarrassment and ridicule.

So what’s the big difference? Where is the missing link? Even if 1/10th of the school boy interest is brought into the club set up via a #straight up DRAFT system, it will make for better times and surely more spectator interest.  Ah, so I am onto something here and I know I have your attention. Please take note.

Creating and harnessing a well-structured #straightup DRAFT system with all schools, allowing all clubs to tap in to school boy talent, especially those who leave the league and look to pursue further rugby is critical.

The club season which just concluded, DRL (Dialogue Rugby League) 2019 saw only a handful of school boys who exhausted their playing years of 1st XV, representing a respective club. Janinindu Dilshan, the ex Royal play maker being the most recognizable commodity with CR & FC.

Apart from that, there were only fifteen others. A paltry 16 players from a sizeable population who left.

I am not for a moment suggesting that all of these school-leavers are good enough to play club premiership, given that there are only 8, A division clubs. Further to that, some of them will opt out and take a different career or make life choices which won’t allow for that to happen, like full time tertiary education overseas, entrepreneurship or just call it quits.

Moreover, the DRAFT is all about attracting and recruiting the best available talent from school boy rugby exits. It is all about building a deeper pool of talent, the cream of the crop, right across all clubs.

As someone who played club rugby whilst playing for my school, I can clearly relate to this and give you a broadside into where and how the system needs to improve. Rather than have an accidental “policy” where clubs stumble upon talent, this is a process by design to target and recruit the right talent, thereby allowing all clubs to have a better opportunity to access a quality talent pool.

It will be an open and transparent system (some may think that alien to Sri Lanka) based on several other factors which are correlated, such as a salary cap and mandatory disclosure which I will discuss (later), in detail.

That is also one of the very reasons why a pathways program such as my proposed DRAFT must be enacted. It will create and allow for all clubs to tap into and absorb– those who wish to continue their playing careers by entering the system in a regulated and contractually professional manner. Thereby allowing SLR (Sri Lanka Rugby) to better align themselves with the clubs and their recruitment rosters.