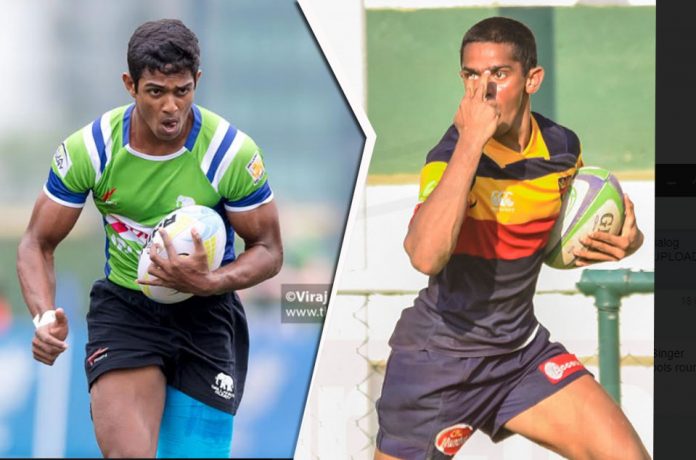 With the Dialog Rugby League just around the corner, ThePapare.com takes a look at the schoolboy graduates from this year’s concluded season featuring in the top rugby clubs in the country.

CR & FC has brought the top schoolboy talents in the country from the concluded season; Janidu Dilshan of Royal, Vishwa Ranaraja of Trinity and Gemunu Chethiya of St. Joseph’s.

The star midfielder from Royal College was sensational in the past two school seasons and that later earned him the National Under 20 Sevens colours. Dilshan is set to start at outside-centre this weekend for CR & FC this season.

The top try scorer from the league, Gemunu Chethiya will be an important cog for the Longdon Place side alongside Trinity’s speedster Vishwa Ranaraja. The two of them will feature in the side after the Asia U19 Championship.

Kandy Sports Club has been in the forefront in investing young blood and have picked key players to join their side. The star centre from Maliyadeva, Lahiru Daulagala will be pivotal for the Kandy side on the bench. Daulagala already made his debut in the concluded Asia Western Club Champions League.

In addition, former Junior Tuskers represent Mohammed Shabeer will make it in Kandy colours. The impact loose-forward from St. Anthony’s will most likely make a start this weekend.

Himalka Dananjaya & Malitha Wijesundera of Maliyadeva and the big prop forward from Kingswood; Rashmika Chandraratne have also signed up with the hometown club for the upcoming season.

The younger sibling of Mushin Faleel, Mubeen Faleel will be Navy’s newest recruit. Playing as replacement halfback in the 2017 league winning Royal College team, Mubeen Faleel stole the spotlight towards the latter stages of the league.

However, the turning point for the 20-year-old was ThePapare’s Colombo Kandy encounter where his performance made the selectors make a unanimous choice for half-back. Currently, he is a part of the Sri Lanka U19 fifteen’s squad ahead of the Asia Rugby Under 19 Championship.

In a bid to rebuild the park club, Havelock Sports Club has the representation of familiar schools rugby faces set to turn out in the pink colours. Sri Lanka U18 represent Christian De Lile will be starting off his professional career at the Park Club while league winning Royal’s vice-captain Maleesha Madumevan will also be playing for Havelock SC.

Other key players include speedster Dilan Kavinda of St. Joseph’s & Wesley skipper Daiyan Sabar who are set to join the side after the Asia U19 Rugby Championship in December.

The Cops have opted to go for speed as they contract Rukshan Madusanka of St. Peter’s. Madusanka who played outside centre for the knockout trophy winning Peterites will be raring for a chance at Police.

Also in the Police colours is the Zahira prop forward Amjad Fawmy who will set to start this weekend.

Stay logged on to ThePapare for exclusive action from the Dialog Rugby League that kicks off on the 9th of November 2018.