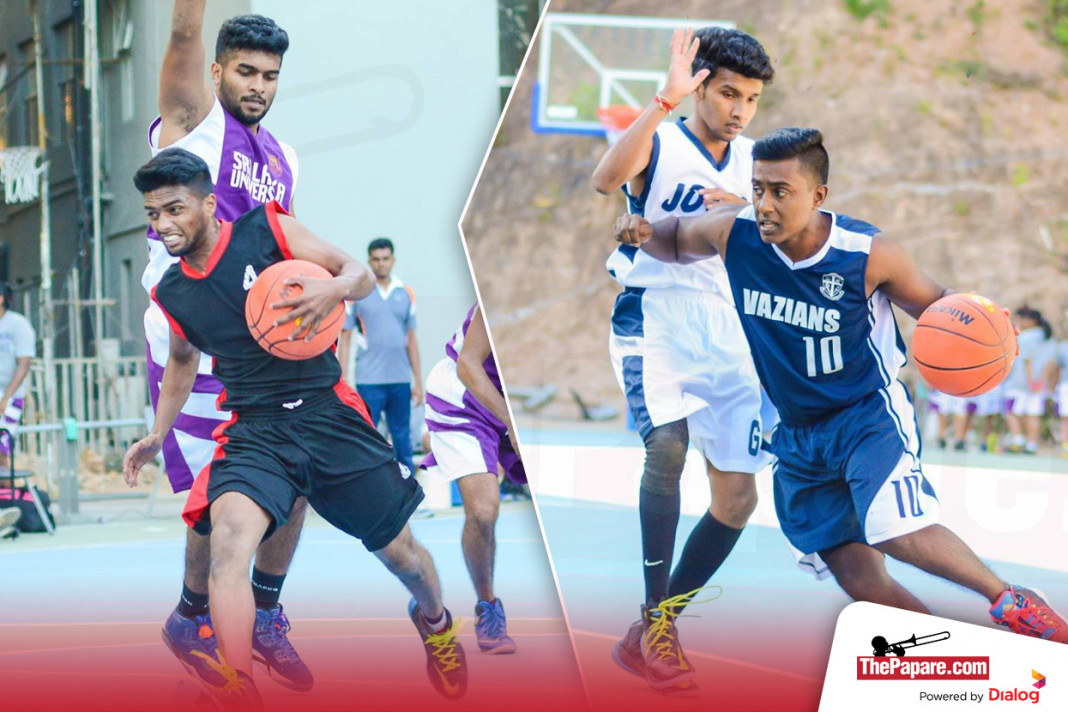 When the 51st Senior National Men’s Basketball Championship kicked off, it was the teams from Kandy and Jaffna that got off to a steady but victorious start in the first day. The tournament is scheduled to be played across 3 days at the Basketball Courts of Gateway College Kandy. Jaffna District BA locked horns with the Puttalam District BA in the first game.

With the senior nationals basketball championship… 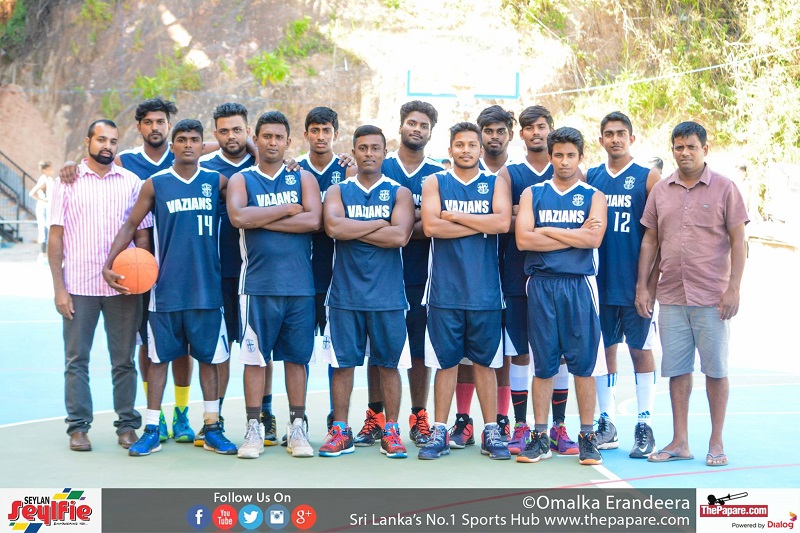 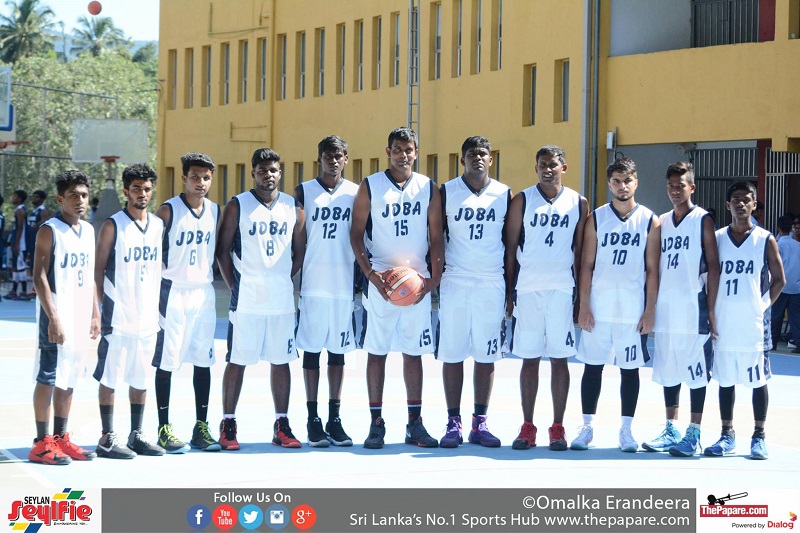 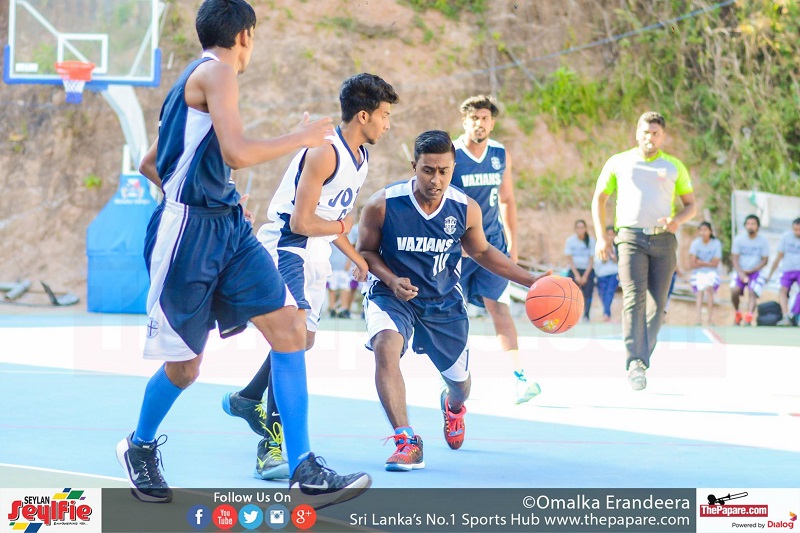 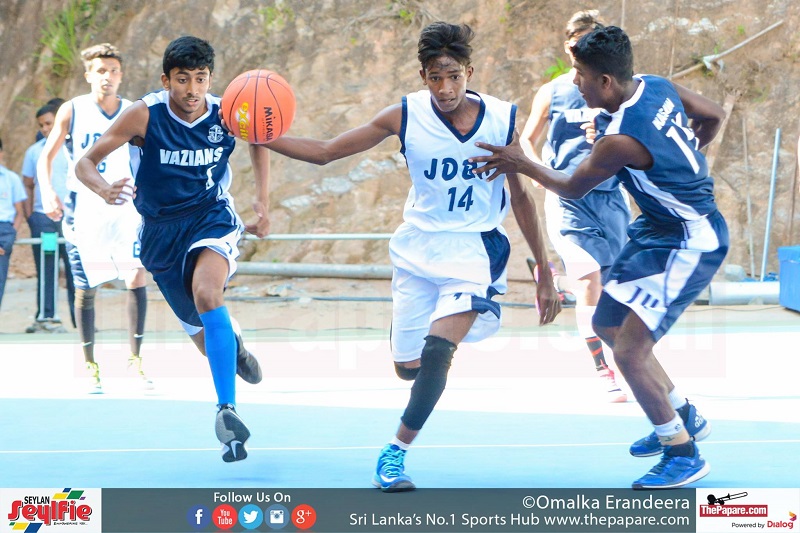 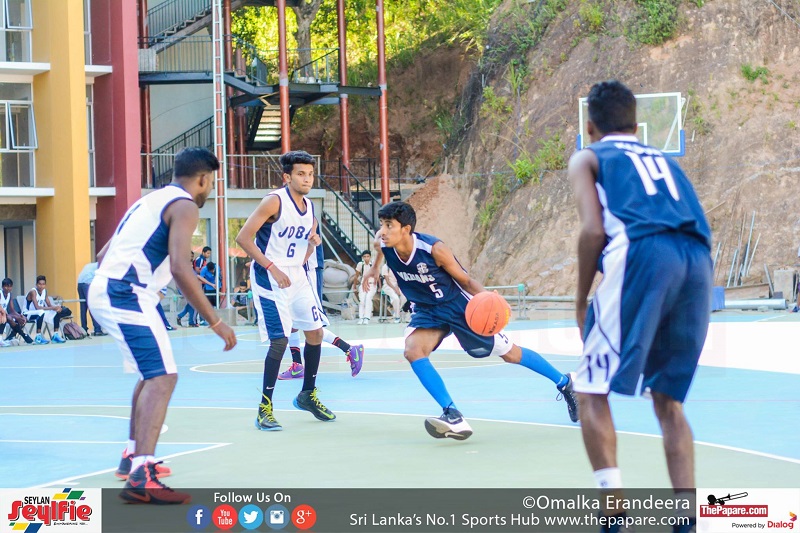 Jaffna District BA secured a stunning comeback win after being behind by 4 points at half time to win the game 48-45 earlier today. Puttalam District made an excellent start to the game securing the jump ball and scoring points at will in the first few minutes of the first quarter. But Jaffna District was able to pull back the margin in the second quarter of the game.

Throughout the first half, although Jaffna stole the opposition ball they were very poor at converting them into points. Both the teams failed to capitalize on the free throws they received as most of them rebounded off the post. At the breather it was 20-24 in favour Puttalam District.

Like in the first half Puttalam once again made a brilliant start where at one point they were 10 points ahead at 32 points to 22 points, taking the game away from Jaffna with ease. Then Jaffna opted for a time-out which proved healthy for them. After the time out they changed their strategy. From then on they opted to go around the Puttalam defense rather than trying to penetrate the strong Puttalam men. Puttalam too were guilty of not scoring off the free throws which came their way. Jaffna made a few turnovers in the game as well which helped them win the game by a narrow margin of 3 points. Jaffna will have to get their shooting intact if they are to go deep into the tournament.

Speaking to the captain of Jaffna District coach he shared his views with representatives of ThePapare after their win: The match wasn’t that tough, we could have easily won. We’ve beaten them in Jaffna convincingly as well. But in the first half we were over confident that is why I think we couldn’t take the lead. 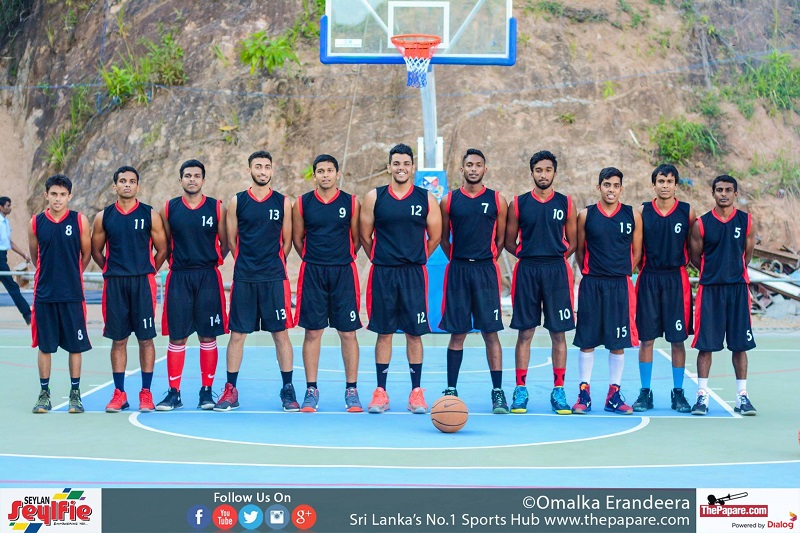 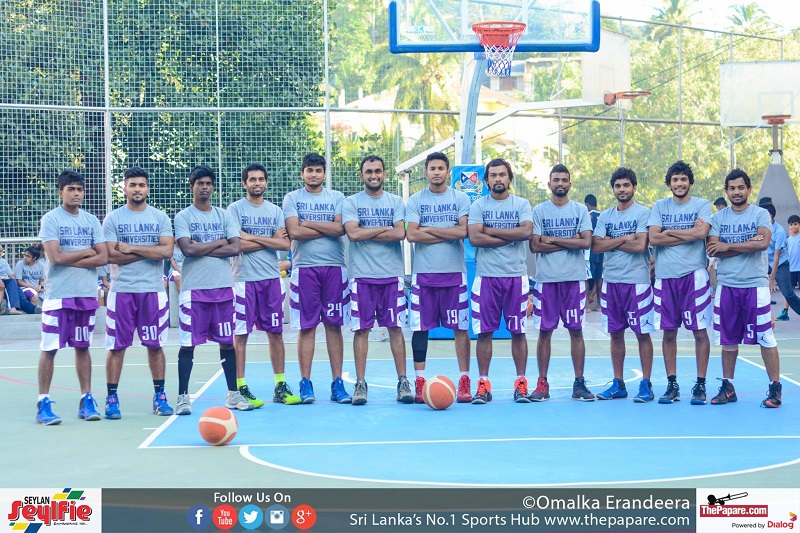 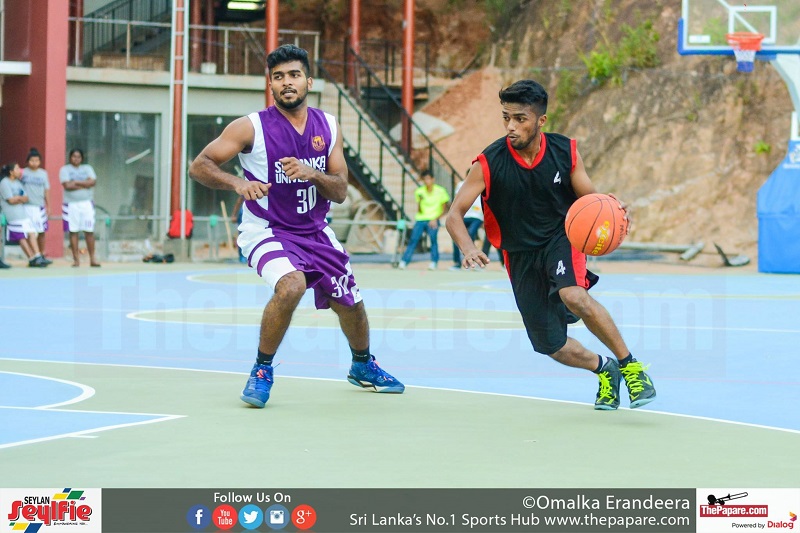 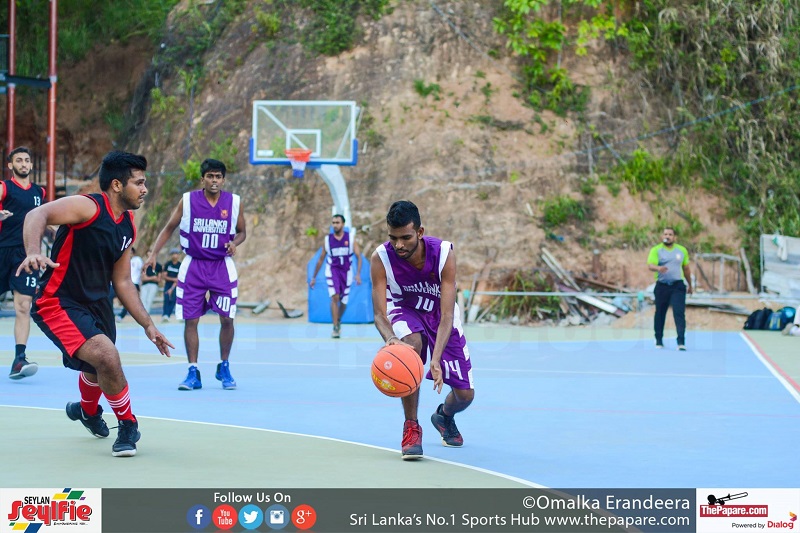 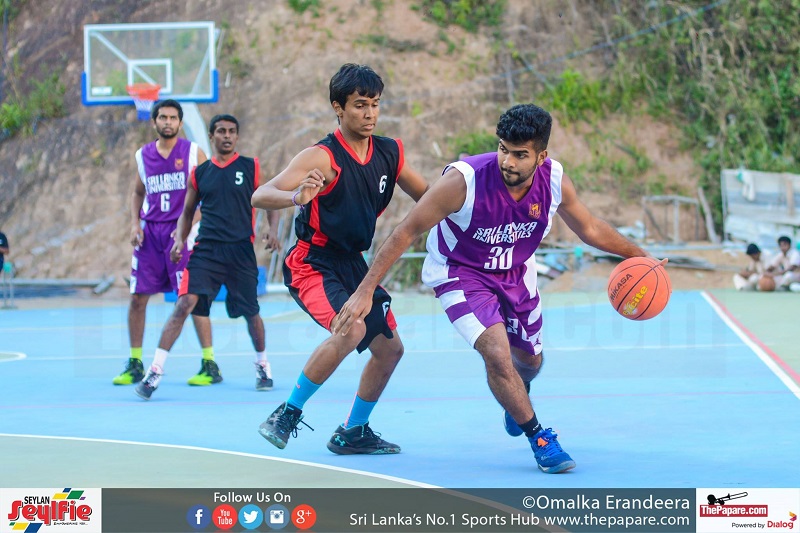 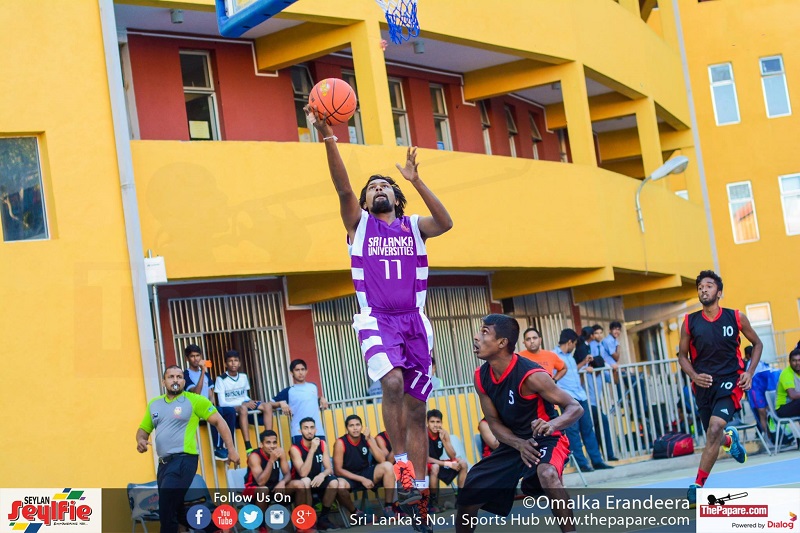 A strong first half from Kandy District proved too much for the SL Universities as Kandy District won the game 54 points to 50. Kandy District was the dominant team throughout the first half, however neither team was able to score a single point till about 7 minutes into the game. Kandy was the first to open the scoring and settled down really well since then.

The Kandy defense looked organized, defending the ball better and intercepting the passes of the University players. Universities however capitalized through the free throws which came their way. At lemons Kandy led the game by 8 points.

SL Universities bounced back hard in the third quarter narrowing the gap to 2 points with Kandy also helping them by missing a lot of scoring opportunities. SL universities had learnt from their mistakes in the first half and were making the Kandy defense pay for their 1 on 1 defense with some lovely passes. 2 minutes into the last quarter SL Universities led the game 36 points to 34. Kandy was under pressure but adjusted their defense and switched to the normal formation which proved influential. SL Universities missed the plot when they tried to get 3 points with around 2 minutes left on the timer. Then after an interesting final few minutes in the final quarter, Kandy defended their 4 point gap with ease.

Speaking to the coach of Kandy District after their win he shared his views with representatives of ThePapare: We will look to repeat this performance throughout the tournament and eventually win it. Our free throws were a little off target today which cost us around 15 points, other than that it was a good game for us.