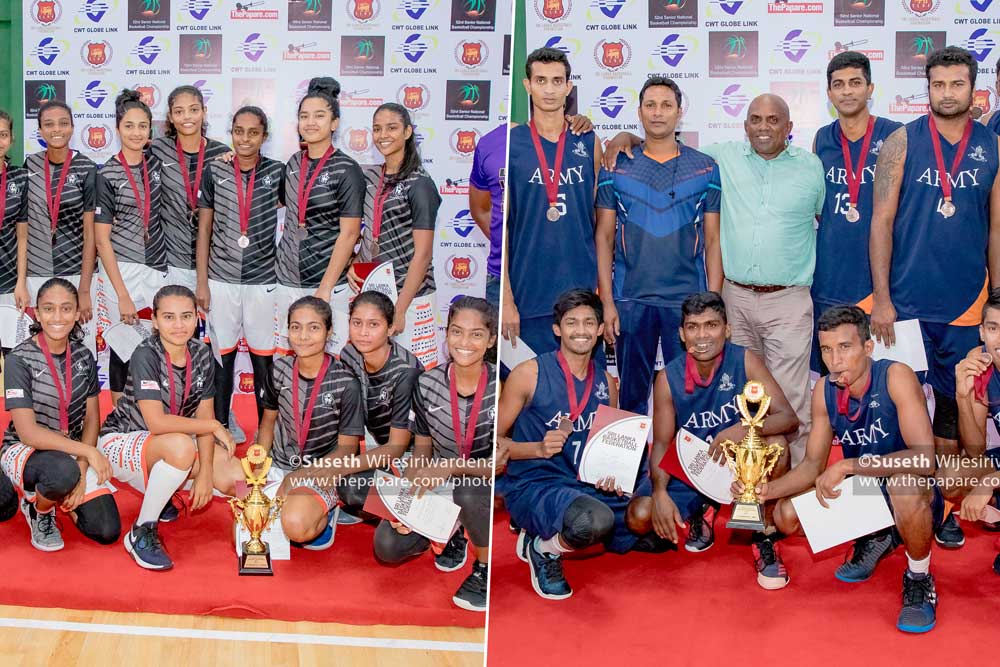 The match started with a dominant performance from SLAF securing almost all the possession in the entire maiden quarter. SLAF scored 14 points while SLSG only managed 06 points. SLSG struggled with finishing the offensive possessions, while many shots hit the rim and fell short. The pressure then transferred to lapses in defense which helped the air-women to ambush as they pleased.

SLSG did make amends to the defense at the start of the second quarter. It certainly did cut back the heavy artillery of the air-women. SLAF added another 10 points into the score while SLSG replied back with 12 points. It was the early leakage of points that halted SLSG from leading the match.

After the ten-minute break, SLSG were completely revamped in every aspect of the game. Their defense won them the quarter in style. SLAF lacked rebounds in both offense and defense, 90% of the boards during the penultimate quarter from both offensive and defensive ends were etched by SLSG.

That turned tables around and SLAF was in the back seat trailing the game. SLAF only managed 05 points while SLSG scored 16 points. The scores read, 29-34, SLSG leading.

Even though SLAF did tighten their screws in defense for the final quarter, they lacked rebounds from their end. Missing the second chances in scoring did not help the air-women at all in getting back the lead.

SLSG continued their game plans from the third quarter. The tight defense, quick hustle, open shots from the arc helped them to lead the game in double figures with a couple of minutes remaining. The energy SLAF showcased in the first half was not there to be seen in any department of the game.

SLAF only managed to score 15 points while SLSG replied back with a game high of 19 points to drown the air-women to secure the third place.

It was a nail biting contest from the jump-ball itself. Both teams being equally matched in all departments, it was the unforced errors that made the difference.

HDBA got off to a slow start trailing the game by a couple of points but they adjusted swiftly and squared the game 8 all with a minute to spare, and led the game by a point, 11-12, at the end of the ten minutes.

The second quarter was nothing less but more intense basketball. SLA`s quick passes and placements in the offense helped them to stay alive in the match. HDBA once more got on to another slow paced start, but equalized the game 19 all with 03 minutes to go down to half-time.

Both the teams penetrated in well using offensive ploys hence it was decided by the finer points of the game, free-throws and the three-pointers. HDBA added 08 points for the second quarter while the soldiers replied back with 09 points to close out the first half.

The third quarter was entirely dominated by the soldiers. There was no change in their game plans from the first half. Opting a fast paced game, the army-men outsmarted the opposition by its pace. HDBA`s transitions from offense to defense was slow. Rebounds were not coming in handy and they missed out closing out crucial offensive possessions.

They needed to match the energy level of the soldiers in every aspect. SLA scored 16 points while HDBA only managed 10 points.  Scores read, 29 – 37.

It was indeed the finer points that bought up the winners of the match. SLA`s shooting from the perimeter was top-notch. It slowly but surely took the game away from the opposition. Even though HDBA did play a tight game during the first half, towards the second half, players seem to be drained out.

HDBA scored 11 points while SLA went on to score a game high of 23 points for the final quarter and secured the third place.