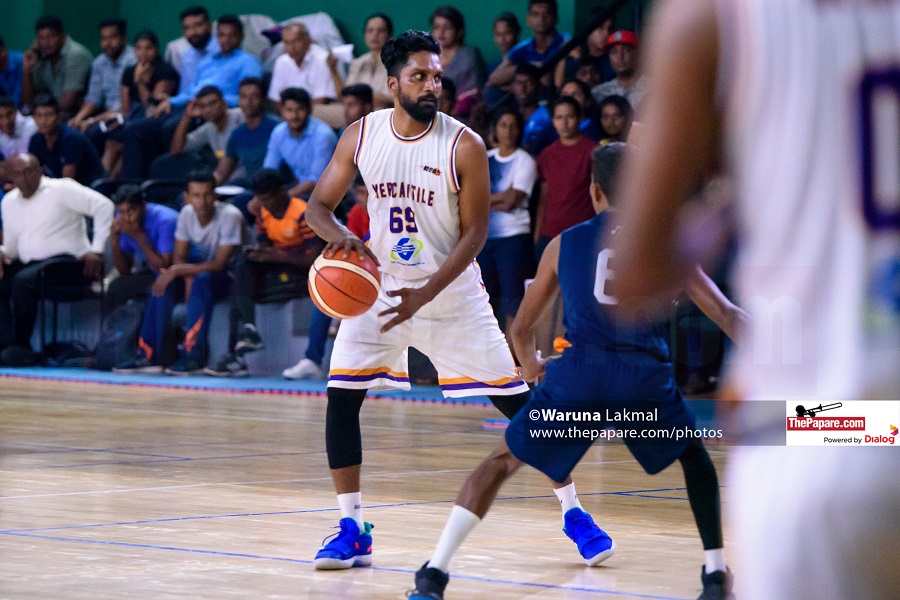 The four semi-finals of the 2018 Senior Nationals which were postponed from December 2018 were played at the Air Force Indoor Basketball Stadium yesterday (10th).

The first semi-final ended in favor of SLA, 52-47, after a nail-biting thriller between SLAF. The game was squared in the final few minutes, but SLAF missing three crucial free-throws gave Army the win.

SLA scored 16 points in the maiden quarter in reply to SLAF`s 06. The game did shift around in the second quarter as SLAF scored 16 points and SLA only managed 07. It was the penultimate quarter that really pumped up the game, the scores leveled a couple of times. SLAF added 19 points and SLA scored 14 points. SLA stepping back on the gas scored 15 points while SLAF only scored 06 in the final quarter.

The second semi-final was started off well by SLSG challenging the experienced set from MSBA. In-fact the young lasses led the game by four points at the end of the first quarter, 13-17. The star-studded MSBA team came back into the match during the latter part of the game to place themselves in the finals, the scores reading 61-49 at full time.

Even though the school girls did start of the match well, MSBA dominated the second and third quarter, 21-07, 14-05 respectively. It was only in the final quarter, SLSG scored 20 points, but it was too late for them to be placed as the winners.

The two men’s semi-finals were played as the final two matches for the day. Sri Lanka Army (SLA) took on Mercantile Services Basketball Association (MSBA) in the first semi-final. The second was matched up between Colombo DBA and Hambanthota DBA.

The first semi-final ended in favor of MSBA, 70-58. MSBA team card was filled by the best of the best national caps and it was a tough ask for the soldiers. MSBA led the game by six points at the end of the first ten minutes. Both teams scored equally, 20-20, 17-17 during the third and the fourth quarters respectively, but MSBA took things away in the final quarter.

The fourth and final match for the day ended in favor of CDBA, 39-60. HDBA scored 06 points during the first ten minutes. CDBA replied with 16 and continued their dominance to the second quarter adding another 14 points. HDBA only scored 10 points for both the third and fourth quarters while CDBA scored 14 and 16.