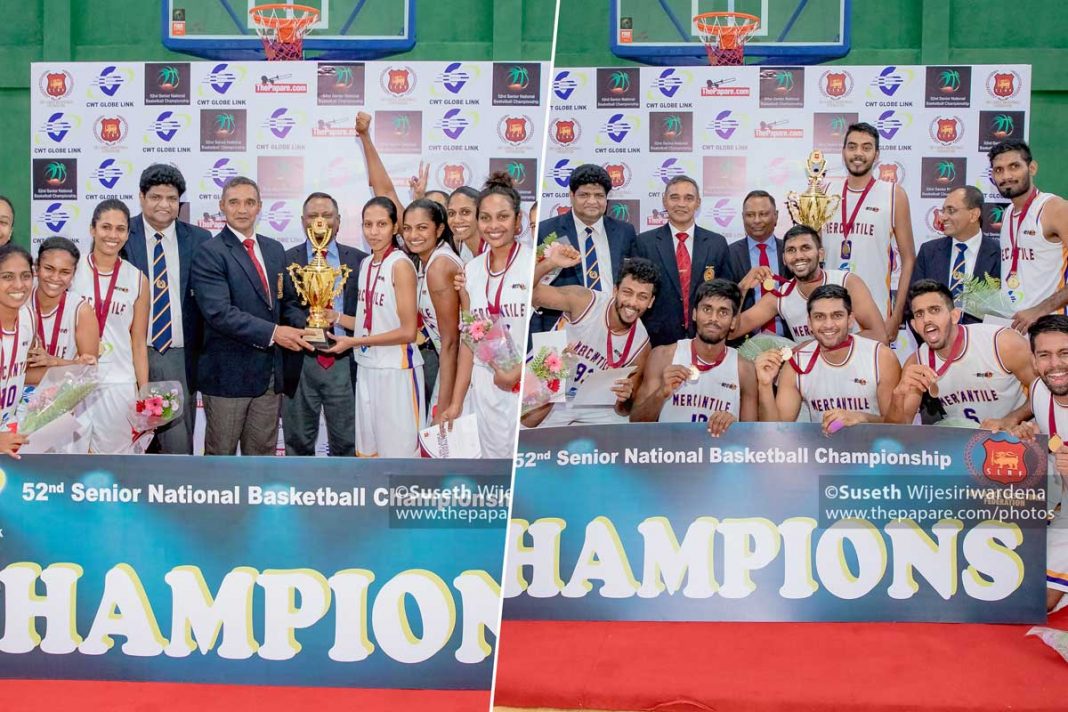 The contest began with the traditional jump-ball start. It was SLA who ticked the score board first and led the game early on. In-fact, MSBA did take a considerable amount of time to settle into the game. They did pick up during the latter part of the first quarter but by then, SLA was leading the game.

MSBA added 12 points while SLA scored 16 to keep up the lead going into the second quarter.

SLA began the second quarter with a full-court press but they had to go back to a zonal defence as it was exploited well by the MSBA. For all the points MSBA missed out on the first quarter, they made up in the second.

MSBA adopted a fast paced game which SLA could not keep up with towards the latter part of the quarter. Rebounds were dominated by MSBA and it did halt the momentum of the SLA. MSBA went on to add 18 points while SLA only replied back with 07 points.

Coming off the ten-minute break, SLA looked more formidable than the first half. Still they desperately needed to go on for set offensive plays rather than rash offensive ploys. In-fact even MSBA started doing the same mistake towards the latter part of the quarter.

It did not help either of the teams to etch more boards than the other. It was the early lead that helped MSBA to stay afloat in the game, if not, both teams played recklessly in the penultimate quarter.

MSBA added 12 points for the quarter while SLA replied back with 13 points. Scores read, 42-36 in favour of MSBA.

The final quarter was dominated by MSBA. SLA was ambushed and demolished. SLA`s offense was drained by the MSBA lasses and were kept silent for more than three minutes as MSBA went on the rampage of 10-0 runs. It was the full court press by MSBA that rattled the army-women and for them, there was no come back.

MSBA piled on 19 points for the final quarter in reply to the 12 points by SLA to defend their title from 2017.

The much anticipated final tipped off with the traditional jump-ball start. Both the teams did not get into a dashing start and took their own sweet time in settling down. It was MSBA who drew first blood and led the game till the end of the first quarter. On the part of the CDBA, their shots did not swish the nets as most of the shots fell out on the rim.

Neither of the teams depicted fast paced play but went on with the rhythm establishing themselves for the next three quarters of the match. Maiden quarter ended with MSBA leading, 15-11.

MSBA went on to add another 15 points during the second quarter while CDBA only replied with 13 points. CDBA lacked rebounds and tight defence. They did miss a host of second chances that could have been converted into points and from the offensive aspect they did not have a good day at office for shooting.

CDBA`s first half performance was no-where to be seen after the ten-minute break. For the entire third quarter they only added 05 points while MSBA replied with a strong 20 points. CDBA was down in all departments, shooting, rebounding, fitness, offense, all were below par. Closing down the penultimate quarter, scores read, 29-54, MSBA leading comfortably.

There was not much difference in the fourth quarter as well. The dominant third quarter performance by MSBA sealed the deal as they secured the title of the 52nd Senior Nationals 2018.