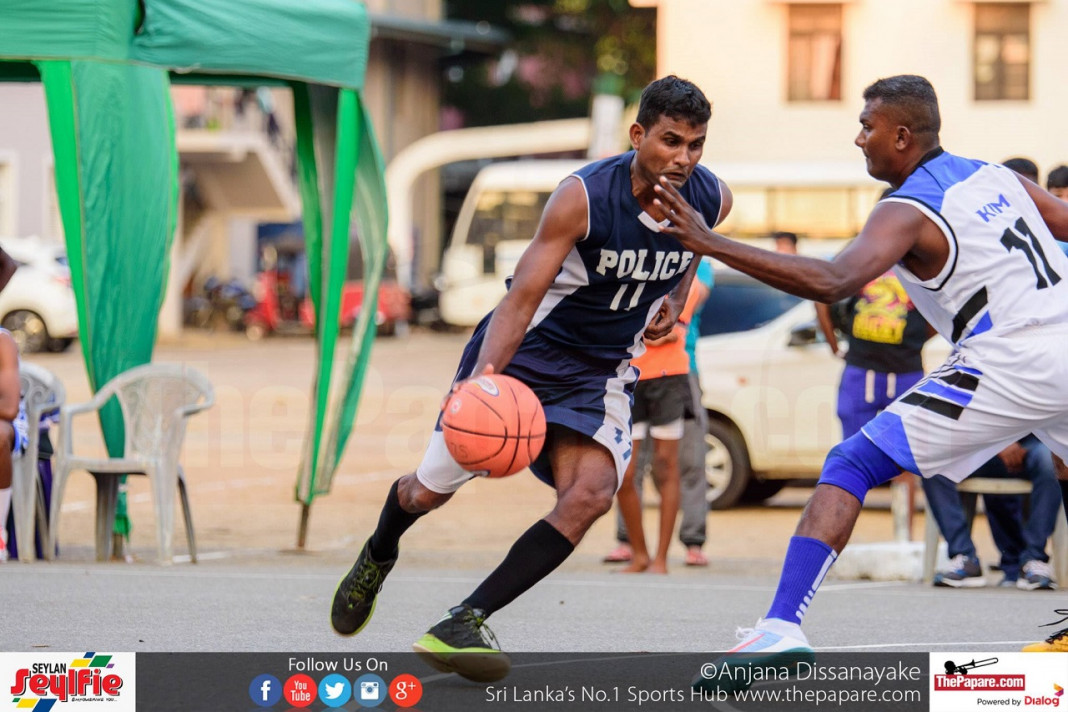 As the Basketball Senior Nationals got underway, the Police Park basketball court was witness to a few intense matches. The matches for the day started off with Police taking on Air Force which Air Force won after a tight game. 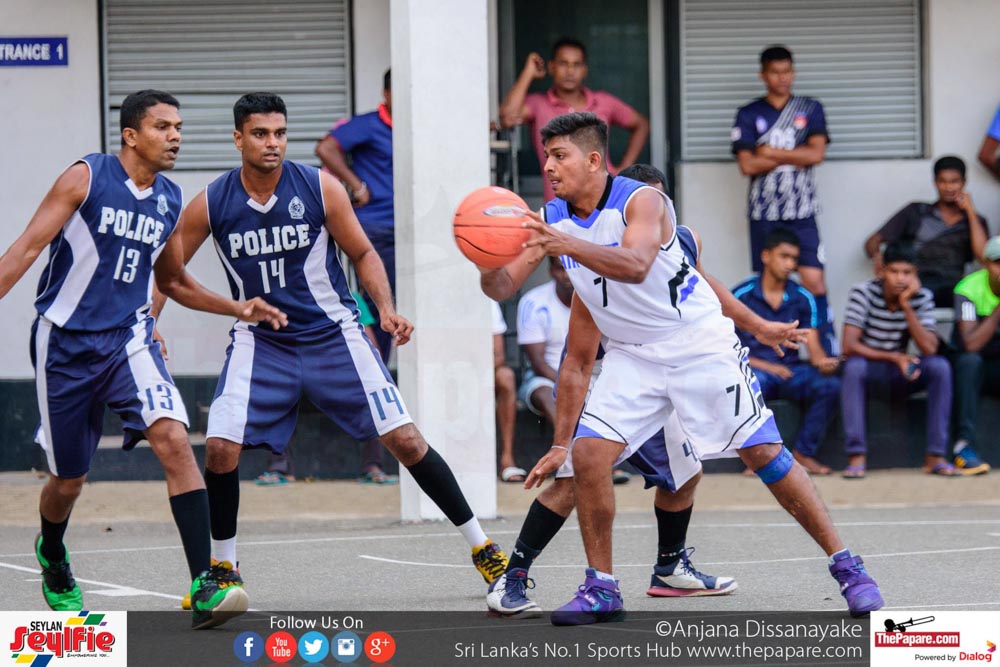 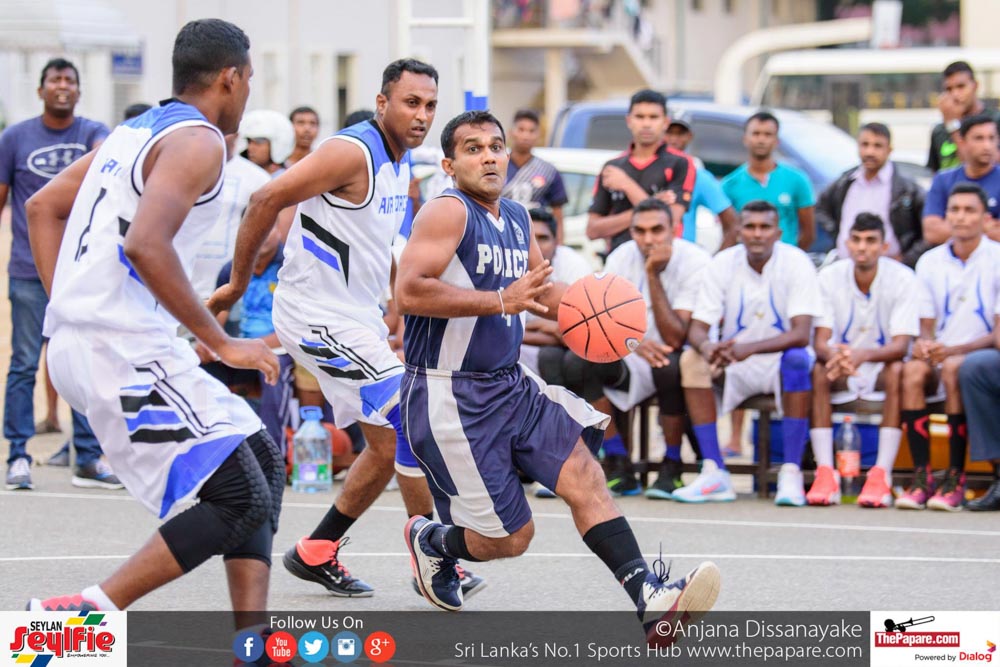 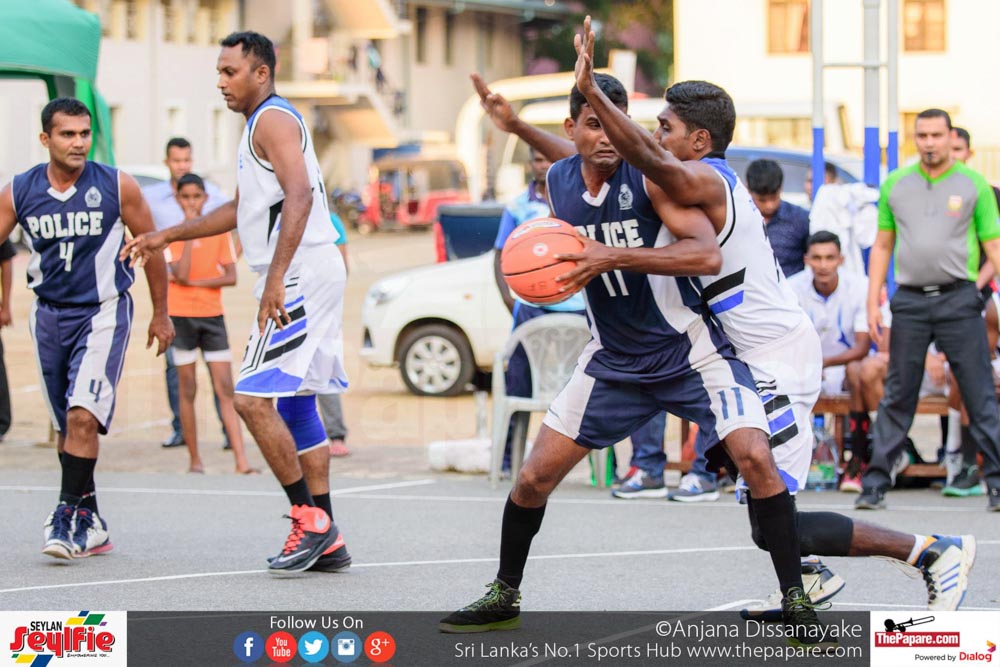 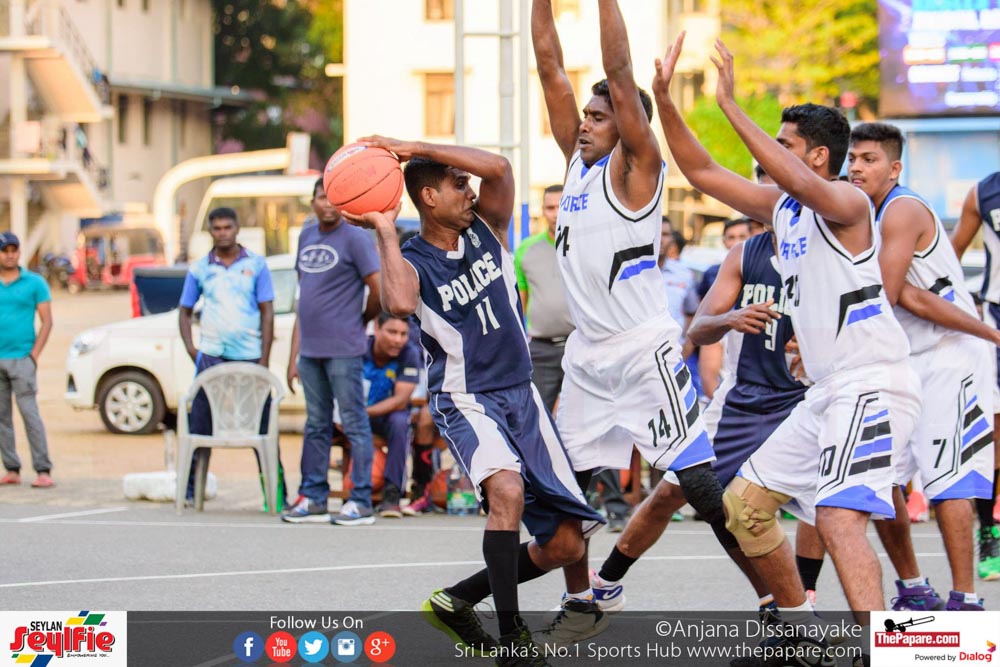 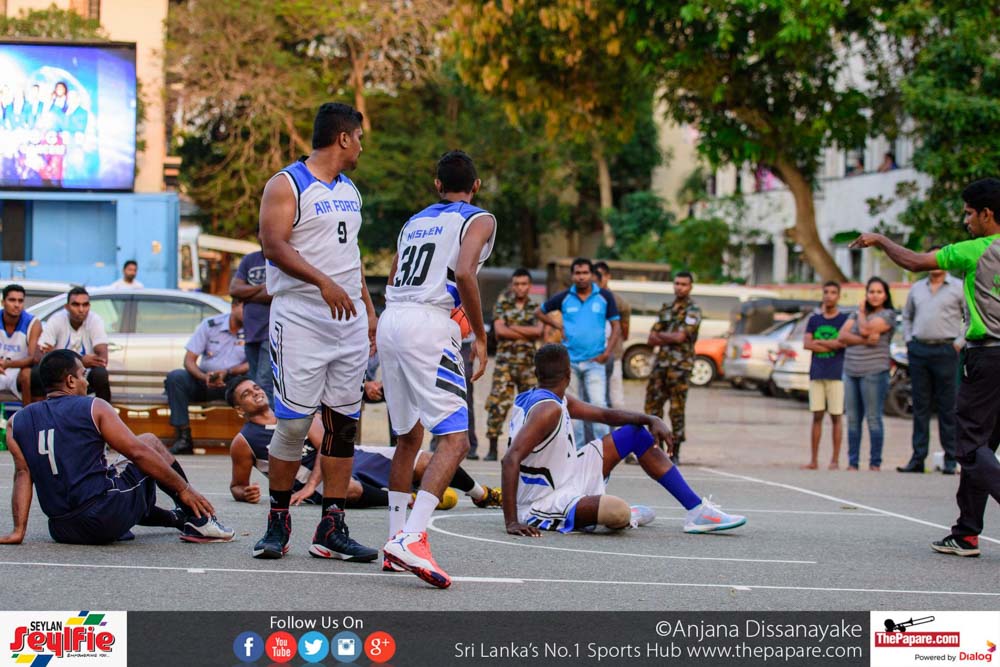 The second was Air Force vs Army (Girls), a comparatively slower game in which Air Force won again and finally it was Sri Lanka Schools vs Colombo District Basketball in which the latter, the more experienced team, wiped the floor with the school boys.

The first game between Police and Air Force started off well for Police with great team coordination thanks to a few passes the Air Force just couldn’t anticipate, Police took an early lead. Both teams employed an intense man to man defence leaving no room for the other to budge. It didn’t take too long for the Air Force team to get warmed up and get into the game as they turned the tables and took control halfway into the 1st half. It turned into a back and forth scoring competition with these 2 equally matched teams taking turns at leading, but it was the Police team who went into lemons ahead by 2.

The first team to get a substantial lead in the game was the Police team as they went ahead by 06 points but Air Force scored a few consecutive shots from fast breaks and took control of the game by 6 immediately. As the pressure grew on the Police team to catch up during the final few minutes of the game the Air Force team stalled the game, passing the ball around and secured a win. 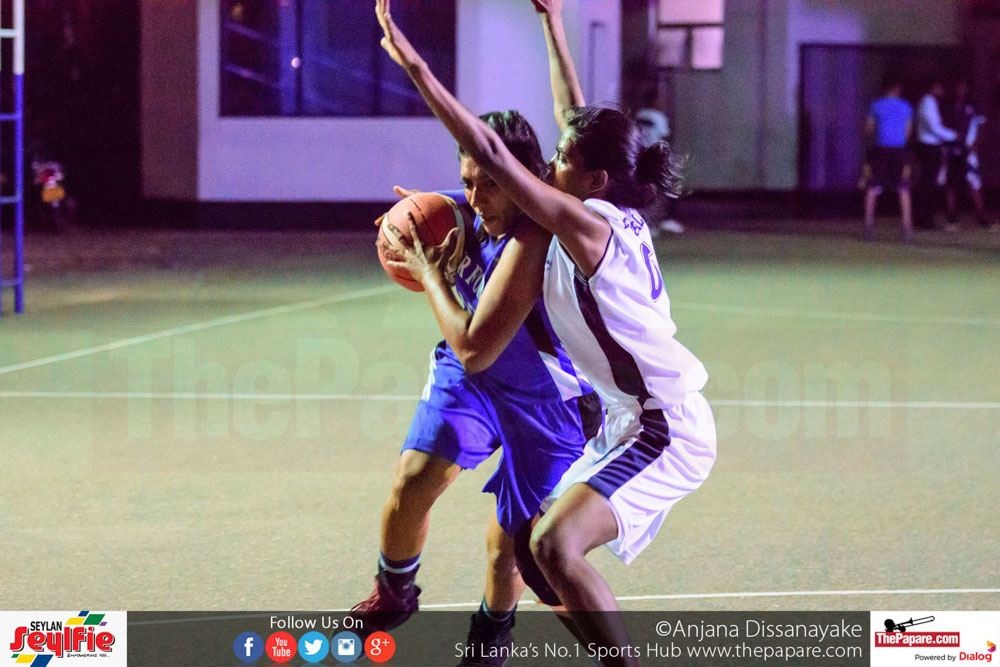 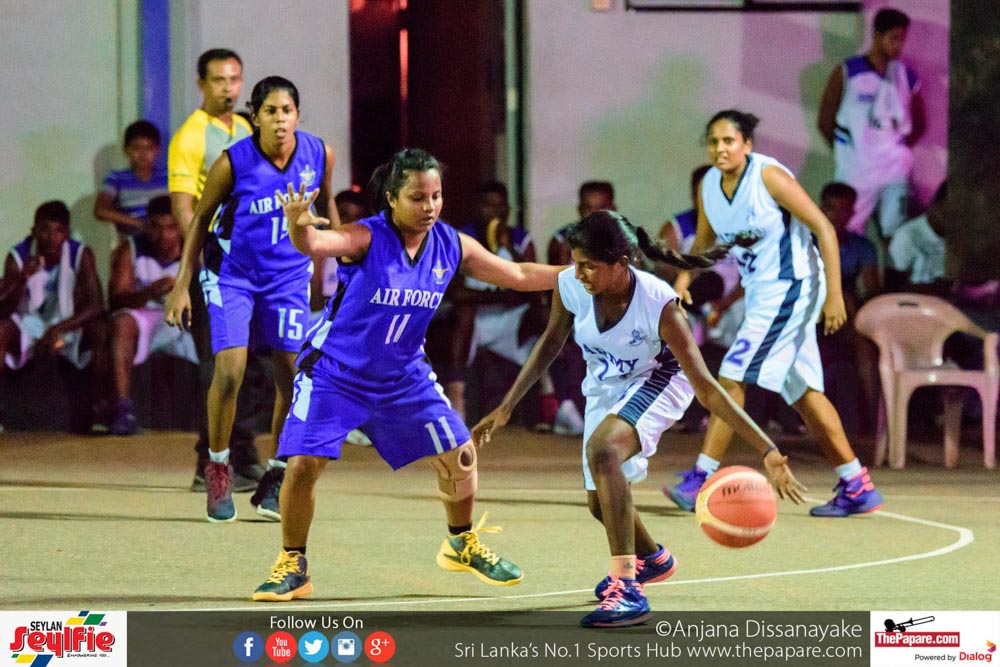 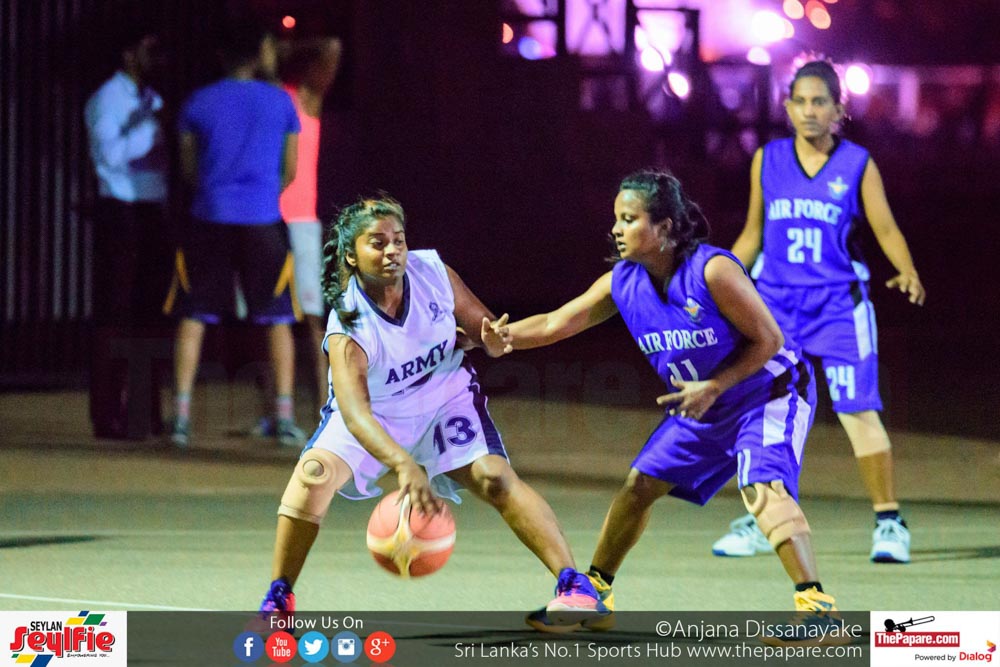 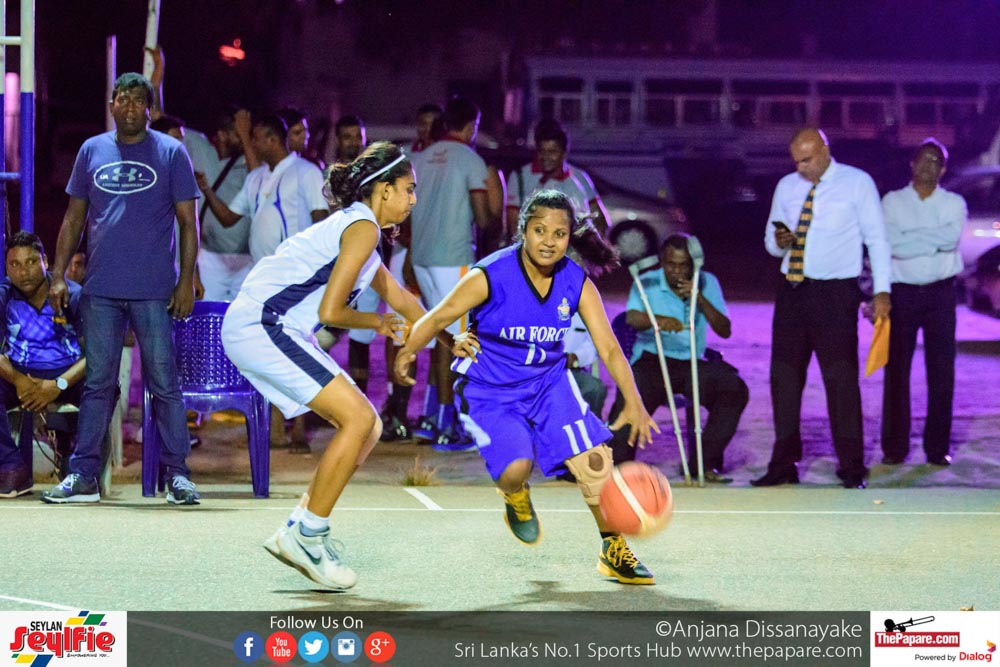 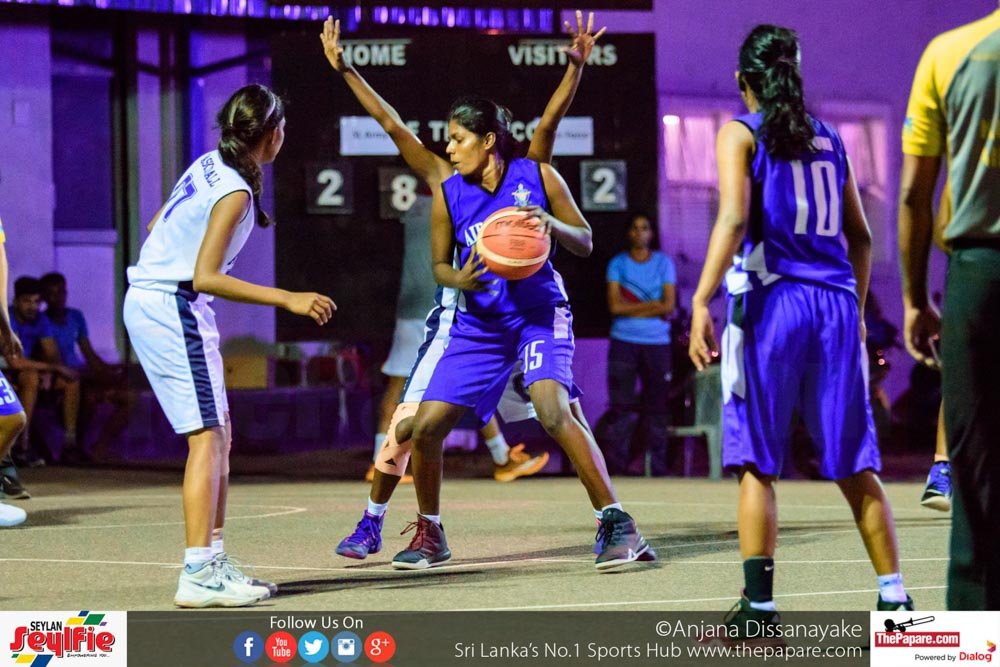 The second game for the day was between Air Force (Girls) and Army (Girls). It wasn’t a good start for either team as they struggled to get shots in, losing the ball close to the ring due to clumsy ball-handling. The Air Force team was the one to score first from downtown. Air Force opted for a man to man defence whilst Army went with a zone defence. The Air Force team opted to try their luck around the perimeter although most of their shots didn’t connect. Army, on the other hand, was struggling to collect rebounds losing out on many scoring opportunities.

Both teams had sub-par defensive strategies with wide open gaps that could have been used to score but neither team took advantage of these opportunities. During the final quarter of the game, Air Force came in with a revised game strategy as they passed around the perimeter looking for the open man to drive in but the Army team didn’t let up on their defence. With just a couple minutes left on the clock, Army switched to a half-court press to try and catch up and although they tried hard, their efforts were in vain as Air Force took another win for the day. 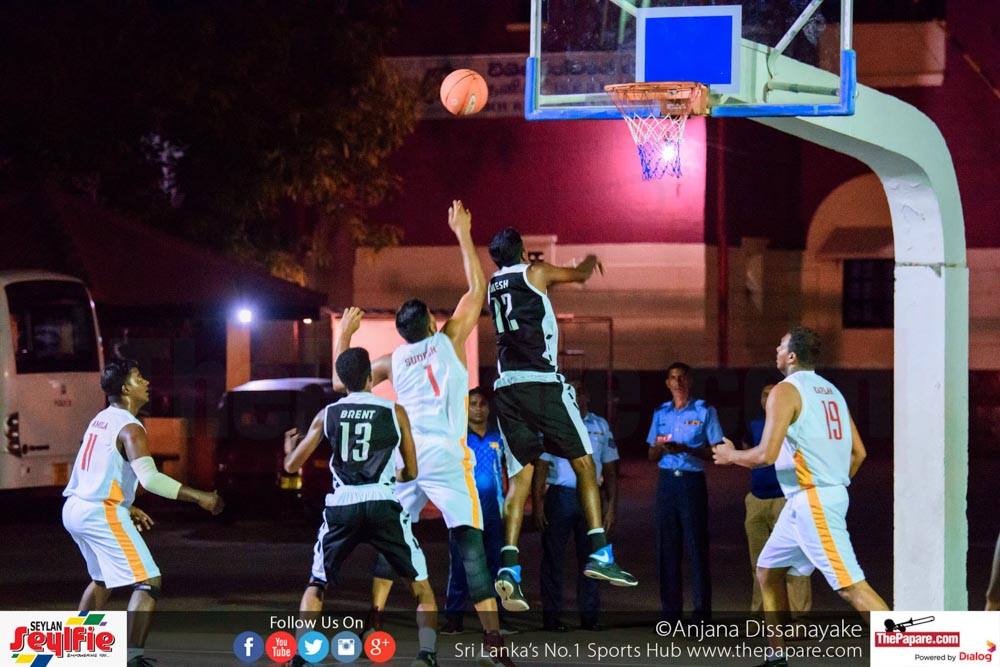 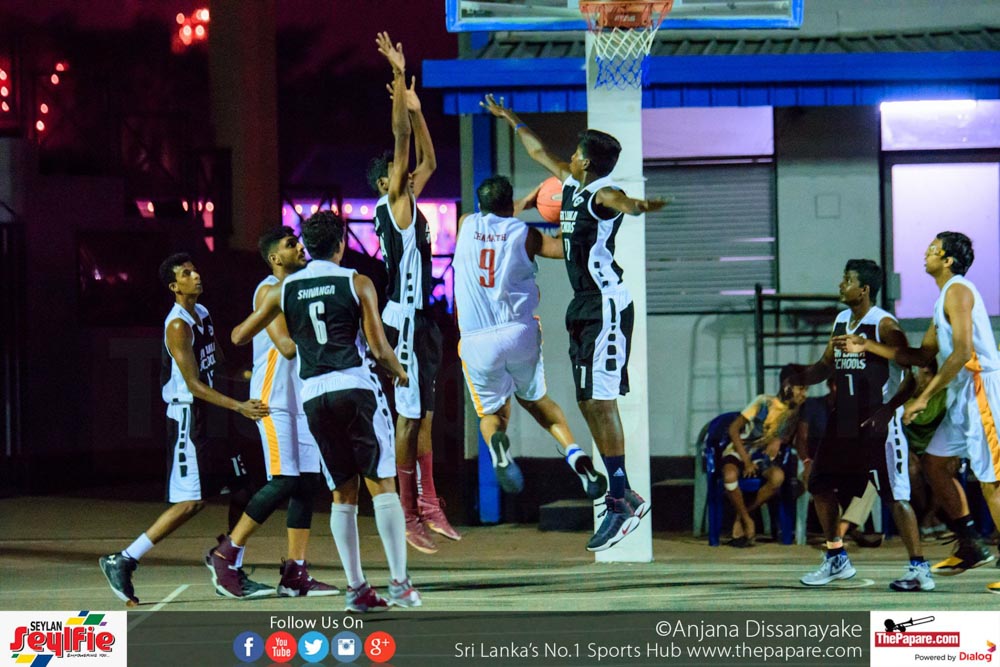 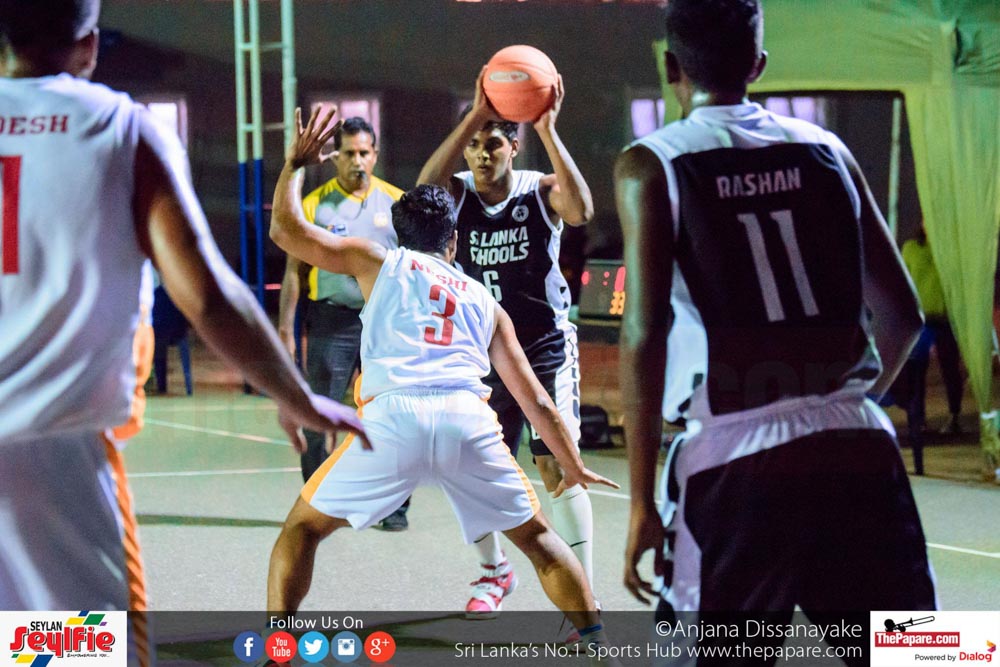 The final match was that of Sri Lanka Schools vs Colombo District Basketball Association. It was a very strong start for Colombo, getting shot after shot as the Schools team was left stunned with no chance of catching up because they struggled to get past the Colombo zone defence. The Schools team were the underdogs in this game going up against a far more experienced team and it was clear as the Colombo team exploited even the smallest of gaps in the School defence and powered through to finish strong at the rim.

The schools team was forced to take jump shots as they found it difficult to penetrate the defence although this was not an issue as Arnold Brent kept scoring from downtown, to keep the team alive. Halfway into the first half, the Schools team caught up somewhat yet weren’t able to take the lead as they trailed by 13 going into lemons.

The Schools team was outmatched but resilient, not giving up at any point as they even caught up reducing the deficit to just a couple of baskets at one point but it was difficult for the Schools team to collect rebounds. The Colombo team used their size advantage to power through and consistently finish at the rim as the Schools team began to slow down. All that the Schools team could hope to do was reduce the deficit as they had no chance of turning the tables on this game as the deficit was too large to overcome.