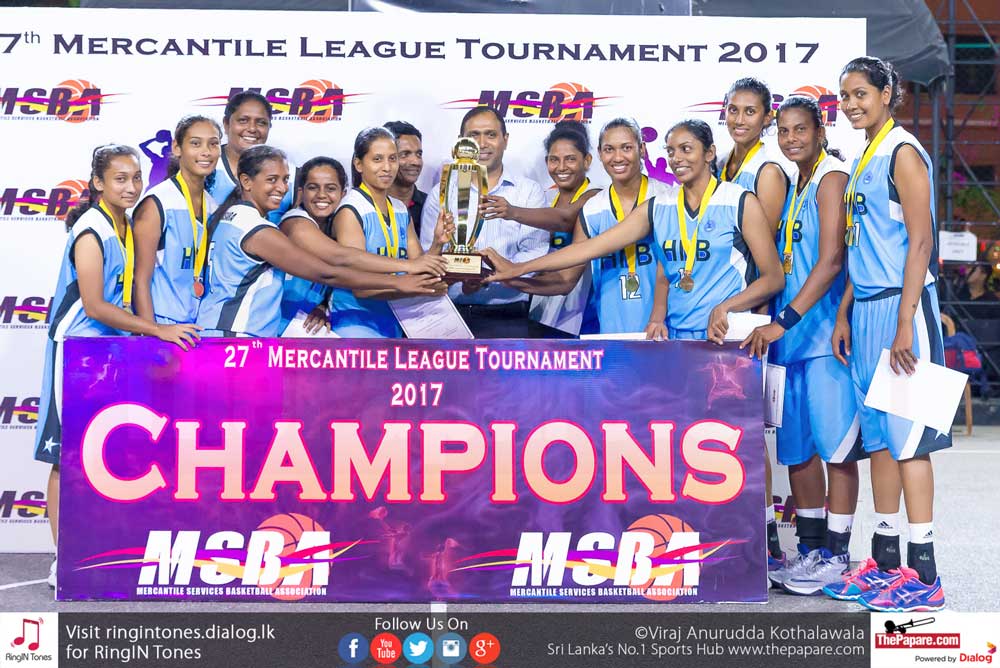 “Commercial Credit Coach: We’re a team that plays to win, we’re going to capitalize on our strengths and hopefully win ourselves another championship”

“Hatton National Bank Coach: I was away for a little while on a national tour but while I was gone they have done well and I’m confident that they can do well today since we have some very talented senior players and a great overall team.”

Commercial Credit took first possession of the ball but after a couple attempts from both sides to get the first basket it was HNB who scored first. Throughout the first quarter, Commercial Credit seemed to be having terrible luck with their jump shots as none of them were connecting in addition Commercial Credit lost possession of the ball once they brought it to the other side of the court losing out on many scoring opportunities. Both teams had opted for a man to man defence to reduce the number of shots taken by the other team. By the end of the first quarter, HNB had taken a slight lead.

As the game went on Commercial Credit continued to have bad luck with their shots while HNB, on the other hand, penetrated the defence to finish strong near the rim this was followed by collecting the rebound as well giving them a lot of second shot opportunities. Commercial Credit moved into a half court press but they failed to stop the HNB layups as HNB created a significant deficit by the end of the first half.

During the third quarter, there was no change to the leader board as HNB continued to assert their dominance over Commercial Credit and even got a few shots from downtown to increase the deficit further. It was the lowest scoring quarter of the game for both teams as they began to focus more on their defence.

Approaching the final 10 minutes Commercial Credit had a lot of work ahead of them if they wanted to turn the tables on HNB but their failure to collect rebounds didn’t help their cause. With time running out Commercial Credit began to rush their plays and miss their jump shots. Although they did manage to close the gap capitalizing on the many free shots they received due to the HNB teams fouls. Even though they dominated the quarter it was a little too late since they were trailing by 11 and they ran out of time. Hatton National Bank came out on top as the champions of the Mercantile League triumphing over Commercial Credit

The HNB coach shared her thoughts with ThePapare.com on the match and had this to say: “We played well had good team work and I think that’s what made the difference but we’re all very happy that we won the finals I’m extremely proud of this team.”

Ukraine to do without Kurasova

May 7, 2015
Avatars by Sterling Adventures