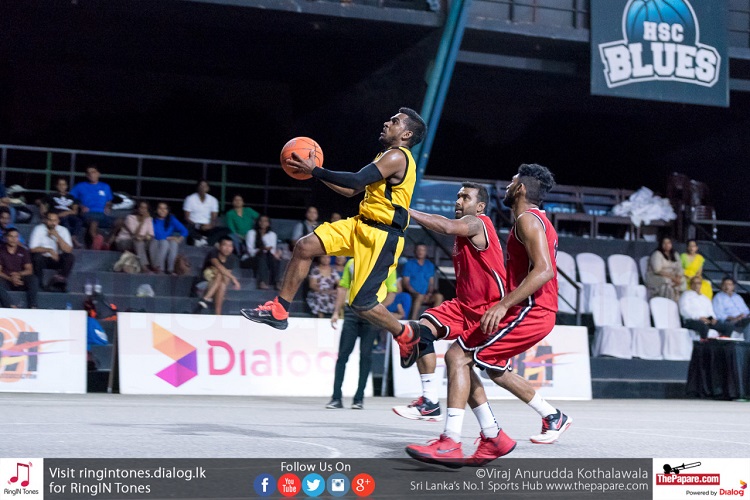 Seylan Bank got off to a solid start scoring 24 points to Ranawana’s 17 points in the first quarter but were unable to keep up the scoring in the subsequent quarters. Dion Muthukumarana and Gayan Samaraweera were the main offensive players for Seylan Bank scoring 19 points each for their team. Captain Dilan Perera was the highest scorer for Ranawana securing 18 points for his team.

Ranawana came back strongly in the second quarter after being outscored by 7 points in the first quarter. It was during this quarter that Ranawana started settling to the game and tightening their defense. This allowed Ranawana to outscore Seylan in the second and fourth quarters as well. However, Seylan managed to keep up their scoring to secure a 2-point lead. Seylan Bank made sure that they kept the momentum throughout the game to grab the win in their favour.

Dhananjaya Polkotuwa shot a three pointer at the start of play to get Seylan Bank to a strong start.  Dilan Perera’s and Sameera Sandaruwan’s fast breaks and accurate free throws were not enough for Ranawana to outscore Seylan Bank. It was a hard-fought battle with Ranawana dominating the rebounds, Dilan Perera played with ease as he managed to dribble past his defenders for easy layups.club basket ball

As the last quarter began Ranawana gave a hearty fight at the start but it was the defense given by the big men in Red that managed to halt Ranawana and give Seylan the win.